A taste of some of Kanagawa's local foods

With its long coastline, interior mountains and international port cities, Kanagawa Prefecture is a surprisingly rich haven of varied cuisines and cultural influences. Seafood dishes featuring locally sourced ingredients are prized here, pious foods representative of the nation's Buddhist history feature while the port cities and their connection with the outside world helped in developing new and exciting foods that are now beloved by the nation. Here is a simple guide to some of the regional cuisine of Kanagawa.

Tiny young sardines served on a bed of rice, shirasu-don is one of Kanagawa's most famous dishes, particularly the Kamakura area. Sometimes mixed with other seafood toppings, the dish comes in two main varieties, one with the refined taste of fluffy boiled shirasu, and the other raw with a chewy texture and deeper flavour.

The long time naval base of Yokosuka saw the adoption of curry from British servicemen by Japanese naval men. Adapted to local tastes, the kaigun curry, or naval curry, has a thicker texture and makes a decent use of meat and vegetables. Now a staple of the area, kaigun curry was the beginning of curry culture in Japan.

The international port city of Yokohama saw the introduction of beef into Japan. Suiting local sensibilities, the beef was sliced thin, mixed with vegetables and simmered gently in a miso-based hotpot full of rich flavours. One of the city's most popular foods, the dish inspired other hotpot style Japanese foods. 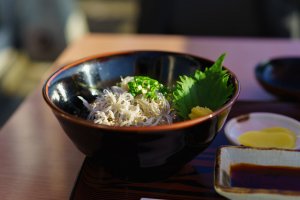 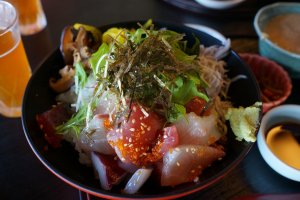 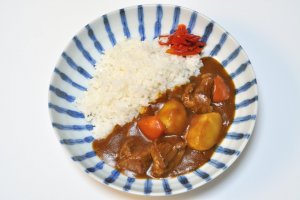 Sherilyn Siy a month ago
Japanese curry makes it in the regular rotation in our family menu.
Reply Show all 3 replies

Sleiman Azizi Author a month ago
Oh, it's so common now that its origin in the country is easily overlooked.
Reply

Kim B a month ago
A regular for us, too! The kids wolf it down!
Reply

Elizabeth S a month ago
Most work weeks, I have Japanese curry full of veggies. It sticks to your ribs, as my grandfather would say.
Reply
4 comments in total
Back to Contents