A taste of some of the local foods of Kochi

Kochi Prefecture has a splendid simplicity to its cuisine. Its massive Pacific Ocean coastline guarantees good quality seafood catches, the most famous being the area's nationally loved skipjack tuna. Home-style nous turns common dishes like noodles into seemingly simpler yet heartier ones while Kochi's expertise in citrus horticulture is nationally recognised. Here is a look at just some of the local foods of Kochi.

A huge smorgasbord of food on a platter, sawachi ryori began as a seafood feast but these days diners will find all manner of foods offered. Commonly seen at drinking parties, the platter is different each time and literally overflows with all kinds of food including shellfish, bream and bonito, as well as fried foods, sushi rolls, pickles and even fruit.

Probably Kochi's most famous food, katsuo no tataki is a deliciously strong dish of skipjack tuna grilled over a straw flame. Seared enough so that the centre flesh remains red, the food is usually garnished with some simple condiments like scallions, ginger and grated wasabi. A dash of sea salt or ponzu-based citrus sauce helps to seal the flavour deal.

One of those great meal ideas, nabeyaki ramen is basically ramen noodles served in a clay pot. The soup is traditionally made from chicken broth and served with thin noodles, sliced chikuwa fish cakes, vegetables and a raw egg. Simmered in its pot, diners often add a small bowl of rice and turn the dish into a kind of hearty porridge.

With the perfect climate in Japan to grow them, Kochi's Tosa buntan is the prefecture's speciality. A sweet, almost orange-like in taste, this citrus fruit was named after the original name of the prefecture. Leaning towards grapefruit in size and appearance, they are typically enjoyed as is or as a jam or jelly. 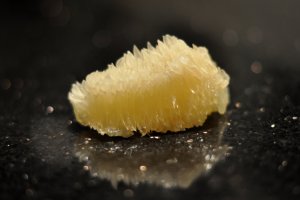 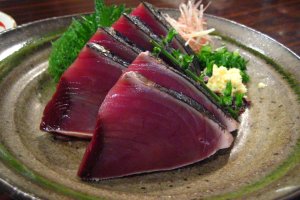 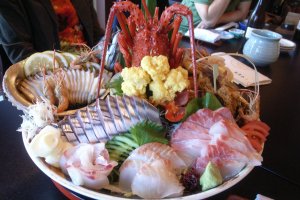 Sherilyn Siy 3 weeks ago
I wonder how they keep the ramen in the nabeyaki from getting too mushy.
Reply Show all 1 replies

Sander van Werkhoven 3 weeks ago
Of this list I only had katsuo no tataki, several times actually. It's so good!

But apart from the food itself, Kochi city also has one of the most fun places in Japan to try the food: Hirome Ichiba!
Reply Show all 1 replies

Sleiman Azizi Author 3 weeks ago
First time I tried katsuo no tataki, I was, to put it mildly, very satisfied...
Reply

Kim B 3 weeks ago
Wow, the sawachi ryori definitely looks like something to impress a crowd with!
Reply Show all 1 replies

Elena Lisina 3 weeks ago
Japanese food is such a rich and big theme!!!
Reply Show all 1 replies

Sleiman Azizi Author 3 weeks ago
UNESCO-listed....
Reply
8 comments in total
Back to Contents