A taste of some of the local foods of Shizuoka

Headlined by the aromas and flavours of green tea, the cuisine of Shizuoka prefecture is both elegant, personable and above all tasty. Japan's zest-filled flavour of the wasabi root finds its origins here while unique seafood, like the amazingly sweet sakura shrimp share the gastronomical corridors of the region with rich hearty flavours of dishes like the prefecture's signature winter hotpot dish. Here is a simple guide to some of the regional cuisine of Shizuoka.

Only found in Shizuoka's Yui Harbour, sakura ebi are an extraordinarily sweet and juicy species of shrimp. These translucent delicacies are an absolute treat when eaten raw - no need for any additional flavouring - but when dried or fried as kakiage, the condensed flavouring turns out to be just as delicious.

Literally pickled wasabi, Shizuoka's famous zingy root gets a flavour treatment as wasabi zuke. A traditional local speciality, wasabi zuke is as rare and expensive outside of the prefecture as it is delicious and famous within it. Pickled in sake lees, all parts of the wasabi root can be used, leading to a satisfying kick in flavour that goes well with drinks or as a side dish on its own.

Different from the more common oden, Shizuoka oden is simmered in a broth of strong soy sauce and beef stock, giving this hearty hotpot dish a decidedly dark colouring. In addition to its colour, the ingredients of Shizuoka oden are all served skewered and with a helping of dried fish seasoning and aonori seaweed, makes for a great eat during the winter months,

With over forty percent of Japan's green tea production based in the prefecture, it's safe to say that Shizuoka green tea is nation's teapot of heaven. With whole swathes of the prefecture covered in gorgeous tea plantations, a millennium of cultivation now offers a fascinating variety of delicious aromatic flavours and fragrances. 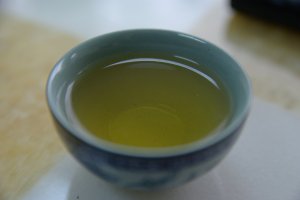 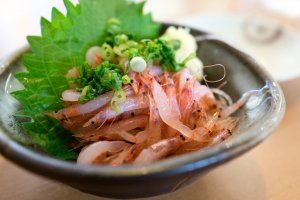 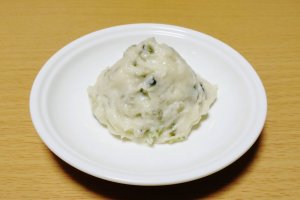 Peter Sidell a week ago
As well as all these, Hamamatsu is famous for its eel!
Reply Show all 1 replies

Sleiman Azizi Author a week ago
Oh god eel is yum. I'm hesitant to include eel these days, though. Very much on the endangers list so...
Reply

Sander van Werkhoven 2 weeks ago
Shizuoka oden is the best! The usual oden might be pretty good too, but the Shizuoka version packs so much more punch.

Wasabi zuke will be on my list for my next visit to Shizuoka....
Reply Show all 1 replies

Sleiman Azizi Author a week ago
It's often forgotten that Japanese food can 'pack a punch.'
Reply

Elena Lisina 2 weeks ago
I always prefer green tea, but my favorite is Chinese as I was told - with jasmine.
Reply Show all 1 replies

Sleiman Azizi Author a week ago
Jasmine is a nice flavour.
Reply

Kim B 2 weeks ago
I agree with Elizabeth about the differences in tea! I've come to appreciate tea so much more, and Shizuoka tea is good stuff.
Reply Show all 1 replies

Sleiman Azizi Author 2 weeks ago
Good stuff is always worth appreciating, I think.
Reply
12 comments in total
Back to Contents