A taste of some of the local foods of Toyama

Courtesy of its proximity to the fabulous Toyama Bay, Toyama prefecture is blessed with some of the nation's freshest seafood. Visitors will find a multitude of seafood options including the region's famous trout served almost as a sushi pie, a magically delicate shrimp and the mysterious wizardry of a springtime squid that glows in the dark. Along with such ocean bounties, the prefecture is also famous for its hearty winter meals like the prefecture's signature black-brothed noodle bowl. Here is a simple guide to some of the regional cuisine of Toyama.

Originating in Edo perido, Toayama's masazushi is trout sushi wrapped in bamboo leaves and then pressed into a round shape. Usually sliced into pie pieces, the salted trout and vinegared rice combine with the aroma of the bamboo leaves to create little bites of heaven. Popular now as an ekiben train station souvenir, masazushi is one of the region's most popular foods.

Made from soy sauce and dashi stock, Toyama's signature black ramen broth is easily recognisable by its black-coloured soup. Despite being commonly served with liberal amounts of pepper, dollops of shredded green negi and slices of succulent pork, black ramen can be surprisingly light and has been satisfying noodle lovers for decades.

Found only in Toyama Bay, shiro-ebi are shrimp and affectionately called the 'Jewel of Toyama Bay.' Caught during the summer, the refined sweetness of these delicate creatures see them eaten as sashimi or served on a bowl of rice, either fresh or with the added crunch of being slightly fried as kakiage.

These glow in the dark little squids are a dream meal in Toyama. Caught only in the spring from Toyama Bay, a treasure chest if there ever was one, hotaru-ika are often eaten straight boiled with some added kick like miso, vinegar and mustard. Famously served straight form the waters during night cruises, this regional delicacy is a highlight for visitors. 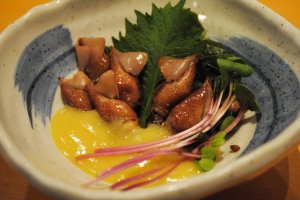 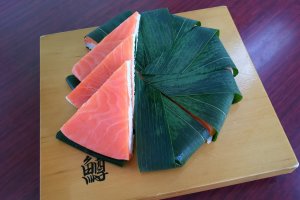 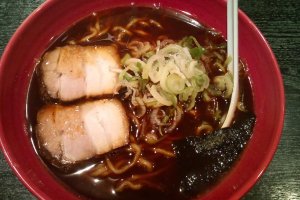 Sander van Werkhoven 9 months ago
Four out of four, that's a bingo!

Toyama black ramen is one of my favorite types of ramen. Lots of taste, but not as overwhelming as some other ramen.

As for the hotaruika, unfortunately i couldn't manage to get on a cruise, but the Hotaruika Museum in Namerikawa was very interesting, and also had a great restaurant where I could try hotaruika prepared in a variety of ways.

Sleiman Azizi Author 9 months ago
I love my ramen but as you get older you start to adjust to some realities. Lighter ramen is not bad at all. For me, as long as the noodles are proper firm, then I'm good.
Reply

Elizabeth S 9 months ago
My favorite kind of ramen for the longest time was tonkotsu. And then my doctor said mind the cholesterol! Maybe that black ramen is the ticket.
Reply Show all 1 replies

Sleiman Azizi Author 9 months ago
I'm a tonkotsu person myself but you know, I'm no longer 21 either so...
Reply

Kim 9 months ago
Whilst I don't think I'd eat masazushi, I still admire the presentation!
Reply Show all 3 replies

Kim 9 months ago
I struggle with raw stuff a lot of the time (I know, I know...I like my food cooked and I can feel the disdain from here!!) but my husband has had it and loved it. He's the adventurous eater of the two of us!
Reply