Introducing the ramen of Kansai

Soy sauce-based broths may be a standard feature with the ramen from Japan's Kansai region but that's where the similarities end. Heavy broths and thick noodles are the rage in sophisticated Kyoto, Wakayama prefers its noodles nice and thin, wild Osaka takes a minimalist approach while Hyogo is home to light and sweet ramen. Here is a simple introduction to just some of the ramen in Kansai.

Kyoto ramen from Kyoto prefecture is strong, rich and absolutely bursting with flavour, a stark contrast to the prefecture's image of refined high end cuisine. Flavoured with pork and chicken stock, the soy sauce-based broth is quite full and sticky, holding a good serving of medium thick noodles that have been cooked until they are soft.

Thin straight noodles served in a soy sauce-based broth that is either clear or creamy with tonkotsu, Wakayama ramen from Wakayama prefecture is often thought of as a combination of the ramen of Tokyo and Shikoku. Curiously, boiled eggs and pressed sushi will usually feature as a side dish with Wakayama ramen.

Takaida-kei ramen from Osaka prefecture features noodles that are deliciously thick, straight and served in a dark soy sauce-based broth. Flavoured with both chicken and kelp stock, toppings with Takaida-kei are minimal, mainly a liberal helping of thickly cut negi green onion, large slices of seasoned bamboo shoots and some pork.

A noodle dish said to be traditionally popular with the ladies, Banshu ramen from Hyogo prefecture features a hint of light sweetness to its soy sauce broth. Flavoured with chicken, pork and vegetables, Banshu ramen turns out to be much less saltier than most ramen while its noodles are decidedly thin and curly. 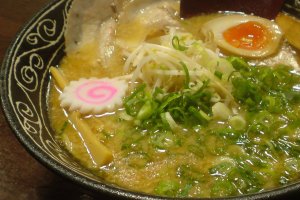 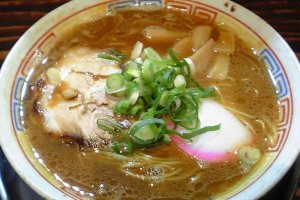 Sander van Werkhoven 5 months ago
Interesting how the Kyoto and Osaka ramen are about the opposites of what you'd expect from both cities....
Reply Show all 1 replies

Sleiman Azizi Author 5 months ago
Right? That surprised me too.
Reply

Elizabeth S 5 months ago
You shouldn't miss ramen in Kyoto. One of my favorite meals there was chicken-based broth with yuzu seasoning.
Reply Show all 1 replies

Elena Lisina 5 months ago
Oh, yes, ramen in Kyoto is very popular! Actually we couldn't find anything but ramen in most of the touristic spots! :D
Reply Show all 2 replies

Sleiman Azizi Author 5 months ago
It wouldn't surprise me if ramen ever became Earth's representative food in any intergalactic food challenge...
Reply

Elena Lisina 5 months ago
Maybe, but not here. Pizza will win! :D
Reply
7 comments in total
Back to Contents