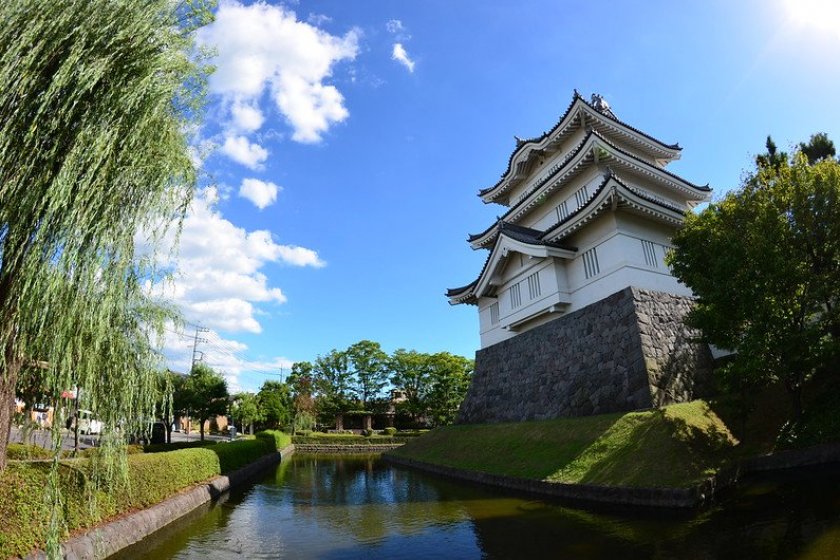 You may wonder, with Japan’s long and fraught feudal history, where are all the castles? The foundations of thousands of castles are under your feet in the vestiges of castle towns.

Castles of the Sengoku era, up until the 17th century, were mostly wooden and lost in sieges.

In the Edo era, castle building flourished as feudal lords used them as luxurious homes from which to rule over their domains. When the Meiji Restoration in the 1860s brought imperial rule back, the lords were relieved of their power, and many of the lords’ castles were either destroyed or simply fell into disrepair. Saitama Prefecture has vestiges of this earlier age in the form of reconstructed and preserved castle sites. Many of the sites make great day trip destinations from Tokyo.

The floating castle of Gyoda City, built by the Narita clan in the 15th century, took advantage of the floodplain between the Tone and Arakawa Rivers. The main keep, torn down in the Meiji Restoration, was rebuilt in the 1980s and houses a museum. Inside, you will find displays of the city’s famous product, tabi footwear, and a tribute to Nobou no Shiro, the historical novel and hit movie that chronicles the siege of Oshi Castle.

Slip back in time to the castle’s heyday in November when the castle is the backdrop for Oshi Castle Period Festival. You can imagine the Edo era while watching a procession of armed warriors reenact historical events and see a live demonstration of matchlock guns.

Oshi Castle is a 12-minute walk from Gyodashi Station on the Chichibu Railway.

On your way to Nagatoro, stop by Hachigata Castle and museum, a Sengoku era castle of impressive size. Although the few structures you see are foundations of fortifications and reconstructions, the museum provides a CG presentation and detailed historical interpretation.

The castle is the location for Yorii Hojo Matsuri most years. This historical festival in early May commemorates the siege of 1590 when General Hojo with only 5000 warriors held off the 50,000 soldiers of Toyotomi Hideyoshi.

Hachigata Castle is a 20-minute walk from Yorii Station on the Tobu Tojo Line.

Kitain, the Tendai sect temple in picturesque Kawagoe City, preserves a hall that once belonged to Edo Castle. Shogun Tokugawa Iemitsu, an associate of Kitain’s priest Tenkai, gifted the hall to the temple after a fire. The remaining palace buildings at Edo Castle were lost in the Great Kanto Earthquake of 1923, so this is where you to see the home of the Tokugawas and relics of their time in the old capital. Kitain is a 15-minute walk from Honkawagoe Station.

Kawagoe City is a castle town replete with heritage buildings that get the most attention from visitors. However, you might not notice the castle foundations because they lie under a sports park and residential buildings. One precious part of the castle remains, the Honmaru Goten, the castle’s palace residence. Kawagoe’s palace is one of only four extant in Japan. Honmaru Goten is a 15-minute walk from Kitain Temple. 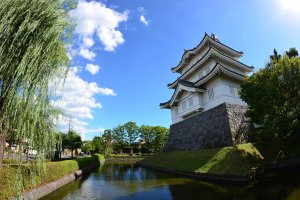 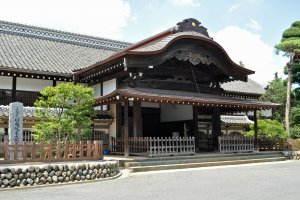 Lynda Hogan 5 months ago
Wonderful summary of some of the key castles in Saitama Prefecture. I think ones like these with some structures to explore have more of a global appeal than those with just the ruins.
Reply Show all 5 replies

Sleiman Azizi 5 months ago
I agree. It takes some extra imagination and motivation to conjure up interest in a few stones and contours.
Reply

Elizabeth S Author 5 months ago
I recommend going Oshi Castle and Hachigata Castle when there are festivals that bring the history to life.

Years ago, I performed in the Oshi Castle period festival. It's a time warp for participants and visitors alike. I hope Yorii Town's Hojo Matsuri is revived next year.
Reply

Lynda Hogan 5 months ago
I've wanted to go to the Hojo Matsuri for years, but due to the kid's or my own schedule it never worked out... then last year it finally looked like the stars might align, but well that didn't happen. :-D

What a great experience to have participated in the period festival. I visit every couple of years when the cherry blossoms are in bloom - I have yet to get a good photo of the castle and the sakura! So I'll just have to go again. :-)
Reply

Bonson Lam 5 months ago
As they say, absence makes the heart grow fonder. I hope for a wonderful reunion next year at the Yorii Town's Hojo Matsuri.
Reply

Elizabeth S Author 5 months ago
I long for pre-pandemic Japan, too.
I regret missing some festivals. When they’re revived, I have to go!
Reply
6 comments in total
Back to Contents