Etiquette at Shrines and Temples

Show your respects at a shrine or temple the right way

Senso-ji, the Fushimi Inari, Kiyomizu-dera... many of Japan’s top tourist destinations are shrines and temples, while many lesser known but still magnificent ones exist all over Japan, even in the metropolitan areas.

Visiting these sacred places has long been an important tradition of the Japanese, especially during New Year’s, when long lines of people praying for a good year ahead form in front of major shrines and temples. While even many Japanese people are not fully aware of the manners and etiquette involved in visiting a shrine or temple, just follow this guide and you'll be doing things the right way in no time.

The act of visiting and praying at a shrine of a temple is called omairi; when this is done for the new year, it is called hatsu-moude.

One concern many people have is that praying at too many shrines and temples will bring bad luck instead, since it gives off the impression that they are greedy. However, this is not true and merely a myth, as each shrine and temple has its own set of divine virtues. So don’t worry about having to choose just one of Japan’s many magnificent shrines or temples!

What's the difference between shrines and temples?

Doesn’t seem like a hard question at first sight, but even many Japanese people aren’t aware of the answer.

There are two easy ways to tell them apart. Firstly, shrines have a simple gate, called a torii, that separates the human world and sacred ground, while the gates of a temple, called a sanmon, look more like a large house rather than a gate. Secondly, temples almost always have Buddhist images and statues, while shrines do not.

Thus, to sum up the differences in a single sentence, gods reside in shrines, while Buddhas reside in temples.

How to visit a shrine

Bow slightly before entering the torii gates, and keep in mind to walk on the side of the path to the shrine rather than in the middle. The middle of the path and the torii are for the gods, not for humans.

On the way to the shrine, you will see a small pavilion with a basin filled with water; this (called the chozuya) is where you purify yourself before approaching the main shrine. Fill the ladle with water and pour some water on your left hand, then right hand. Next, clean your mouth by holding the ladle in your right hand again and pouring some water into your left hand and rinse lightly - don’t wash your mouth directly from the ladle! Finally, hold the ladle vertically, allowing for the remaining water to trickle down the handle and cleaning it. If you’re visiting in the winter, don’t skip this step just because it’s too cold!

When you reach the shrine you are now finally ready to pay your respects. This process can be divided into several steps.

How to visit a temple

The same rules apply as those of visiting a shrine - bow slightly before entering, walk to the sides, and purify yourself at the chozuya; however, the manner in which you pay respect varies.

After paying your respects, at shrines you can purchase ema, which are small wooden plaques in which you write your wishes and then hang them to be received by the gods. Hamaya, which are “holy arrows” that people decorate at home to ward off evil spirits, and different kinds of omamori, or amulets, such as for road safety and easy baby delivery, are popular souvenirs. Commemorative stamps called shuin are offered at both shrines at temples as a memento of having paid your respects.

Furthermore, for usually only 100 yen, you can purchase an omikuji, a slip of paper with fortunes written on it; depending on your fortune, you can either keep them or tie them to a rope. While mostly in Japanese, some shrines offer English copies of the fortunes as well. Omikuji fortunes are classified as follows (from best to worst):

Additionally, omikuji have advice for different aspects of the upcoming year, such as travel, relationships, health, and wishes.

Next time you visit a Japanese shrine or temple, don’t just take pictures - experience it by paying your respects and following these easy steps. 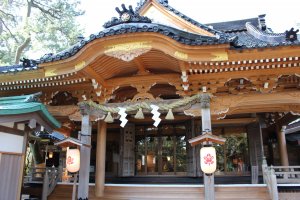 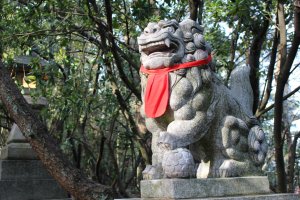 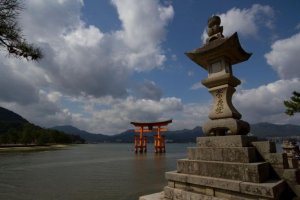 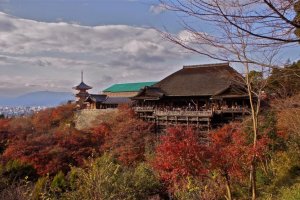 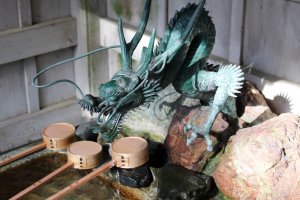 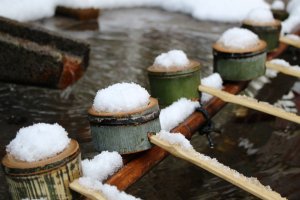 Mark Asao 5 years ago
Great guide! I will ensure to follow through with the experience next time I visit. Thank you for putting this together.
Reply Show all 0 replies

Louis Tan 6 years ago
Very informative guide. Thank you so much!
Reply Show all 0 replies
6 comments in total
Back to Contents