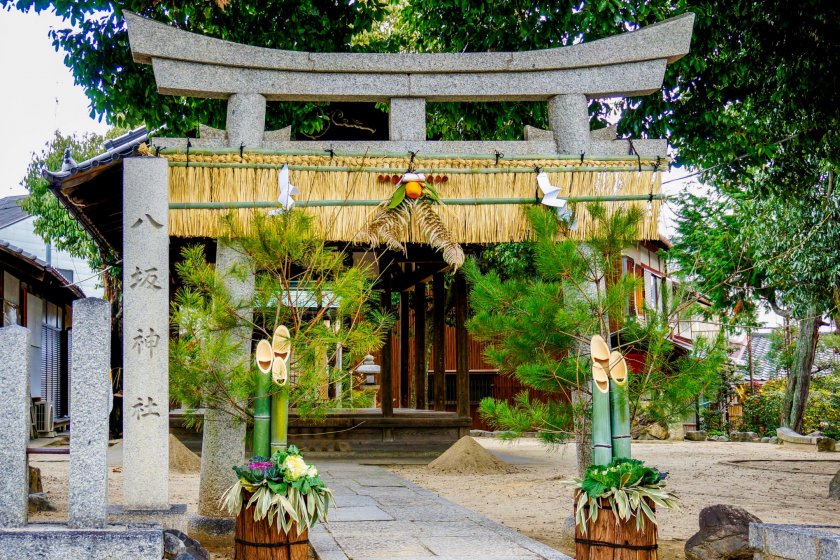 Guide to New Years in Japan

Ringing in the Japanese New Year with traditional customs

The New Year in Japan, or Oshogatsu, marks an exciting time to see the country in a new light. As perhaps Japan's most important holiday celebration, many traditional customs—as well as some modern ones—are observed during a period where much of the country slows down in anticipation for the year ahead.

Foreign visitors to Japan during the New Year period can find it a unique time to witness some traditional events, but it is worth planning ahead and understanding how transport, shrines and opening hours to regular attractions may be disrupted.

Oshogatsu is the time when many Japanese typically return to their family's hometown and spend time with loved ones. It generally carries much greater significance than Christmas. Read on to learn a little about what goes on in Japan during the New Year:

What happens on New Year's Eve in Japan?

New Year's Eve in Japan ranges from a mix of the traditional and modern. While there are no grand fireworks displays like in the west, parties and gatherings are still common, with hotels and clubs usually hosting exclusive gatherings to celebrate the night leading up to the countdown. Tokyo's Shibuya Crossing in particular attracts a lot of New Year's Eve revelers looking to celebrate the countdown. Others flock to the shrines to get ready for their first prayer of the New Year.

Hatsumode describes the first prayer at a shrine (or temple) in the New Year. With families and loved ones traditionally gathered, they will often make this journey together. Hatsumode starts around the countdown itself, but can also be done in the first few days into the New Year (e.g. January 1st, 2nd or 3rd).

If you are looking to pay respects and make an offering yourself, consider that shrines may be extremely busy around this period with long queues to be expected. This is true of any local shrine, but particularly of the bigger ones in central areas (Tokyo's Meiji Jingu or Sensoji temple) or historically significant ones (like Mie's Ise Jingu).

If making a prayer offering, don't forget the correct order after throwing a coin into the offertory box: bow twice, clap twice, pray, bow once to finish.

Good luck charms available at Shinto shrines around New Year are popular as they are used to pray for good fortune and a positive year ahead. You may also see people carrying their old charms from the previous year – these are returned to the shrine where they are traditionally burned.

Hatsumode is an enjoyable time to visit any shrine. With families out in force, you'll often see food stalls popping up along the main route to larger shrines joining in the festive spirit, selling traditional festival fare such as yakisoba and taiyaki.

You may also come across a traditional mochi pounding ceremony, mochitsuki, with this glutinous sticky rice mochi shared with shrine visitors. Shrines also make some traditional sake available to sample, known as otosu.

Joya no Kane relates to the bell which is rung at a Buddhist temple during the countdown to New Year's Day. During the course of the night, it is rung 108 times, with the final strike timed with the New Year countdown. The exact number is said to represent the number of worldly desires (in Buddhist teachings), with some temples inviting limited participants to join in proceedings. Those who brave the cold will often be rewarded with a warm beverage, such as tonjiru (pork soup), but this will vary between location.

Praying to Japan's first sunrise in the New Year, known as Hatsuhinode, is believed to be auspicious as it symbolises a new start and opportunity for the year ahead. Many people flock to the sunrise hotspots on January 1st, typically after visiting the shrine for the Hatsumode tradition.

Japan usually goes crazy on New Year's Eve (omisoka) with seasonal TV programming throughout the night into the early hours. Many well-loved shows make a return as families gather together around the TV, including classics like musical Kohaku Uta Gassen, as well as Downtown's comedic Gaki no Tsukai, Sasuke (Ninja Warrior), and even Rizin.

What are the Japanese New Year Customs?

It is customary for families to give money to children in small envelopes – this is known as otoshidama.

Although Christmas card demand is growing, Japan's traditional messaging revolves around the New Year greeting postcard, the Nengajo. These are purchased off-the-shelf or custom-designed and sent in the run up to the New Year around mid-December, with the Japanese Post Office then holding them before delivering en masse from January 1st. Both families (sent to close friends and family) and businesses (sent to clients and partners) participate in the tradition.

A popular nengajo symbol is often the animal associated with the Chinese Zodiac (e.g. wild boar/inoshishi in 2019), which can also be seen in other New Year decorations.

Kadomatsu are short towers of bamboo and pine placed at entrances of homes, businesses and sacred spots. They are seen as a way to guide the gods and spirits on their descent from the heavens during the spiritual time of the New Year, and are associated with good luck and fortune.

Similarly Shimekazari is a similar decoration placed on entrances and doorways to invite the gods of good fortune but also ward off evil spirits. They consist of a shimenawa, or braided straw rope, white zigzags of shide paper, pine and a bitter orange.

Kagamimochi (lit. 'mirror rice cake') are often used to decorate homes – consisting of a large and small layers of round mochi, topped with a mikan orange. They represent the year gone and the year ahead with the orange a modern and practical equivalent for the similar yet more auspicious Daidai citrus fruit (since its name can mean 'generation after generation').

Homes generally are treated to a big clean (osoji)—similar to a spring clean—to help the New Year decorations look their best and prepare the home for the year ahead.

Shopping: Get Lucky with Fukubukuro

Like Boxing Day in the west, the New Year is a major shopping season in Japan too. Hatsuuri describes the first sale of the New Year, where retailers will entice bargain-hunters with extra special shopping deals and discounts.

Special Lucky Bags (fukubukuro) are also made available. The idea is to pay a flat fee for a bundle of discounted goods. Often the contents will be unknown for added element of surprise, but sometimes retailers also announce what's inside. Some big brands take advantage of this custom to build interest and reward their loyal fans – Apple is well known to run lucrative lucky bag campaigns which see unprecedented demand and punters camping outside their Tokyo flagship stores.

Otherwise, it is common for a lot of smaller businesses, shops and restaurants to close over the New Year period entirely (anywhere from 29th Dec to 4th Jan).

What Japanese Food is Eaten around the New Year?

In the run-up to the New Year, the last meal is typically associated with a traditional dish: toshikoshi soba. These buckwheat noodles are eaten for good luck – as long as they are finished before midnight! They are enjoyed both in a warm soup broth (kakesoba) or cold too (zarusoba).

Mochi is strongly associated with Japanese New Year. This glutinous rice cake can be seen freshly prepared during mochitsuki rice-pounding events at Shinto shrines around the New Year (at hatsumode). But they are also enjoyed at home on their own, as well as part of the ozoni soup. They also feature in the Kagami-mochi decoration displayed around Japan.

Ozoni describes a dashi-based soup served with mochi rice cakes within. It's considered a good luck soup and also contains kamaboko fish cake, often chicken as well as vegetables like carrot, daikon and shiitake mushrooms. In the Kansai area, the soup is miso-based.

Otoso is a medicinal sake, commonly drunk in the New Year, especially before a festive meal of Osechi Ryori. It's name describes its purpose: to ward off evil spirits and in turn invite good fortune for the year ahead.

Osechi ryori describes the assortment of traditional foods served on New Year's Day. The traditional way to serve is in a multi-tiered box known as a jubako, though this is not necessarily required or observed when preparing food at home.

For a more in-depth look, check out our osechi ryori guide.

How to Travel around then New Year: Practical Tips

Expect the bullet train to be particularly busy during the New Year period. Japanese tend to migrate back to their hometowns from the big cities between Dec 28th and Jan 3rd. The expressways also see increased traffic out of Tokyo before the New Year, then an influx after. Plan ahead if travelling by rental car or relying on highway buses and leave yourself extra travel time.

Conversely if you are travelling around a city like Tokyo during this time, you may find many places quietly deserted and the trains conveniently spacious – although they will be operating a reduced service too.

The New Year in Japan may see disrupted opening hours between late December (around 28th) and early January (until 4th). It is always best to double-check arrangements at any attraction, particularly smaller ones, that you hope to visit. Many museums, gardens and parks will close, but larger venues (Tokyo Skytree, USJ Osaka) will remain open. 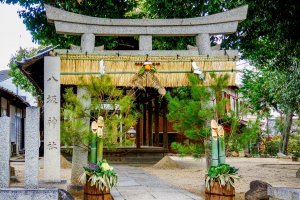 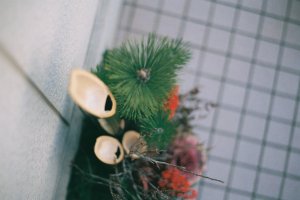 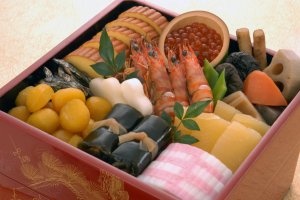 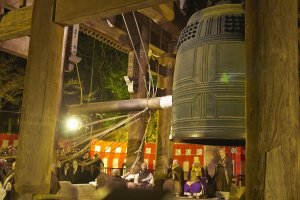 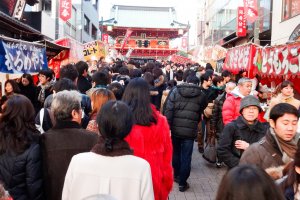 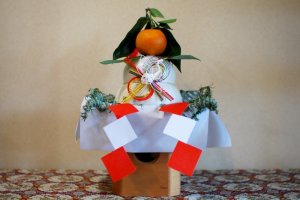 Geraldine Buergel 2 years ago
Wow, looks like there is a meaning to every little detail including each ingredient of the osechi ryori.
Reply Show all 0 replies

Elizabeth S 3 years ago
Great insight into how local folks do new year!

This year the temple closest to my home in Northern Chiba Prefecture performed wadaiko, traditional Japanese drumming, at midnight. It was a surprise, as we usually hear bells, to hear the booming drums to mark the beginning of the year. It was a treat to hear the beat of drums as we enjoyed our toshikoshi soba.
Reply Show all 0 replies

Kim 3 years ago
Great summary! Love all the meanings behind the elements of Osechi ryori!
Reply Show all 0 replies
3 comments in total
Back to Contents