The Fun of Fukubukuro

A little mystery with your New Year's shopping

Different countries around the world often have special times of year dedicated to shopping. The United States have their Black Friday sales on the day after Thanksgiving, and several Commonwealth countries have Boxing Day sales on December 26th, the day after Christmas. In Japan, many sales happen right around the new year period, and it's common for these to be done in fukubukuro format.

What is a fukubukuro?

Fukubukuro are also known as lucky bags, and it's typically a mystery as to what's inside them. Some retailers will give you a run down of what's inside their fukubukuro ahead of time, though, which is handy if you're a risk-averse type! The value of what's inside the lucky bags is often substantially more than their ticketed price, so it's a chance to get some great deals. In saying that, fukubukuro can also be an opportunity for retailers to free themselves of stock that didn't sell well throughout the year – so don't be surprised if you get a few dud items.

Where do you get them?

A wide variety of businesses participate in the fukubukuro fun, including clothing stores, supermarkets, coffee chains like Starbucks and Tully's, electronics retailers, and plenty more. If you don't really have a specific fukubukuro in mind to purchase, a good place to start is a mall or department store like AEON. Take a stroll around and you're likely to see signage or displays indicating that the store has fukubukuro on offer, and the price they're selling them for.

What to expect, and things to keep in mind

Certain fukukbukuro are very popular, such as the offerings from Starbucks, and pre-COVID there were often long lines forming outside stores well before they even opened. The coffee giant turned to an online lottery system for 2022's lucky bags, with no in-store bag sales taking place. Expect to see more retailers following this trend and offering online options in the current global climate.

If you plan to opt for clothing-based fukubukuro for yourself (or your children), it's helpful to know your Japanese clothing size. There are numerous clothes conversion sites online, so check before you go. 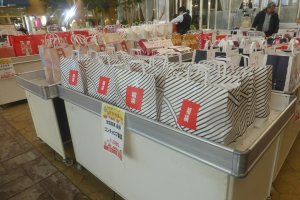 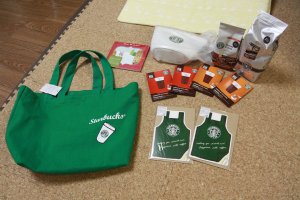 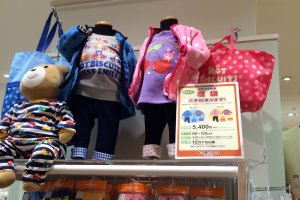