The Regional Cuisine of Kyushu

A taste of the eight prefectures of Kyushu

Japan's Kyushu sits in the southernmost region of Japan. Its eight prefectures - Fukuoka, Kagoshima, Kumamoto, Miyazaki, Nagasaki, Oita, Okinawa and Saga - feature some of the nations most uniquely textured and flavoured local dishes. From foods that have become staples across the country to truly rare dishes that can only be had in the region, the local foods of

Kyushu are as tasty as they are varied. Here is a quick look at some of the foods of each prefecture in the Kyushu region.

With so much flavour, depth and character, it's no wonder that Fukuoka prefecture is the source of some of the country's most popular dishes. Home to Hakata ramen, arguably Japan's number one noodle, Fukuoka also features the gentle kick of mentaiko marinated roe, motsunabe, a beef and pork offal stew perfect in winter and the simple but distinctice flavour of takana meshi pickled mustard leaf rice and sesame oil.

A powerful warrior heritage and rich seafood traditions have bequeathed the cuisine of Kagoshima prefecture strong flavours and unique dishes. Kame no te are barnacles shaped like a turtle's foot, satsumaage is the prefecture's signature fish cake food, while kibinago silver herring and tobiuo flying fish are as delicately delicious as they are beautiful to the eye.

The clean taste of basashi raw horse meat and the kick of karashi renkon spicy lotus root are some of the unique flavours of Kumamoto prefecture . While both began as emergency rations in feudal times, celebratory foods like ayu no sugatazushi, a sushi with the rice inside the fish, and ikinari dango dumplings filled sweet potato and red bean paste are also popular.

The cuisine of Miyazaki prefecture is headlined by the extraordinarily melt-in-the-mouth texture of Miyazaki beef. The ever popular moist and tender chicken nanban also features along with a 12th-century cold summer soup known as hiya jiru and Ise ebi spiny lobster, perhaps Japan's most exquisitely tasting fresh lobster.

Even though its most famous food is the succulently popular karaage chicken, Oita prefecture turns out to be a seafood lover's dream destination. Shiroshita karei is white flounder sourced from beneath a castle, fresh tuna marinated in sesame oil known as hyugadon and uruka, sweetfish blended with its fermented viscera.

The local cuisine of Okinawa prefecture draws on a deep Chinese and Southeast Asian influence. The prefecture's signature dish is the curiously bitter goya chanpuru. Other dishes include Okinawa udon, an almost-cross between udon and ramen while rafute, a royal dish from the former Ryukyu Kingdom and mimigaa, crunchy and chewy slices of pig's ear are popular. 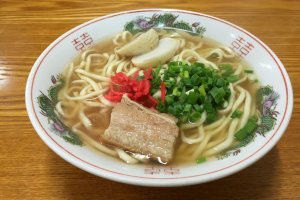 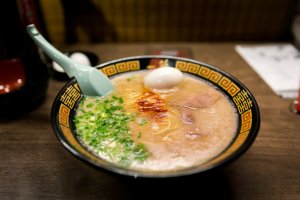 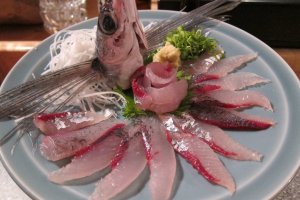 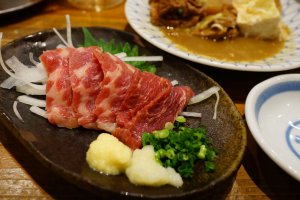 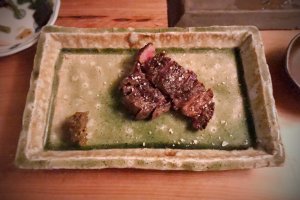 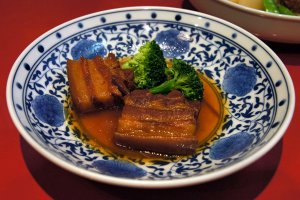 Elizabeth S 2 years ago
So much variety in Kyushu cuisine! I long to go!
Reply Show all 2 replies

Elizabeth S 2 years ago
I don't eat a lot of meat, but I indulge in tonkotsu pork bone broth when I go for ramen.
Reply

Elena Lisina 2 years ago
This theme seems bottomless! There is no such a variety of dishes in my country.
Reply Show all 3 replies

Sleiman Azizi Author 2 years ago
A country the size of half the northern hemisphere? Surely there's plenty!?!
Reply

Elena Lisina 2 years ago
Probably, but I don't travel in my own country - it's too big! )))
Reply

Sleiman Azizi Author 2 years ago
Huge!
Reply
7 comments in total
Back to Contents