A rough and tumble grittiness may define Toshima City Ward but its ballsy atmosphere is punctuated by some quality gems when it comes to parks and gardens. A traditional garden and a resident-inspired nature reserve exist alongside some scrimmaged local spaces and an amazing garden in the sky. Here is an introduction to some of these parks and gardens of Toshima and how to reach them.

A small local park, Ikebukuro Honcho Park is simple in its design since its main role is to act as an evacuation area during natural disasters like earthquakes. The park has some play equipment for young children and the cherry blossoms add a nice touch during the spring but its main claim to fame is its view of the local trains.

A 2-minute walk from Shimo-itabashi Station on the Tobu Tojo Line.

One of those hidden gems that cries out to be admired, Mejiro Garden is a traditional strolling garden with a teahouse and a floating pavilion that overlooks its beautiful clearwater pond. Its small pagoda adds further charm while during the autumn, the garden is lit up at night to provide this free park anpther reason to visit.

A 5-minue walk from Mejiro Station on the JR Yamanote Line.

Preserved by residents in opposition to local urban development, Mejiro no Mori is a secluded grove of the area's pre-modern nature. With its pond and trees, this nature reserve plays host to a variety of birds and features a fascinating tree root sculpture that was donated by the locals to act as a charm for good fortune.

A 7-minute walk from Shiinamachi Station on the Seibu Ikebukuro Line.

A surprise if there ever was one, Toshima Forest is forest grove located on the tenth floor of the Toshima City Office. Along with an small aquarium and stream, this high in the sky oasis has breath taking views of the city as it works to educate visitors on the pre-urban landscape that once existed in the area.

A 4-minute walk from Higashi-Ikebukuro Station on the Yurakucho Line. 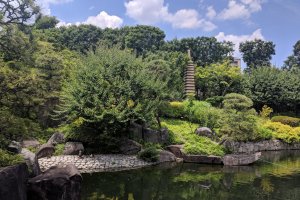 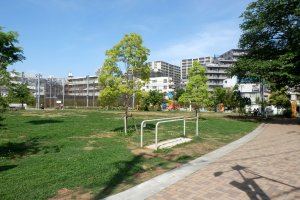 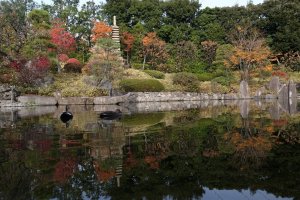 Kim B a week ago
Nice to hear the residents in the area pushed to save Mejiro no Mori! Green spaces in urban areas are so, so necessary!
Reply Show all 1 replies

Sleiman Azizi Author a week ago
It was a good effort by them, no doubt.
Reply

Lynda Hogan a week ago
There is something about Ikebukuro! Its practically an extension of Saitama though, so that's why I feel at home there!
Reply Show all 1 replies

Sleiman Azizi Author a week ago
I worked there for many years and found its vibe to be very different to other areas of Tokyo.
Reply
4 comments in total
Back to Contents