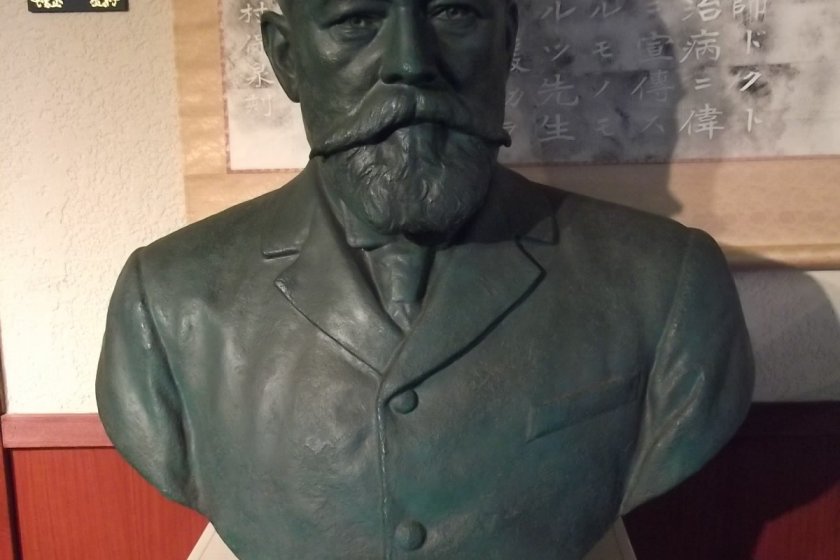 Do you know Kusatsu was made famous by a German doctor?

A bust of the distinguished-looking Dr Baelz

For hundreds of years, people from across Japan have been visiting Kusatsu for therapy in the waters of its volcanic hot springs, and some shoguns and noblemen even had its water transported to their castles for bathing in. In 1876, Kusatsu received a visit from Dr Erwin Baelz, a young German doctor working in Tokyo; he became convinced of the benefits of its waters and mountain air, and immediately set about transforming the town into Japan's most popular hot-spring resort. He went on to spend 27 years in Japan, and a little way from the centre of Kusatsu, the Baelz Memorial Hall is a small museum about his life here.

Much of what you'll see is about Baelz's life in Japan with his wife Hana, and there's a little information in English (and more in German) explaining some of the displays. There are family pictures, a handwritten resume, copies of Dr Baelz's books, and some of Hana's dresses and belongings; one touchingly personal label reads "Mrs Hana Baelz's favourite coffee cup".

Most interesting for me were the photographs from that age. There was one of Meiji-era Kusatsu, showing just how remarkably little it's changed, one of Dr Baelz and his colleagues on the Kamakura Daibutsu (Big Buddha statue), and some from his study trips to Korea, Okinawa and Hokkaido.

As well as all this, some of the space is given to displays about Kusatsu's various cities around the world. These include Dr Baelz's birthplace, the impressively-named Bietigheim-Bissingen, and the Czech spa resort of Karlovy Vary, which Baelz thought similar to Kusatsu. It was interesting to read about the towns and look at the assortment of objects and pictures, including some atmospheric photographs of Karlovy Vary from 1890.

The museum part is on the second floor, where there's also a small outdoor terrace with a good view of the countryside; I visited in winter, and the surroundings were blanketed with snow, a very peaceful scene. The first floor is home to a gift shop, selling a whole wide array of goods: beside the usual cookies and trinkets there's beautiful glassware from France, Austria and the Czech Republic, picture-frames, toys and cuckoo-clocks from Germany, and lots of other cute tableware. Then if you'd like to pick up some locally-produced food, juice or wine, just over the road there's the Kusatsu Farmers' Shop. 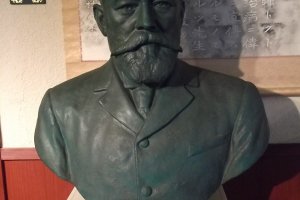 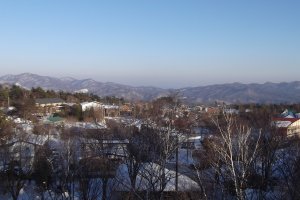 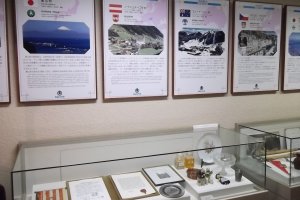 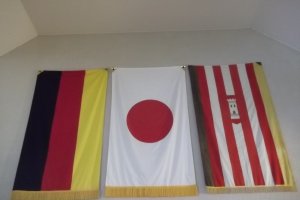 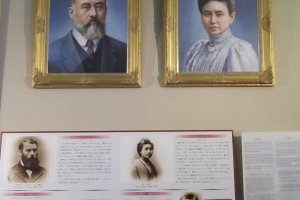 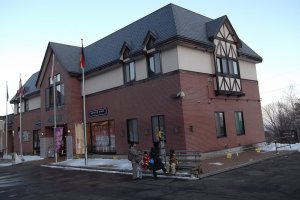