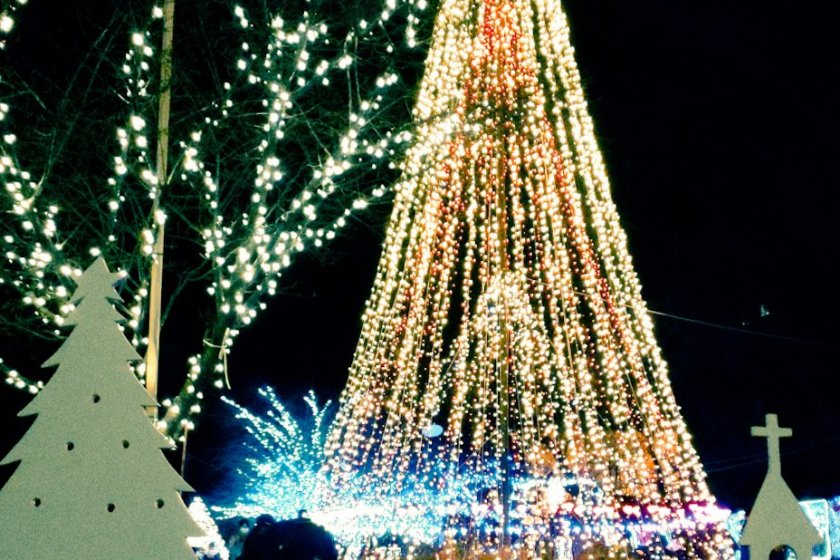 From the end of Autumn until the New Year Takasaki's Symphony Road is lit up with thousands of lights. The Symphony Road is the road that goes west from Takasaki Station to the site of the old Takasaki Castle by the Takasaki City Hall. In select locations they have special illumination displays including a Christmas tree in front of the aforementioned castle ruins. Parallel to the small park where the Christmas tree is, there is a river. They have lights suspended over the river. The image of the lights reflecting in the water is truly spectacular.

The illumination period is from Saturday November 21st to Sunday January 3rd 2021. Lights are switched on nightly at 5 pm and turned off at 10 pm on weekdays. On weekends the lights stay on until midnight.

There is no official parking for this event. There are several car parks in the vicinity, the majority of which are charged by the half hour. I parked at the underground parking at the City Hall, which is just across the road from the main Christmas tree site. It said it was ￥150 an hour for night time hours, but the first hour might be free as I wasn't charged.

Takasaki Station is served by Joetsu and Hokuriku bullet trains. There are also several other local trains running through, including the Takasaki line and Shonan Shinjuku line that also connect Takasaki with Tokyo. 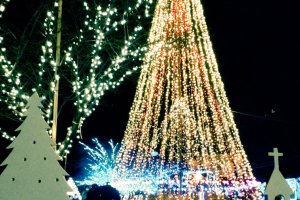 Kim a year ago
Always so glad to hear that there are still events happening. I think at least with illuminations being outdoors it's a bit easier to maintain distance!
Reply Show all 1 replies

Lynda Hogan Author a year ago
It just feels safer, doesn't it? I'm so glad that we can at least enjoy outdoor activities in relative safety.
Reply
2 comments in total