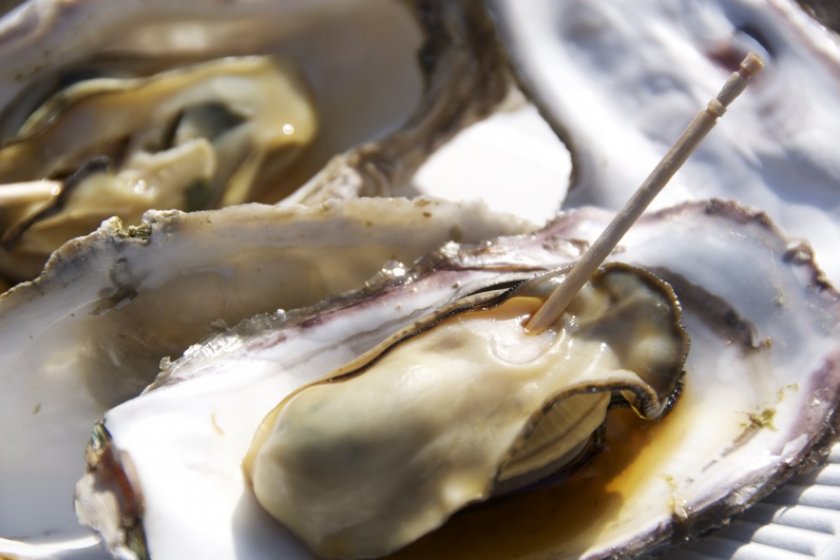 The waters in the Hiroshima region produce the bulk of the nation's oysters, during the cold winter months oyster festivals are held all along the coast. Between late January and the beginning of March there is usually at least one oyster festival happening at one of the port towns in the area.

Probably the biggest is the oyster festival on the island of Miyajima which is held annually, over two days on the second weekend in February. This year, after many years living in Hiroshima, my family and I decided to go and check it out. To be honest, the prospect of getting up early to line up in the cold for oysters at a few hundred yen less than at a warm restaurant had never been, unsurprisingly, that appealing. An unseasonably sunny and warm February Sunday certainly helped us get out of the door, but I wasn't really expecting anything too "fun".

First impressions weren't that promising. On arrival at the main event space, immediately to the right of the main ferry terminal, we were greeted by some very long queues snaking their way to tents lined offering oysters prepared in all manner of ways; deep fried, marinated, in dote-nabe hotpot and stews, with udon noodles and rice porridge, chowdered and gratined.

Undeterred, we parked the kids in front of the performance stage and took turns to go and get food. As it turned out, the queues moved very quickly, and the people lined up, many of them supping on cups of hot sweet amazake and cans of beer, were in good spirits.

At ¥100-¥200 a dish, and every oyster therein juicy and delicious, the prices were indeed a bargain. We also found a few oyster-less things that the kids would eat (in our case, udon noodles, tako-yaki octopus dumplings, anago fish cake on a stick, dorayaki azuki bean cakes and mikan oranges) in or just past the main event area and also at very cheap prices.

We watched the Miyajma Japanese taiko drumming club give an excellent performance while popping delicious fried oysters and gobbling down steamed oysters with udon noodles. After the drummers' grand finale, complete with a dramatic burst of confetti, we headed over to the other side of the port for, you guessed it, more oysters. These were steamed in the shell and served with a simple ponzu dressings. Again, they were as delicious as they were huge, especially when washed down with a beer.

By now we had had more than our fill of oysters, but after a short wander around the shops we returned to the main stage to watch the kagura dance show. A local troupe gave an exuberant performance of the old folk tale Tsuchigumo. Kagura dance in the Chugoku region is known for its high paced rhythms and the incredible stamnina shown by its performers. The always elaborate costumes looked especially impressive, glistening in the bright sunshine against a clear blue sky.

The crowd was really into it, clapping, cheering and whistling with approval as the performers whirled like dervishes across the stage. To the delight of the audience, the final demon just refused to lay down and die, returning to the stage over and over, and playing to the onlookers like a rock star.

All in all, it was a great afternoon. Had the weather been more typically February-like, it would have been a little trying for the kids. For people traveling without little ones, you could imagine keeping your spirits high by imbibing plenty of hot oyster dishes and warm sake on a cold day. Those with kids, might drop in at the festival before or after visiting other sights such at Itsukushima Shrine and the aquarium.

While some adore oysters, many are ambivalent, and others are downright petrified of being struck down by food poisoning. The consumption of oysters is really the focus of the event, and those who enjoy a juicy bivalve or a dozen will obviously get the most out of being there. However, ease of access, the stage performances, and the fact that there is more than enough of interest elsewhere on Miyajima to keep anyone entertained, make the Miyajima oyster festival a good bet even for the mostostraconophobic. 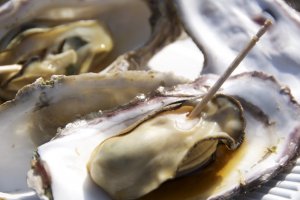 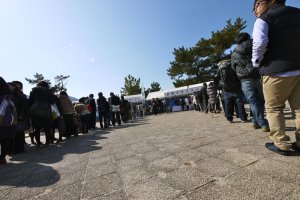 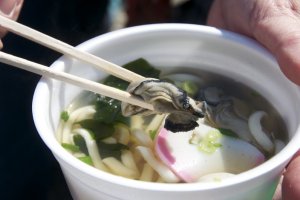 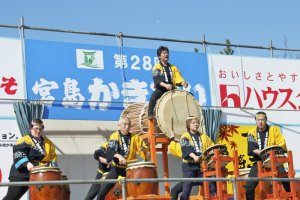 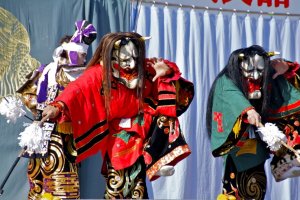 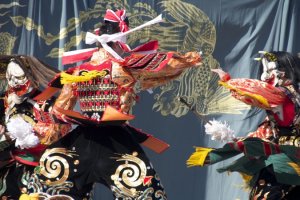 Sleiman Azizi a year ago
How can mortals resist oysters? One of my abiding memories of Hiroshima were the oysters. Think, succulent, tasty....
Reply Show all 0 replies

maea 7 years ago
I been to this festival, a great way to eat oysters and see Miyajima. Oyster season coming soon, so think about Hiroshima for your Autumn trip.
Reply Show all 0 replies
3 comments in total