Hiroshima offer informative tours in Saijo and beyond

Hot, sunny and humid - It was the perfect day to sample sake. 'Sake' is Japan's national drink, an alcoholic beverage which is made from fermented rice. It can be enjoyed hot or cold, often depending on the weather and the type of food with which it is being consumed. Saijo has long been a prime location for sake production, largely due to the high quality spring water in its vicinity. The well water of the breweries originates from mountains 3km outside of Saijo. The quality of the water changes as it makes its way to the town, and the calcium and magnesium content in the well water becomes three times higher than that of the mountain spring water.

I met my local guides, Kumiko and Jasmine at the JR Saijo station, the starting point of our sake brewery trail tour. I had never tried sake before and I was completely clueless as to its production process, so it was going to be a day full of new things. Kumiko and Jasmine have been leading English walking tours throughout Hiroshima Prefecture for years. Both are members of Hiroshima Optional Tours (HOT) and Hiroshima Interpreter and Guide Association (HIGA) which offers translation, interpretation and tour guiding services. The tours can be either 2 or 3 hours long, depending on how much you want to see and how much time you have. A 2 hour guided walking tour in English is ¥3000 and a 3 hour tour is ¥4000.

We began the tour walking through the main brewery district, recognizable by the number of red brick chimneys poking into the sky. Saijo's sake industry began at the turn of the 20th century, so many of the buildings in the area have an old world charm to them. Every in early October, Saijo hosts its famous Sake Festival – the event falls on the Saturday and Sunday preceding Japan's Health and Sports Day each year (which falls on the Monday).

With around 200,000 people attending the festival each year, the city of Saijo becomes a festive, colorful and bustling place where sake is celebrated and enjoyed. After a brief introduction to the area and the role that sake plays in Saijo, we then visited the Kamoizumi brewery and were lucky enough to be shown around by the President of the company himself, Hisao Maegaki.

The Kamoizumi brewery, founded in 1912, is famous for doing things a little differently, choosing to leave in some of the 'impurities' in its sake which other breweries filter out, giving it a rich golden hue. Through the HOT tour you are able to go inside the brewery (providing it's open that day - be sure to check with HOT beforehand), watch a video which shows the behind the scenes process of sake making, wander through the different production areas and sample the brewery's selection of sake.

As someone very new to the world of sake, I was definitely impressed. Having the chance to walk through Saijo and see the number of different breweries and sake pubs really made me realize how integral sake is to this town. Being able to hear the story behind Saijo's sake and learn about how it is produced made sampling sake all the more special. As for the taste, sake is incomparable to beer or wine. It is smooth, delicate and has a multitude of flavors intertwining within, shedding light on the complex process behind its production. It's something which should be savored and appreciated for all the hard work and effort that goes into its production - from everything from planting the rice to bottling the final product. It's safe to say that I learnt a lot from the walking tour. If you're interested in learning more about Japan's national drink and in going behind the scenes at a sake brewery, then most definitely check out HOT tours! 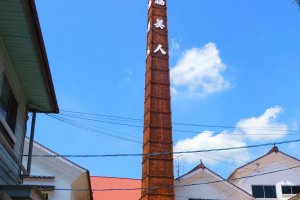 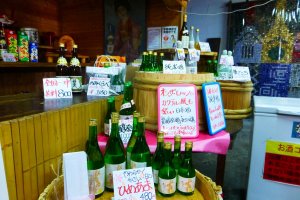 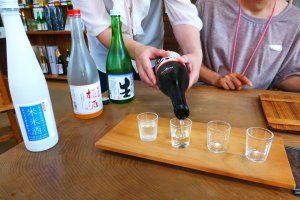 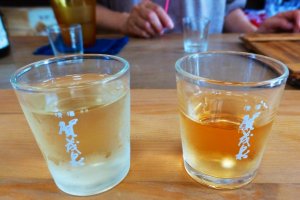 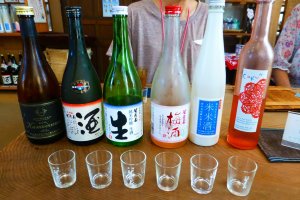 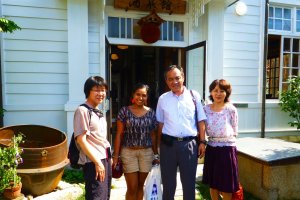