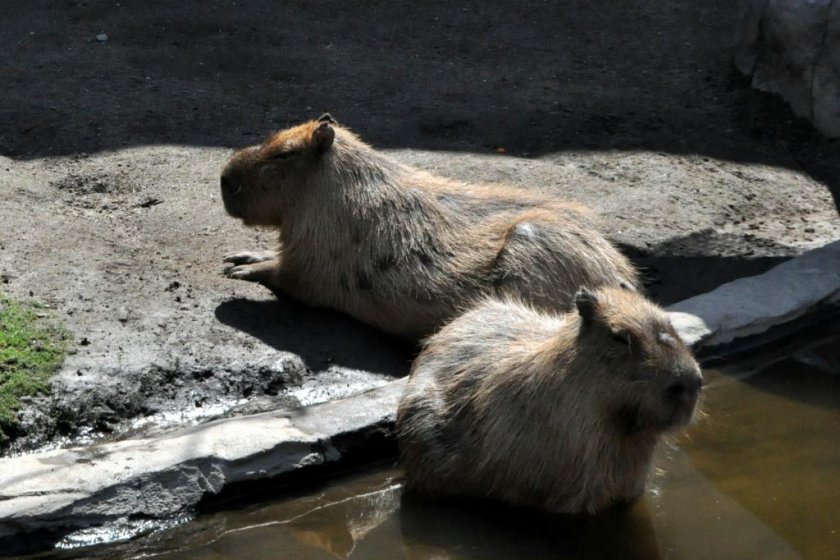 If you happen to be in the neighborhood

There are two conclusions from a recent trip to the Asahiyama Zoo in Asahikawa, Hokkaido: (1) That of my own, which is don’t bother if it is not on your way and (2) That of my kids, which was “awesome!” The Asahiyama Zoo has received a lot of press in Japan as perhaps being the best zoo in the archipelago, which may not be inaccurate, but a heavy emphasis needs to be placed on the “in the archipelago” qualifier.

Animals at the Asahiyama Zoo do not roam in wide open spaces and are not free of cages in the way that can be enjoyed in Singapore or San Diego. The size of the whole zoo would likely fit in a single San Diego enclosure. That being said, it is a nice enclosure, set on a hillside about 15 minutes drive from downtown. The kids ran in with great anticipation and warmed up with some ponies and goats in an accessible paddock, above which is an enclosure with some geese and rabbits which can be (and were) pet.

Across the path were three sets of large cages in which enormous eagles were perched. Seeing the birds perched majestically on branches relatively up close was impressive; however, the true wish was that they could be granted an aircraft-hanger sized aviary so that their naturally soaring wingspans could unfold. We left the raptors to walk up the winding tree-lined path to a decent sized paddock in which a pair of elegant giraffes loped peacefully. The viewing platforms wind around at different angles to get views of the animals at various altitudes.

A touch up the walkway were the primate enclosures: large cages in which gibbons bounced around fairly freely. The chimpanzee house was the centerpiece of the primate show. A multi-level ring, wire and trapeze set up outdoors was unoccupied, but the indoor spaces had a troop of four healthy looking chimps in various reclining poses, seemingly resting up between acts.

The animals appeared assembled at random: an elk here, a great horned owl there and a pack of wolves in a cleverly designed cage with a bubble in the middle of which humans could pop their heads to observe them up close. One of the wolves did start howling as we passed, which added some poignant sensibility to the exhibit, but for the most part, the animals did not move much.

Asahikawa being the northernmost major city in Japan, it would be expected that the polar bear exhibit would occupy its place as the highlight of the zoo. The polar bear house is an impressive structure with large tanks and resting areas for the grand specimens. They again looked healthy and well-kept from the distance where we could see them. We decided not to go into the inner structure, as its centerpiece position came with a considerably long line to get in, and there were plenty of viewing spots from the other side.

We skipped the penguin enclosure, as my kids have seen plenty of penguins at the various aquariums around Tokyo, and the penguin walk, a freeform parade of the flightless birds around the garden’s grounds for which the zoo is most famous, takes place only in winter when the creatures will feel most at home. 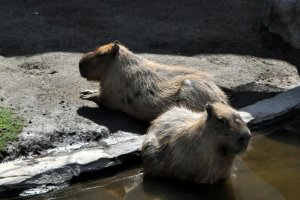 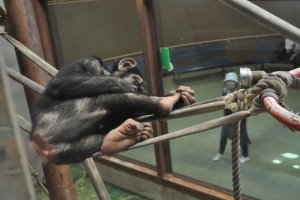 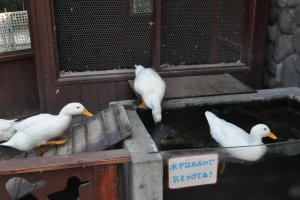 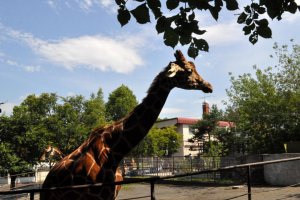 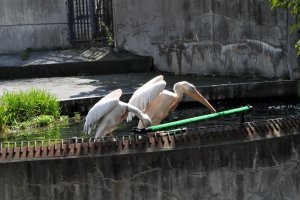 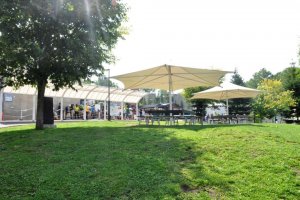