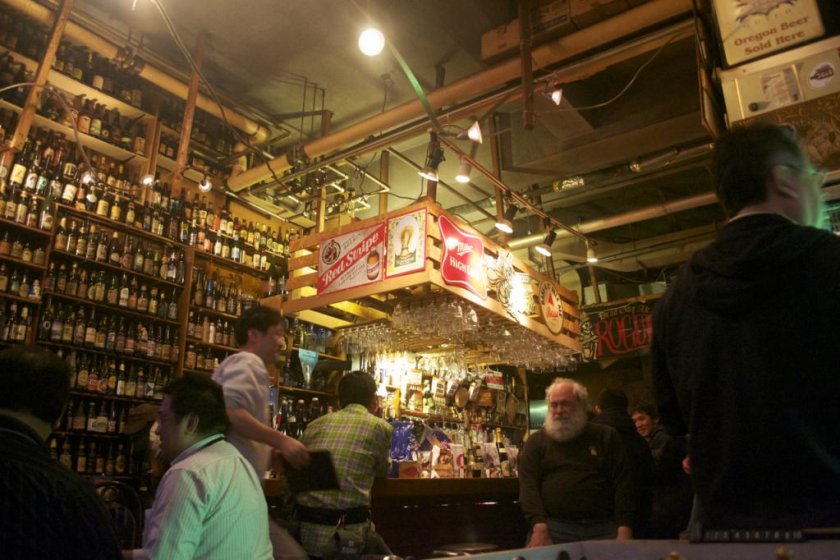 Great craft beer from around the world

A scene at the bar on January 31st, 2012, with owner Phred Kaufman seated at the bar.

Sapporo has a few select spots for the craft or world beer enthusiast, but thanks to its huge selection and laid-back atmosphere, Beer Inn Mugishutei is a must-visit watering hole for any kind of drinker.

Opened by American expat Phred Kaufman in 1980, the bar features a rotating list of taps from around the world suiting a range of tastes. Beyond the taps, you'll find a sizable beer fridge with a huge selection of imports. To top things off, the food menu features delicious hamburgers and plenty of other options.

While the available beer is always changing, there is one mainstay: Rogue Ales from Oregon. Kaufman imports Rogue Ales to Japan and works with the company to sell re-labeled and originally-made beers to the Japanese market.

Kaufman himself is quite a character, and he can often be found at Mugishutei pouring beers or chatting with customers. He's hard to miss: not only will you find his picture in various forms on the walls of the bar, but you can safely assume that on most occasions he'll be the one with the longest beard in the bar.

On my most recent visit, my friend and I were the only customers for most of the evening. The quiet allowed us time to catch up — and to walk around the small bar exploring the rows and rows of beer cans old and ancient lining the walls.

A previous visit on New Year's Eve offered a full, lively bar, with a countdown to midnight aided by an all-you-can-drink special made up of a selection of bottles set aside in one corner of the beer fridge.

That all-you-can-drink option is always available, and while the price is right, I suggest sticking to the rotating taps and choice selections from the fridge.

Drinking in Japan doesn't usually come cheap, and expect higher prices you get into craft beer or imports. To fully enjoy yourself, prepare to spend a bit of cash. Also look out for the 900 yen cover charge (Kaufman calls it a charm charge), which can be waived if you've done your research ahead of time.

But as Kaufman often says, life's too short to drink cheap beer. There's so much good stuff to try at Mugishutei that you'll most likely find yourself coming back for more. 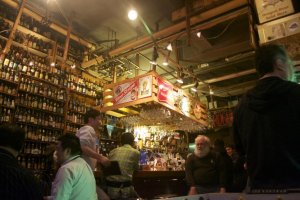 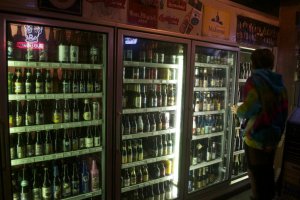 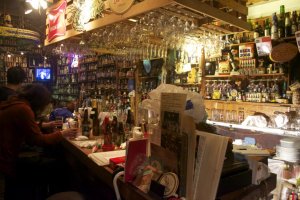 Geraldine Buergel 11 months ago
Definitely looks like they have quite a range :O
Reply Show all 0 replies
1 comment in total