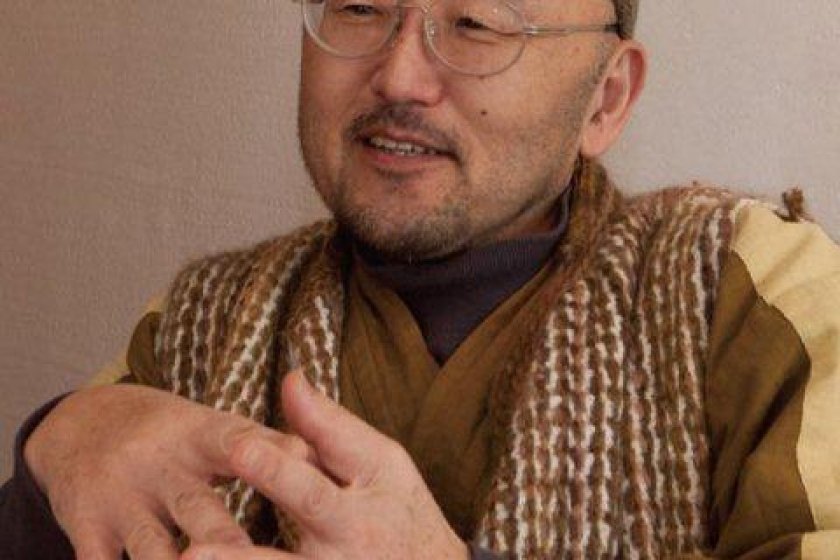 Art is not necessarily the first thing that comes to mind when people think about rural Hokkaido. Our prefecture is more widely known for its seemingly endless stretches of untouched nature, national parks and the great outdoors. If people come to Hokkaido, it is not usually to wander around galleries.

However, what tends to be overlooked is that it is often exactly these things — nature, tranquility, the simple life — that inspire creativity. In this regard it is less surprising to find that the Niseko area — a tourist spot most famous for its stunning natural surroundings and outdoor activities — also boasts a lively artistic community. People willing to go on a leisurely drive or cycle of Niseko’s countryside will find the area dotted with small galleries that all welcome spontaneous visitors. Here it is still possible to meet the artists face to face and hear stories about the inseparable ties between their art and the environment that they create it in.

Artist Mr. Fukawa, whose little gallery is one of Mt. Annupuri’s best-kept secrets, originally developed an interest in oil painting, and in order to develop his interest further, he joined an art school. It was there that he discovered his destination. The lesson that made the largest impression on him was on lithographs, and techniques that the teacher used caught his attention and changed the direction of his art; thus lithographing became a large part of his artistic career. He also became infatuated with the Great Outdoors of Hokkaido and moved here 20 years ago. After living in Sapporo for approximately 7 years, he opened an atelier in a disused schoolhouse in Kimobetsu which he called "Furin".

In 2006 Mr. Fukawa built an atelier in Niseko and began life here. After travelling around many places in Hokkaido, Niseko stood out as having the best of everything ranging from country scenery to beautiful mountains. “I also enjoy skiing and onsen coupled with the country living, so for me this is paradise,” Mr. Fukawa explains as his reasons for moving his atelier to the area.

The Niseko area, with Route 66 as its arterial access point, is home to many different artists’ residences and memorial facilities; it was these galleries that were one of the deciding factors in Mr. Fukawa wanting to relocate. Mr. Fukawa’s artwork is another part of Hokkaido’s beautiful scenery. However, he does not draw the scenery as it is naturally, he draws from how he visualizes the scenery and his surroundings. The mountains, the rice paddies, and the fields are all drawn as he saw them when he was a child.

There are often images of children with their back to the scenery in Mr. Fukawa’s paintings. These paintings are in essence himself, seeing the world the way it was when he was a child. The way the paintings are drawn enable the beholder to visualize themselves in the scenery and hopefully reclaim a portion of their childhood. 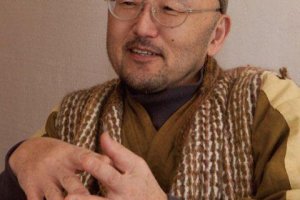 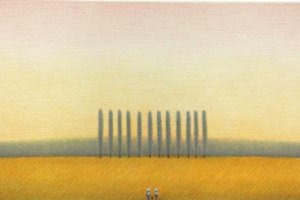 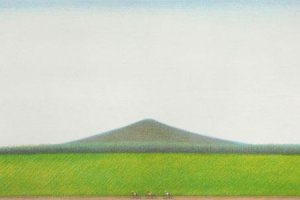