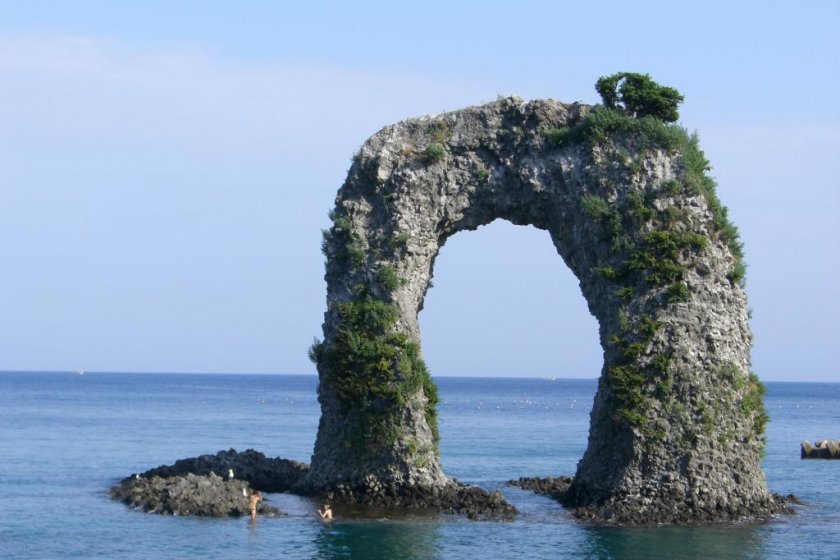 Peace and quiet, way off the beaten track

The most famous sight in Okushiri (Photo: Mat Miller)

For visitors to Southern Hokkaido really looking to get away from it all, a visit to tiny Okushiri island off Hokkaido’s west coast should be high on the list of places to visit. This beautiful and rugged island is accessed by ferry from Esashi (2 hours) or a quick 20 minute flight from Hakodate airport but is almost completely overlooked by foreign tourists.

Rightly famed for its delicious uni (sea urchin), rural Okushiri offers travelers a complete down shift in pace and feels quite removed from the rest of Hokkaido—with friendly locals reminding us more than once that “this isn't Japan, this is Okushiri”. Arriving at the ferry terminal after a choppy journey we quickly found renting a car to be essential. On a budget, we had chosen to bring our tents and to camp on Okushiri's northern cape. The only way there was via the solitary road that rings the island, starting at the ferry terminal connecting to the town of Aonae on the southern tip and snaking round to the campsite on the north, with very little but forest in between. In fact, when I said rural before I meant it with a capital R. We found a grand total of one convenience store on the whole island and nothing resembling a bank so travelers should plan accordingly and bring what you can with you.

​In 1993 Okushiri was devastated by a huge Tsunami (having the dubious distinction of being the first ever to be filmed) that destroyed most of the coastline and leveled the main town of Aonae. The legacy of this wave can be seen in the huge sea walls that ring large parts of the coastline. These necessary constructions go a little way to spoiling the scenery on a few of the swimming beaches on the eastern and southern coasts, but are not found on the stunningly beautiful northern coast around the campsite where we parked our tents.

​The campsite charged 500 yen a night to park a tent, but the view was one you would expect paying a hundred times that a night at a swanky resort. The northern cape narrows to a pinnacle just beyond the campsite and gives you an almost 360 degree view of stunning ocean, the colour of which was more reminiscent of Okinawa or Thailand than somewhere on the same latitude as Vladivostok. The sandy sea floor, warm safe currents and excellent water clarity make it a perfect place to visit for marine lovers. A number of local boats offered diving trips, we had brought along our masks and fins and opted to stay close to shore which proved more than sufficient to scratch the Cousteau itch with a surprisingly varied and abundant amount of sea life spotted in less than 2 metres of water.

2 days on Okushiri was a fantastic recharge and the beautiful scenery, ever smiling locals, huge quantities of cheap and delicious seafood and the slow sloooow pace left a lasting impression. To anyone feeling burnt out by the Japanese rat race a trip to Okushiri is highly recommended. 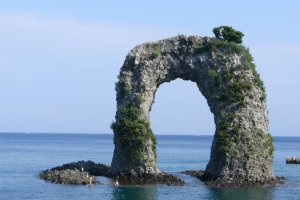 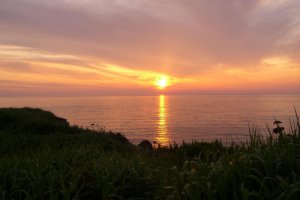 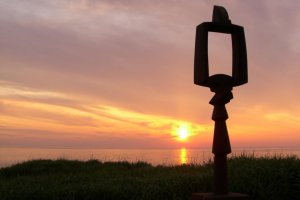 Ding Yuen Peng Nicole 6 years ago
thanks so much for the short and fantastic article about your stay in Okushiri! i hope that many will come for a visit and see for themselves what a wonderful place it is.
Reply Show all 0 replies

JapanTravel Guest 8 years ago
Matt: Now this is somewhere I've never heard of...! Sounds like a fantastic place to take the family in the summer, especially diving or canoeing. If you ever go back there, you need some photos of the water clarity. Great sunset shot btw.
Reply Show all 0 replies
2 comments in total