An Ainu lesson in history

After a drive around Kussharo Lake with my guide Shinobu Katase, we decided to stop and pay a visit to the Teshikaga Kussharo-Kotan Museum of Ainu Folklore. Having been to the Hokkaido Museum of Northern Peoples in Abashiri, I was pleasantly surprised to see that the center had taken a slightly different approach.

There are of course several small displays of local aquaculture and the surrounding ecosystems. There is also a display of traditional clothing, hunting implements and displays of cultural practices and traditions. The museum is quite small, but its size should not be confused with the impact it can have on its visitors.

What I enjoyed about the museum in Abashiri was the impressive display of traditional materials and artifacts. But for me, I have always been interested in human rights and the way in which we treat one another. Part of the interest lies in my educational background and in particular, my studies in social psychology: How groups interact with one another and the role that cognitive dissonance plays in the development, both positive and negative, of the larger society. Well, I suppose that seems like a bit of stretch coming from the perspective of being a tourist, but one of the most rewarding parts of travel, at least for me, is to experience other cultures and learn about their history.

At Teshikaga Kussharo-Kotan, I was positively elated to be able to watch a 30 minute video created and produced by members of the Ainu community. It may sound strange to hear that something as mundane as sitting on a folding chair in a nondescript room while watching a video on a smallish television set could elicit such a reaction, but it did.

The video presentation is noteworthy because it’s about as honest an interpretation of historical events in Hokkaido as you’re going to get. The Ainu language is spoken, the details of land appropriation and human rights abuses written within specific legislation and put into practice is disseminated, as is the process by which the Ainu community has struggled to find its place in society.

It’s also not all doom and gloom. The common denominator throughout the entire film is the desire and effort to integrate into society while maintaining and celebrating the Ainu culture. It is evident and clearly stated that the government of Japan needs to make a concerted effort to officially acknowledge past indiscretions and formally recognize the Ainu as the indigenous people of Hokkaido. At the same time, a decidedly positive and honest tone is struck. The museum and the information presented is something that anyone who is interested in not only the traditional culture of the Ainu people but also the Ainu’s place in the larger Japanese society, should not miss. 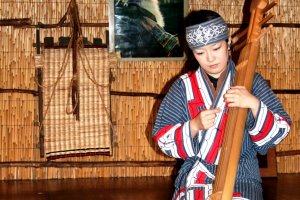 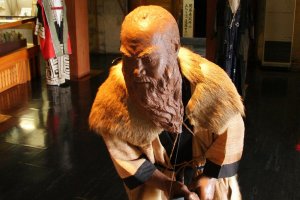 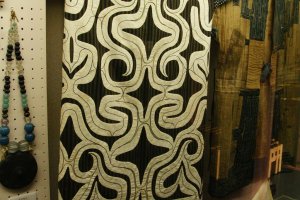