Living in Himeji taking the JR Special Rapid train to Kobe, Osaka, or Kyoto for a weekend visit is almost second nature. The long ride allows the passenger to take in the sites, from the houses to the ocean view. One site is the magnificent Akashi Kaikyo Bridge, which connects Honshu to Awaji-shima island.

Seeing the magnificent bridge I wanted to know how to get to the island. Unfortunately, taking the Special Rapid JR line stopped too far away from the right station, but the local JR line took me right to Maiko Station. Arriving at the station I marveled at the bridge that towered above me, now I needed to find out how to get across the bridge. Following the signs I learned that to get to the island I could take a bus which stops right about Maiko Station. So I hopped on the bus and for about ¥1,800 and about a 40 minute bus ride I got off at one of the bus stops by AEON mall on Awaji Island.

I went during Japan's Golden Week, which is around spring time, and I could not have asked for a more perfect day. It wasn't too hot and the view was crystal clear like the water surrounding me. I walked from the mall to the amusement park, which seemed to be a main attraction on Awaji, but since I was by myself I went around the park to sit on some steps overlooking the ocean.

The amusement park is officially called Awaji World Park Onokoro. It contains a collection of rides and mini architectural structures from around the world such as the Basilica, Tasma Hal, and more. It also has an assortment of rides and attraction so everyone ca enjoy. It is a wonderful place to visit for a day.

Awaji is not only a cool place for its amusement parks, because of the seas there are some great beaches to go to. Sitting on the steps overlooking the sea I can agree that is is a beautiful spot to unwind. The air is so clean, the trees so green, and I have already mentioned how blue the water is. Sunflowers also bloom around summer time, I have heard, and they can cover many fields. I went in spring time so I, unfortunately, was too early for the sunflowers, but there is always next time.

The last attraction that draws many to Awaji is also the cycling. If you have one, you can take it in a bag and travel first by ferry, or just seek out a rental bike on the island itself. It seems to be a huge destination for cyclists who can bike around the island without the regular hustle and bustle from the city traffic in Kobe. I can see why, from just my short visit there I could see how the calmness of the bike lanes and the scenery alone could draw someone in. I hope to go back to bike there in the future.

It was a really relaxing experience and I would recommend Awaji Island to anyone who wants to see some beautiful scenery and wants to get away from the crowded cities. Going to Awaji I expected it to be a lot smaller, but I was pleasantly surprised. 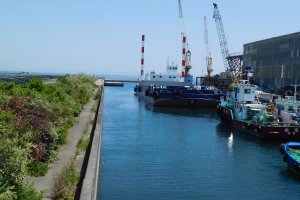 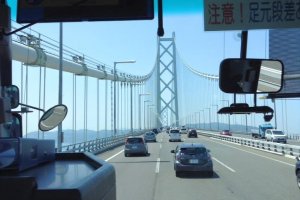 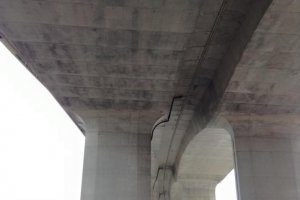 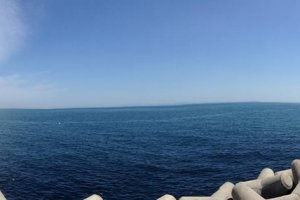 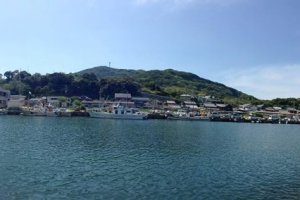 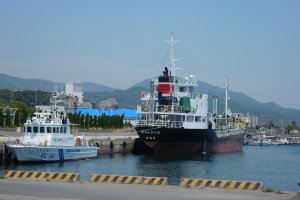 Bonson Lam 3 years ago
I hope you can visit the Island again for some cycling. I am sure there are some scenic coastal roads.
Reply Show all 0 replies