An open air market at the Kobe Winery

Where in Japan can you go to an American-style open-air market at a European-style vineyard? At the next installment of Ein Open Department, a recurring event held at the Kobe Winery. Ein Open Department was the brainchild of Ryo Okamoto, buyer for Hyogo-based Einshop. Einshop is a clothing, accessories, and home goods store with four locations in Kakogawa, Himeji, and Kobe. Einshop's products are fashionable and earthy with a mix of Japanese, European, and American brands. Einshop is environmentally conscious and a big proponent of the organic and handmade trends that have become popular in recent years.

This article is pending status confirmation with the described event potentially no longer active.

Ein Open Department was inspired by a trip Okamoto made to the Portland Farmers Market. And while Einshop's re-envisioning is not anywhere near the scope of Portland's legendary market, it's still able to create an atmosphere that feels uncommon for Japan. This is partially thanks to the event's unique location, the Kobe Winery. As one might expect, the Kobe Winery is home to the vines and production facilities for Hyogo's own Kobe Wine brand. But the vineyard's spacious grounds are also home to a barbecue area, wine shop, cafe, ceramics museum, some historic thatched roof houses, and the impressive central square where Ein Open Department takes place.

Ein Open Department consists of a number of tents selling Einshop products, including a variety of outlet items at discounted prices. There is also a wide variety of food and drink available, being sold out of tents and food trucks. My personal favorite, from the 2013 spring event, was the deep-fried mashed potato fries, which were reminiscent of American state fair food.

The market also has several areas promoting learning and DIY activities through workshops. As an active outdoorsman, I'm a big fan of the woodcutting workshop put on by the LumberJacks Kakogawa, a local outdoors club that promotes wood burning stoves in Japan. There are also workshops on jewelry making, metalwork, T-shirt printing, and toy making, and you can take a tour of the Kobe Winery.

Ein Open Department has been a regularly reoccurring event and has taken place twice in 2013. The upcoming summer event will be on August 31 and September 1. The final event of the year will take place in November. If the market continues to be as successful as it has been in the past, it will very likely continue well into the future.

I enjoyed living in Japan for nearly seven years. After studying Journalism and Japanese studies in Chicago, I first went to Japan in 2005 and taught English for two years. I returned to the States, but I soon found myself back again. My second time in Japan was only for one year, which I spent working at a Japanese company. On my third stretch, I returned with my wife and ended up working at a study abroad agency, helping Japanese students pursue their dreams of studying English in different countries. I spent all of my seven years living in Hyogo, the heart of Japan, where I split my free time between traversing the great outdoors and seeking out design-centric shops and cafes in Kobe and the Hanshin area. Hyogo has a little bit of everything, and it's the perfect fit for someone who loves both beautiful, natural scenery and modern, urban adventure. 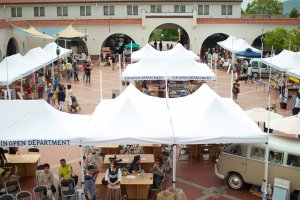 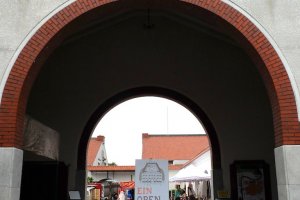 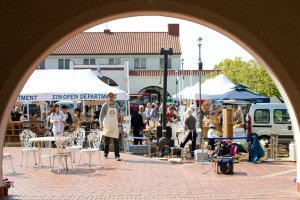 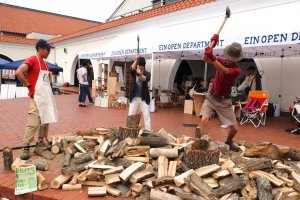 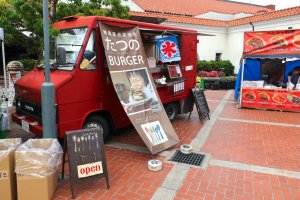 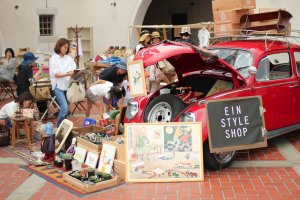