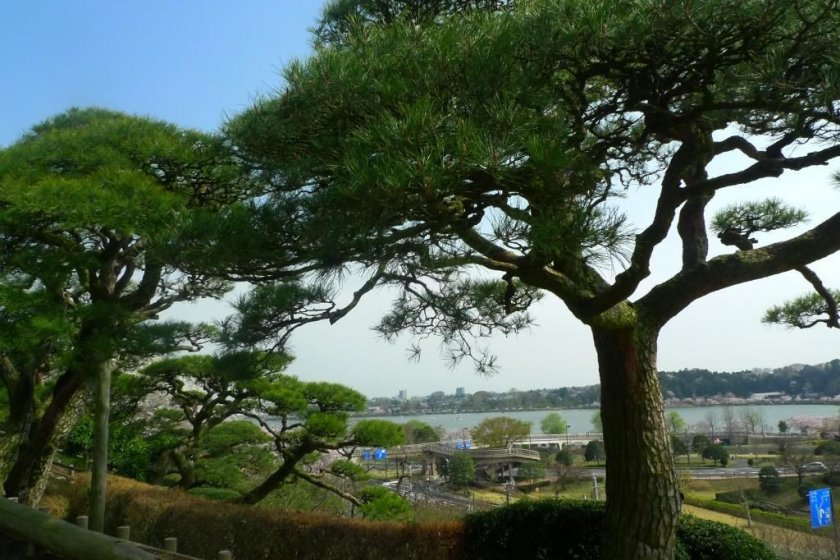 If you have been a tourist to this country, or lived here for any length of time, you have probably heard of the Three Great Gardens of Japan. Okayama is home to Korakuen, Kanazawa has Kenrokuen, and Mito lays claim to the expansive Kairakuen. Each one has its own different set-up and selection of flora, but behind Kairakuen’s beauty lies a twist: beyond simply pleasing the eye, Kairakuen was built for battle.

Opened in 1842 by the 9th Lord of Mito, Noriaki Tokugawa, it was overtly intended to be a place for the local citizens to relax and restore themselves. The name itself is built from the characters for ‘everyone’, ‘relax’ and ‘park’, chosen to indicate that, unlike most other parks constructed by nobles, this park was to be open to the public (albeit only on certain days of the month). Situated nearby the newly opened Kodokan learning institute, it was designed so that students could come after their lessons and enjoy the beauty and views as a way of relieving stress and maintaining health of both body and mind. As part of this overall sense of balance, the park itself was organized so that half was flowering trees and shrubs, while the other half was the dark, soothing green of bamboo and other vegetation, similar to a yin-yang symbol.

For all intents, it serves this purpose beautifully. Its location on the crest of a hill gives Kairakuen a commanding view of the surrounding area, and even on a rainy day the sight of Lake Senba seen from above, framed by the raindrop-laced branches of a majestic Japanese pine, is worth braving the weather. Though the famous plum trees, of which there are over 3000 in 100 different varieties, were not blossoming yet when I visited, the bamboo forests were even more dramatic thanks to the darker surroundings.

However, what really fascinates is the duality invested in every inch of the celebrated space. According to our wonderfully animated volunteer guide, part of the reason this park was built was due to Lord Noriaki Tokugawa’s concern over the English take-over of Hong Kong after the Opium Wars, and his desire to prepare Mito for any potential invasions of its own. To this end, Kairakuen was designed so it could be used as a fort, with each aspect carefully chosen both for its combat usage as well as aesthetic properties.

For example, the bush clover lining the ground between the plum trees was not simply an alternative to grass; bush clover was a main feed source for horses, and thus necessary to maintain a cavalry in case of war. Not only that, when allowed to grow tall enough it could be used to make make-shift walls and fences for shelters or defenses. The plum trees themselves, all 3000 of them, would be enough to provide a necessary source of energy and sustenance for the fighters, whether eaten raw or as the traditional Japanese pickled plum. The nearby bamboo grass garden was planned so that there would be raw material to weave baskets to contain things, or simply for wrapping food in to preserve it. Both bamboo forests had their separate, but conjoined uses; the thinner, straighter bamboo trees were used for making arrows, while the thicker, stouter bamboo variety was perfect for bows. As an additional piece of trivia, the bamboo forest planned for use in bows is a special variety brought in from Kyoto, the very same species picked by Thomas Edison to provide the longest-living filament for his first commercial lightbulbs.

Even the view has been commandeered to defensive ends. Near the aforementioned pines lie some carefully chosen flat rocks; a small square one for playing shogi, Japanese chess, and a large, rectangular one for playing the traditional stringed koto as a musical accompaniment. Of course, on the surface this seems like an idyllic way to spend a day, but it was really intended as a disguised watchtower. Overlooking the main road into Mito, which itself was sandwiched between Lake Senba and its nearby tributary, people were stationed here to monitor any inroads by opposing forces, and were equipped with a large cannon to delay their progress.

As the final touch, adjoining the park is Tokiwa Shrine, which is a picturesque repository of traditional Japanese Shinto structures and regalia. Though we weren’t told as much, it seems logical that this would also be a part of the plan, though it came much later. Either way, it rounds off the sense of duality by completing the contrast between society and spirituality, this life and the next.

If you would like a guided tour of the area, there are volunteer ‘History Advisors’ who are more than happy to regale you with the stories and legends, and some can even do so in English, Korea, or other languages (please check and reserve in advance).

Find out more about Kairakuen Garden. 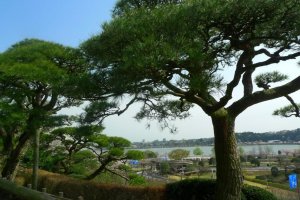 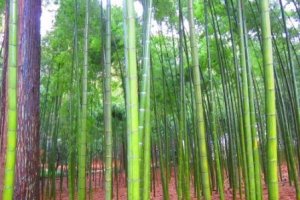 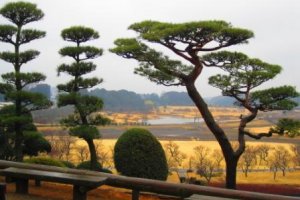