Chrysanthemums are Japan's most popular autumn flower and there are many festivals celebrating their beauty. Kasama's Kiku Matsuri is certainly one of the country's most impressive. Dating back to 1890, it is Japan's oldest festival dedicated to this symbolic flower.

Every year, from mid-October to late November, 600,000 tourists travel to Kasama to wander around the grounds of the famous Kasama Inari Shrine, where 10,000 pots of chrysanthemums are on display.

Chrysanthemums were brought to Japan from China in the 8th century and were originally used as medicine and were a symbol of longevity. A few centuries later, in the Kamakura period, the 'ichimonji' type became the official crest of the Japanese royal family. This crest has sixteen petals and especially ambitious chrysanthemum growers aim to raise identical flowers. Try to identify the sixteen petal flowers among the wide variety of traditional chrysanthemum displays in the main grounds of the shrine. There is also a special area that requires an admission fee of 800 yen. Pay the fee to view an incredible indoor exhibition of full-sized mannequins, posing as important Japanese historical figures, which are covered in blooming chrysanthemums.

The festival runs from around 8:30 to 16:30 each day during the above mentioned period. In addition to the festival, Kasama has a lot to offer visitors. The city has a rich history as it was once a 'castle town' and is now famous for its pottery industry which creates beautifully handcrafted works of art.

The Kasama Inari Shrine itself dates back to the year 651 and is one of the three largest Inari shrines in Japan. The shrine sits along a lively traditional shopping street with many tasty restaurants to choose from for lunch. My favorite is the Cafe R Hana, which is equal distance between the shrine and the Sashiroyama Castle Remains Park. Visit the festival, have a tasty lunch, shop for some pottery, and then spend some time in the Nichido Museum of Art, which is located on the edge of the park. 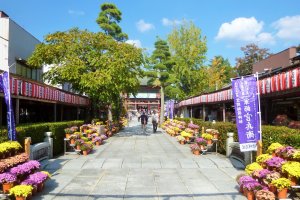 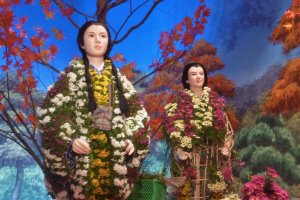 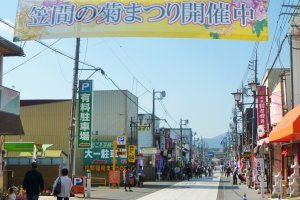 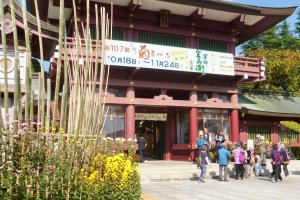 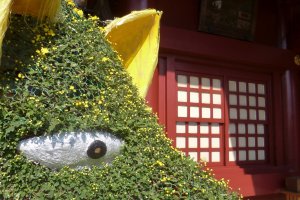 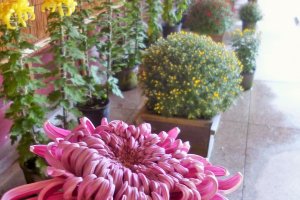 Lynda Hogan 3 years ago
A reminder to check out my local chrysanthemum festivals, I haven't been for a few years but the displays are always so impressive.
Reply Show all 0 replies

Elena Lisina 3 years ago
Impressive festival! Thanks for sharing!
Reply Show all 0 replies

Justin Velgus 8 years ago
Thanks for including the history of chrysanthemum. Because of the importance of the flower to Japan, I wrongly assumed this flower was native to the country.
Reply Show all 1 replies

Sandra Isaka Author 8 years ago
I also found this surprising, especially since it is the symbol of the Japanese royal family!