On a visit to Mito one spring I found myself with half a day to fill, and on a map of the area I saw a place rejoicing in the name Okushi Kaizuka Fureai Park. The helpful woman at the information office assured me it was interesting, then kindly walked me to the bus stop, so off I went.

As the name suggests, it is a park, and a very pretty one too, if rather small. There are some grassy areas for kids to run around in, and a separate area with slides and climbing frames; it's all fringed with cherry-blossom trees that were blooming handsomely, and there were plenty of families picnicking and enjoying the warm weather.

But that's not all there is. It's also an archaeological site, and at the entrance to the park, there's an exhibition room with ancient artefacts on display. Everything was only in Japanese, so I didn't know the detail of what I was looking at, but I could see shell mounds, dioramas showing the area as it might have been, and fragments and reconstructions of pottery utensils and figures.

Then there's a part of the park given over to a recreation of some ancient dwellings, a handful of small huts with steeply sloping thatched roofs. It's fun to poke around these - some are open, so we can go inside and get a feel of what it would have been like to live in them - and look at the statues of an ancient family, complete with their friendly little dog.

The most striking feature is a giant white statue of a seated man, presumably a replica of an ancient one (but don't quote me on that). We can go inside, where there are a couple more exhibits, and stairs that take us up to balconies with nice views across the park and the nearby countryside. We can also go into an odd mirrored room with flashing lights and life-size replicas of ancient art, giving the impression of being in a kind of neolithic disco.

If you're not driving, it's about 25 minutes by bus from Mito station; take bus #52, from stand 3 at the north exit. If you are driving, then on the way there or back from central Mito you could stop off at Rokujizo temple, which has huge weeping cherry blossom trees.

The park itself is always open; the statue and archeological exhibits are open (and there's no charge) from 9:00am to 4:15pm daily except Monday, opening on Monday and closing on the next business day when the Monday is a national holiday. 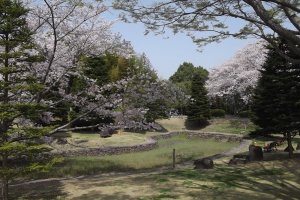 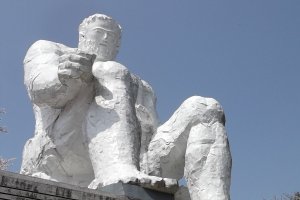 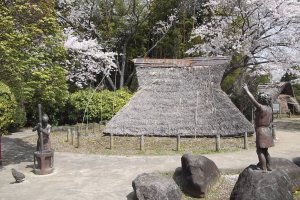 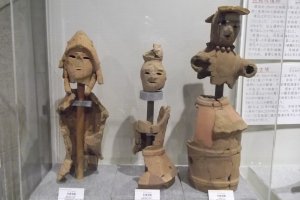 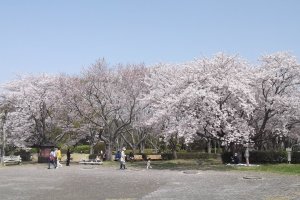 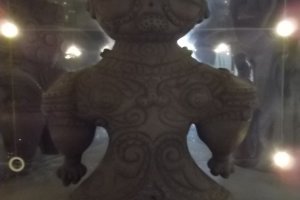 I particularly like the little bridge you found.
Reply Show all 0 replies

Elena Lisina a year ago
Those figures are replicas? I always wondered how they could be preserved for thousands of years!
Reply Show all 1 replies

Peter Sidell Author a year ago
I assume they're authentic - if I were going to make a replica I'd make it complete! :)
Reply
3 comments in total