Deep with history, culture and nature

“Just as the Minano River, which flows down from Mt. Tsukuba, begins to increase in depth from a small river, my feelings about you are getting deeper and deeper.” So went the verse found in one of Japan's most famous Japanese poetry collections, the Ogura Hyakunin Isshu.

A mountain created some 100 million years ago, Mt. Tsukuba has featured in the heart and minds of Japanese for centuries. In the Kojiki, Japan's classical chronicles of the early myths and legends of the nation, it is written that the gods, Izanagi and Izanami created Japan. Some attribute Mt. Tsukuba to being their first creation and with such cultural and mythological weight behind it, Izanagi and Izanami, 'the gods that lay country' are enshrined at Mt. Nantai and Mt. Nyotai, the two peaks that make up Mt. Tsukuba.

This cultural influence continued well into the Edo period and beyond. According to fusui (feng shui) theory, the northeast direction, thought to be the path of the devil, was considered a negative influence and with Mt. Tsukuba located northeast of old Edo Castle, its shrine has been well protected and respected by the Edo shogunate.

Along with its culture and mythology, modern Mt. Tskuba also features many souvenir shops approaching the mountain's shrine. One famous souvenir to be found here is, interestingly, toad oil. After passing the torii gate, lies a beautiful red bridge called Shinkyo. Past the bridge stands the great Zuishinmon Gate. Further on, visitors will find the Haiden prayer hall with its large bell. Smaller shrines like Kasuga and Itsukushima can also be found in the area.

Like most shrines, lucky charms and goshuin temple and shrine stamps can be had here. Wedding ceremonies are not uncommon either. Next to the shrines is Omido with its stunning view of the Kanto plain. There are also views of Tokyo Skytree. Visits to the shrine can be on foot which take about 90 minutes, otherwise a cable car will reduce the travel time.

Mt. Tsukuba is a mountain rich with history, culture and nature, making it an excellent place to visit.

Take the Tsukuba Express Line to Tsukuba Station. From the station, take a bus to the mountain.

Find out more about Mount Tsukuba.

Born in Tokyo. I like historic places such as Kyoto, Nara and Kamakura and gourmet (especially seafood) . My hobbies are collecting Gosyuin (red stamps), watching statues of Buddha, and watching soccer games. 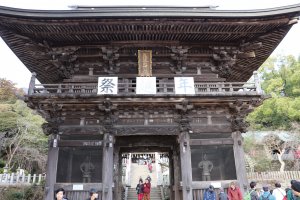 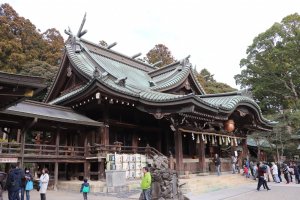 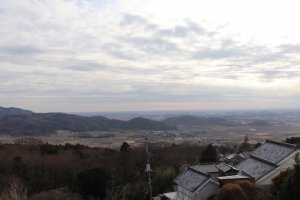 Geraldine Buergel a year ago
Looks like you get an incredible view on clear days! I hope I can manage to get there soon, spring seems to be a good time to visit.
Reply Show all 0 replies

Sherilyn Siy a year ago
When I visited the shrine, the upper part of the mountain was shrouded in mist and looked very mysterious. The place was pulsing with a spiritual energy. Definitely a must-visit.
Reply Show all 0 replies

Kim a year ago
What a neat view of Skytree from there!
Reply Show all 0 replies

Elizabeth S a year ago
It's a magic mountain. On each of my trips there, the mountain has revealed more amazing views, wild legends, and deep history.
Reply
5 comments in total