With cold winters and frigid winds that blow off the North Sea, Ishikawa Prefecture is the perfect place to indulge in a visit to a natural onsen (hot spring). Kaga City, just outside of Ishikawa’s capital of Kanazawa, is home to Yamashiro Onsen, a welcoming hot spring neighborhood with a history that dates back over a millennium.

One of the most unique baths in Yamashiro Onsen is Kosoyu (古総湯). In the early part of the 20th century, the town welcomed numerous visitors to its “soyu”, or public baths. Recently, Yamashiro Onsen rebuilt Kosoyu in the style of a Meiji-era facility, complete with materials and techniques used in the late 19th and early 20th centuries.

The interior of the bathhouse is decorated with hand-crafted tiles, produced by artisans in the nearby Kutaniyaki district. Stained glass windows, made in the exact style as they would have been in the Meiji Period, color the interior in various hues when the sun shines through. Being true to early 20th century bathing culture, there are no showers or washing stalls in the bathhouse. Visitors use the simple wooden buckets provided to rinse themselves before stepping into the tubs. The waters themselves are 100% natural, meaning bathers’ skin will feel luxurious after a soak.

It’s worth visiting the bathhouse in the evening, when the building is illuminated with hanging lanterns. The scene serves to transport bathers back to a more romantic era.

If you prefer to bathe in a slightly more modern atmosphere, the neighboring Soyu bathhouse sports similar hours and the same waters. 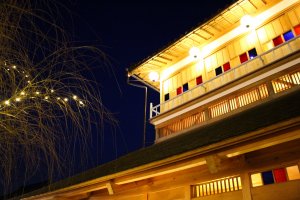 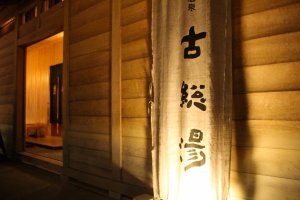 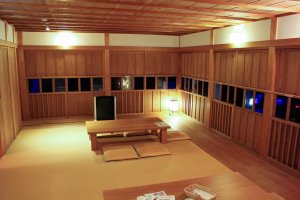 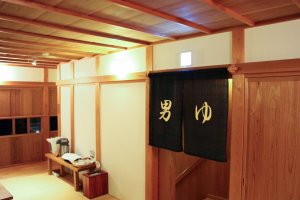 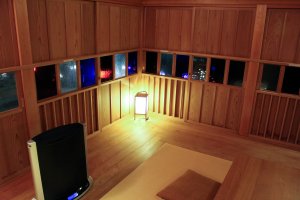 Yui Yamaguchi 5 years ago
The glass windows look like influenced by Art Deco a bit.
Reply Show all 0 replies
1 comment in total