Experiencing the Spirit of Washoku in Ichinoseki

Food to be savored with all the senses

Long since enshrined a UNESCO protected cultural property, “washoku” as a word has now entered into the English language in response to the shortcomings of merely translating it as “Japanese cuisine”. In short this is because washoku cannot be reduced to the food itself, no matter how exquisite and nuanced the flavors themselves may be. Washoku is after all a product of more than a recipe, and whether it is the urushi lacquer-wear and ceramics that frame it, or the rituals and ceremonies that surround it, washoku is first and foremost a matter of culture.

While even daily life in Japan is positively packed with opportunities to understand the philosophy of washoku, those looking to get a taste of authentic cuisine should consider taking themselves on a gourmet tour far away from well-trodden ground.

Cuisine at the Heart of Local Culture

Our journey begins in Ichinoseki, Iwate prefecture, nestled in the North East of the main honshu island of Japan, a region famed among other things, not least the spectacular Hiraizumi World Heritage Sites that are a draw for visitors the world over, but also for its Japanese rice cake, mochi washoku, cuisine. Arguably one of the oldest delicacies in Japan, mochi is a simple yet versatile dish that builds on the quintessential flavor of Japanese rice through any number of additional flavors. As with much of washoku, its cultural place is as important as its place at the dinner table, with mochi frequently eaten in the New Year and at Japanese wedding ceremonies.

In Ichinoseki one of the most celebrated customs is the so-called issho-mochi, a ceremony that marks the child’s first birthday, seeing the child take their early unassisted steps with an issho (roughly 2 kilograms) of mochi rice cake on their backs. Needless to say this is no easy task, but one that is believed to set them up from an early age to take on and overcome any adversity that may come their way. Mochi is chosen as the staple dish of the area, and the reason behind the weight is that an issho is also a play on the Japanese words for “together” and “long-life”, guaranteeing the child a prosperous life bound to the community through a shared cuisine.

Likewise the presentation and framing of washoku is almost as important as the food itself, in Ichinoseki it is the local artisanal crafts of the area that converge on food culture with mochi frequently presented on the region’s celebrated Hidehira-nuri urushi lacquerwear tableware. Japanese tableware or washoki is best thought of as the frame to a picture, the complimentary setting that in the case of Japanese tableware sets the scene for the cuisine, at times highlighting the season and occasion, at others completing the taste of the dishes as much as showing appreciation for the taste of the lucky recipient. Ichinoseki’s urushi work is famed throughout Japan for its irresistible iridescent luster, as well as the grace with which it ages, developing a beautiful patina with use and the passage of time.

Completing the washoku puzzle are the rituals that accompany cooking and eating, each region enjoying their own customs and time-honored traditions that resonate from the dinner table right to the locals fields where the ingredients originate. Nowhere is this more evident that in the grounds of the Honederamura Shoen Iseki estate, where you can see for yourself the field to table tradition largely unchanged since medieval Japan. In the grounds of the estate the area’s arts, cuisine and culture unite with urushi from the trees, rice from the fields and oil from sesame seeds amongst other local commodities being gathered together at the Honedera temple since antiquity. There the traditional way to eat mochi in the area has developed over the next 800 years, honed by the season, the colors of the ingredients, and the customs of the area into what is called Mochi Zen cuisine.

Now a feast for all the senses, mochi is presented in lacquer trays designed to take you on a journey through the various aspects of mochi, frequently presenting the dish in five different colors to stimulate the eyes and eaten in a specific order to exaggerate the differences in flavors that take you on a gastronomic journey from sweet bean paste through to nuanced radish. Traditionally eaten in meditative calm, the meal ends with warm water passed through each bowl to make a final soup that builds to a climax that gourmands the world over will delight in.

Beyond mochi, the Ichinoseki area is positively teeming with gourmet washoku treasures waiting to be discovered, but all with a deep culture that surrounds them. From award winning Iwate Kura craft beer, to sweet Honedera estate pumpkin ice-cream at Polano Gelato, and the so-called “Flying Dumplings” delivered in a basket across Genbikei gorge, you are guaranteed cuisine as varied as the area itself.

Needless to say no trip is truly complete without taking in some of the Hiraizumi sites, such as the Konjikidō, Golden Hall, which represents the peak of 12th century Japanese artistic accomplishments that will take your breath away with its grandeur, as well as the temple gardens of Mōtsū-ji that will stun you with their breathtaking simplicity. A successful tour can be accomplished in a day trip, but why not consider adding in at least one night extra at one of the regions charming ryokan inns or hot-spring spa resorts to add in another chance for a memorable meal into your itinerary. 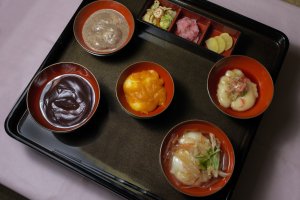 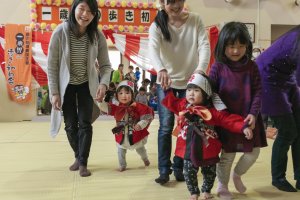 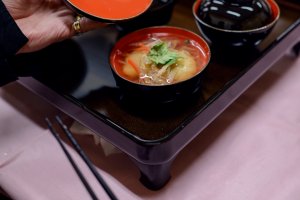 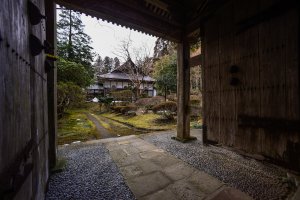 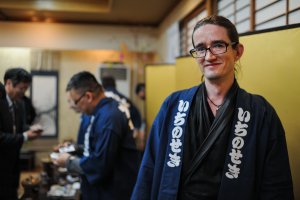 Elizabeth S 4 months ago
I'm savoring craft beer from the brewery there now and longing to go back to Ichinoseki to take it easy, eat, drink and take in the slow culture there.
Reply Show all 0 replies

Elena Lisina 3 years ago
Seems to be a small place now...
Reply Show all 0 replies
2 comments in total