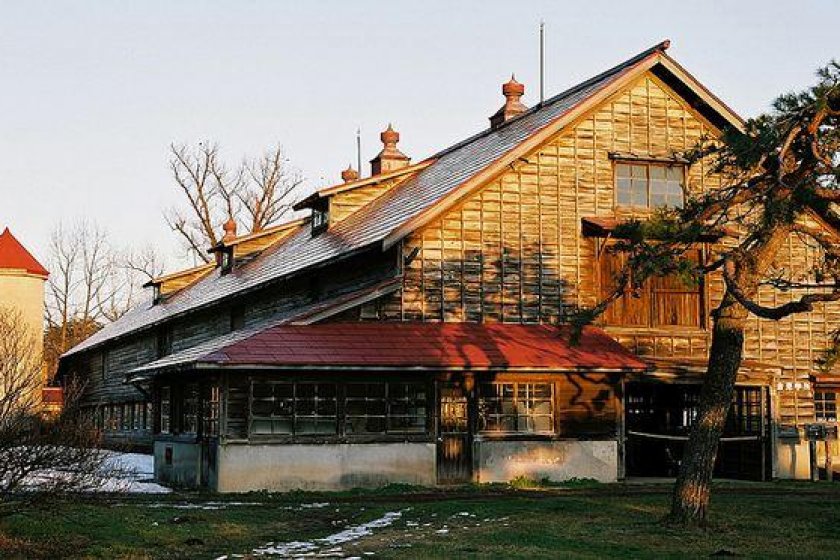 Country Living at Its Best Since 1891

In 1888 this part of Iwate Prefecture was very much a barren wasteland with just a few trees. Just three years later would open something magnificent. It was the Meiji Restoration and technology was sweeping the country, but some felt that country living still had a place in Japan. Masaru Inoue, known as the father of the railroad in Japan, was spearheading railroad projects into Tohoku when he met President of Mitsubishi Corporation Iwasaki Yanosuke. Together with Yanosuke’s assistant and the company’s vice president Gishin Ono, the trio decided to start Koiwai Farm.

The name of the farm comes from a combination of the first kanji of each of the last names of each man:

Last names are written first in Japanese. Also when kanji, literally Chinese characters used to write Japanese words, are used, the reading of the kanji is changed. This is why Ono’s name is not O, but Ko when used with the other kanji. When combined, characters in combination can be interpreted as “small rock town” which doesn’t do justice to all the nature and greenery in the land.

The founders of Koiwai Farm intended the farm to be in harmony with nature. The entire area is wrapped in forests. 2/3 of the forests were planted and grown over the just shy of 125 years since the area’s development. There is power generated from the biomass of decaying plants and unused animal waste. Patented green technology created onsite is being used in cities to help reduce the heat island effect. The staff even hosts an eco-farming school to teach children how to take care of our Earth better. The farms philosophy is right on, but any company also has to be a business. The low price of 500 yen gives you entry to the rolling fields and agricultural world, and it is very much worth it. The farm is banking that you will pay extra to enjoy a few of the extra attractions and spend money in their lovely restaurant, ice cream parlor, or gift shop selling gifts and food items courtesy cows raised on site. These items include top quality milk, butter cookies, and cheese. It is incredibly tasty and it is worth the extra money. Hop on the cow train, a tram decked out in cow disguise that rolls around the park moo-ing to see all the farmland provides. Families will enjoy archery, horse rides, trampolines and hamster ball devices. The latter is more or less a hamster ball parents lock their children in. Sometimes the children are rolled down hills, other times they are put in water bobbing around with other confused children. Farm lessons can be learned through places to watch or try milk and wool production, as well as wood working skills.

Koiwai Farm is an oasis. The region of Tohoku has few large cities, but even it is lacking in wide open spaces like the acres of farm land at this tourist destination. Walking around and enjoying the flowers and rolling hills in the background, you wonder if this is Japan or part of the American West. Children laugh and run around on the free playground while couples enjoy an ice cream under the shade of a tree. The whole farm emits a feeling the easiness of country living. It is a must visit for those that want to escape the city or see a farm in Japan that is not surrounded by rice fields. 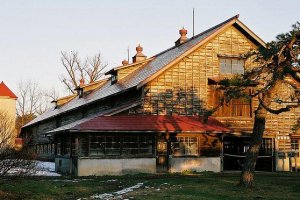 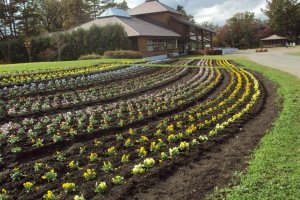 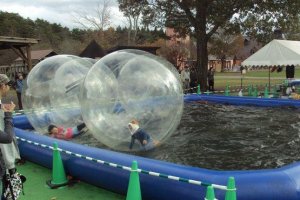 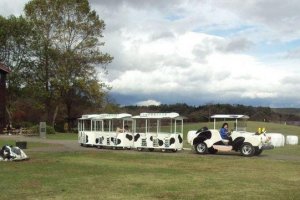 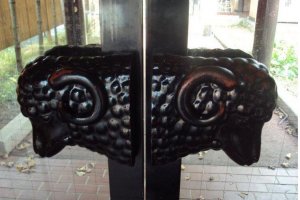 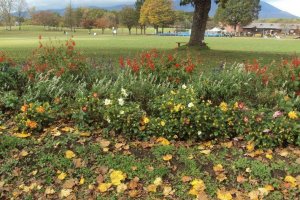