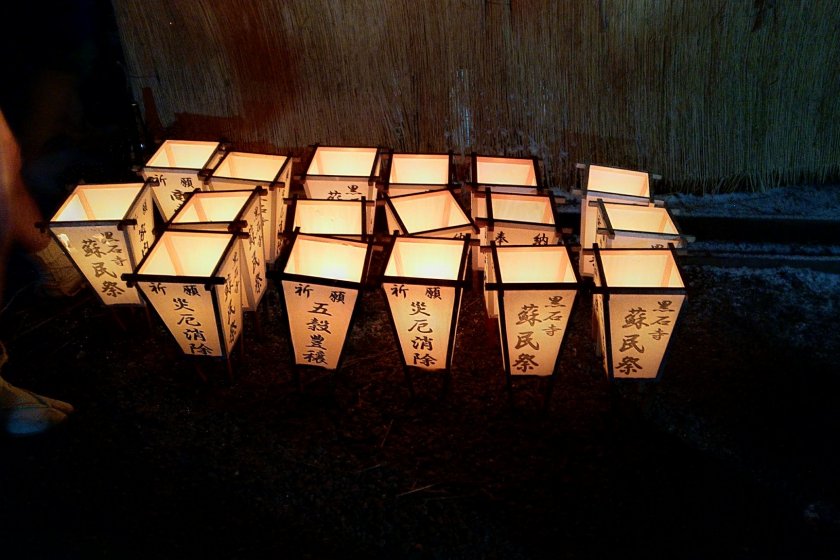 Sominsai is a popular winter purification event in Iwate. It helps guard against illness and bring prosperity to the participants. The Kokusekiji Sominsai is one of the biggest and longest such events, and one of Japan's many famous naked festivals. It starts at ten o'clock at night and goes on until sunrise the next day. The participants go through several challenges over the course of the event.

Sominsai originated around 1000 years ago according to the legend. A high Buddhist priest traveled to what is now Iwate Prefecture looking for a wife. He met two brothers, Somin Shorai and Kotan Shorai. The elder brother Somin, was very poor and the younger brother was very wealthy, owning several warehouses. However, the younger brother refused him hospitality so he stayed with the older brother. On his way back, the priest stopped by to thank Somin for his hospitality. He asked about his family. Ordered them to put on a ring of "kaya grass" for protection. Next, he destroyed everything except Somin and his family. The "somin bukuro" is made of the same material, hence its great power.

The Kokusekiji Sominsai, as mentioned earlier, lasts all night and has four events or challenges. The first part is the water purification ceremony. The participants get ready in their assigned shelters, they keep only a loin cloth on, (fundoshi in Japanese). Next they march down to the river for the water purification. Throughout the event the participants shout as loudly as possible "jasso joyasa", it essentially means "evil go away". They go down to the river, douse themselves in cold running water not once but 3 times. There are a few hundred participants, so it takes a while.

The next event is standing atop a smoldering pyre as a show of bravery, all participants will take turn climbing at the top and shout "jasso joyasa". It's not actually wood burning, it's some green kindling mixed with the logs that makes a lot of smoke. Still, it is quite impressive.

After that, the participants climb the steps of the temple with a burning wood stick and try to get past the guard to take the lucky bag. This part represents the participants trying to get the lucky bag (somin bukuro). None of them succeed as it has to be fought for in a long battle. Probably that getting the lucky bag this way might not yield the good health and prosperity that the bag imparts. This is considered cheating.

The final event is the battle for the lucky bag, The battle starts at four in the morning and will lasts until past sunrise. The winning participants has to take the bag away and carry it to a designated area away from the temple. It's a very hard fought battle, most participants end up bruised up and some even bloody. In the tussle, it's not unusual for a loincloth fall off. In that case, the participant have to put it back in order to continue the fight. Since the audience is mixed, it would be considered indecent to carry on without their loincloth.

The site is about the same distance from the Mizusawa Station or the Mizusawa-Esashi Shinkansen Station but there is no bus nor public transit to get there. You need a car or taxi to get there. From the shinkansen station take Route 14 south for about 7 kilometers, you'll get to a T intersection, that's Route 343, turn left and follow the signs to the temple.

From Mizusawa Station, take Route 343, it starts near the station, follow it south to the temple. 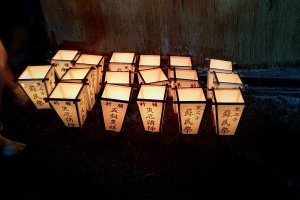 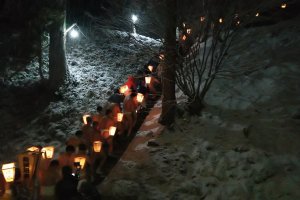 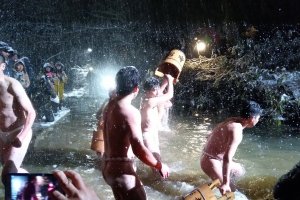 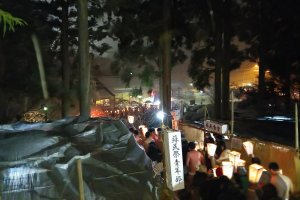 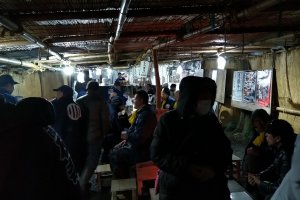 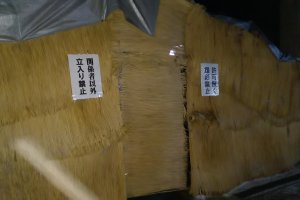 Elizabeth S 3 years ago
Your photos reveal the action! You'd have to be really tough to go through water and fire purification in the cold.
Reply Show all 0 replies
1 comment in total