Wild Flowers of Iwate and Tohoku

While Iwate may lack some of the features of the bigger cities, it more than makes up for those deficiencies with all of its natural beauty. Whether we're talking about beaches, mountains, rivers, skiing, snowboarding, wildlife and a rich trove of wild plants and flowers it has it all. This article will focus on the wild flowers of Iwate and Tohoku.

Iwate is the largest prefecture (Hokkaido is bigger but isn't labeled prefecture, more like a territory) in Japan with one of the lowest population, that means there is a lot of wild open spaces. The only thing to be aware is that there are a few bears, I've spotted many over the years and in most cases they will simply run away before you even see them. Whether you come in early spring or in fall and anytime in between you"ll be able to enjoy some wild flowers throughout the warm period of the year. Some flowers like the butterbur 〈フキ) come out while there is still some snow on the ground, just like crocuses. The shoot of butterbur (ふきのとう) is actually edible before it turns to flower. Some people say that it also has medicinal properties. Just after that comes the Trout Lily (片栗), it's a purple little flower with a black stripe. The Trout Lily flower root is used as a thickener in Japanese cooking known as katakuriko. (片栗粉) These early spring flowers are easier to spot since most vegetation has not started growing yet, they add some welcome color after the long winter.

Other amazing flowers that bloom in early spring are the Anemone Pseudoaltaica (きくざきいちげ), a very beautiful flower that looks a little like a daisy, it comes in a variety of colors from white to purple. I've only seen that flower twice in 10 years of hiking the mountains of Iwate. Also at about the same time is the Heloniopsis Orientalis (しょうじょうばかま) comes in colors from pink to purple with the tips of the petals almost black, you can find this flower near streams.

One of the most beautiful flowers that I have ever seen is probably the Cypripedium Japonicum, (クマガイソウ), it's very sought after for tea ceremony, it's also a protected flower. So if you see it in the wild, don't take it, you could find yourself in trouble. It's also a very delicate flower, it's shaped like a ball with an opening at the bottom. It doesn't like direct sunlight.

In late July comes the Japanese Mountain Lily (ヤマユリ), it's a gorgeous flower like most lilies are with an incredible fragrance. You can see it all over the mountains in Tohoku and like most flowers it has a short life of just a few days. In August comes the Asiatic day flower (ツユクサ), it blooms for only one day hence the name. Many if not most people consider it a weed as the Japanese name imply. It's only a couple of centimeters wide but is so impressive. It was transplanted to Europe and North America and it has taken over some of the native species unfortunately, it's not usually a good idea to bring in foreign plants into a new environment.

So next time you head out to the mountains of Iwate and Tohoku look for some of those and hopefully you'll find some that I haven't seen yet. I have spotted many more but couldn't find their names so that will be for next time. 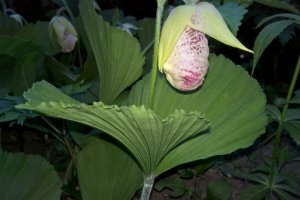 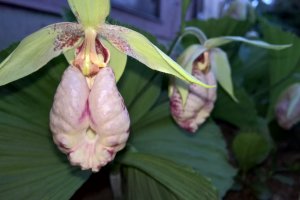 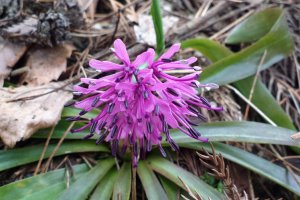 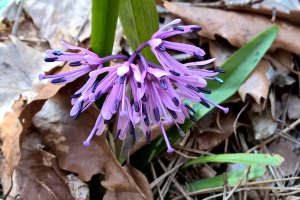 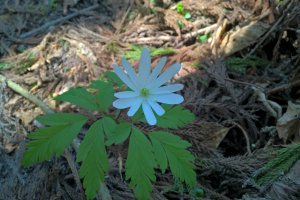 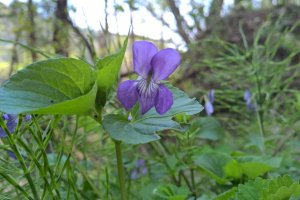 Justin Velgus 5 years ago
Wonderful pics and detailed info! I am impressed and hope to learn more myself.
Reply Show all 0 replies

Victoria Vlisides 5 years ago
I am really enjoying the flowers this summer. Nice to see ones in other prefectures. :)
Reply Show all 0 replies
2 comments in total