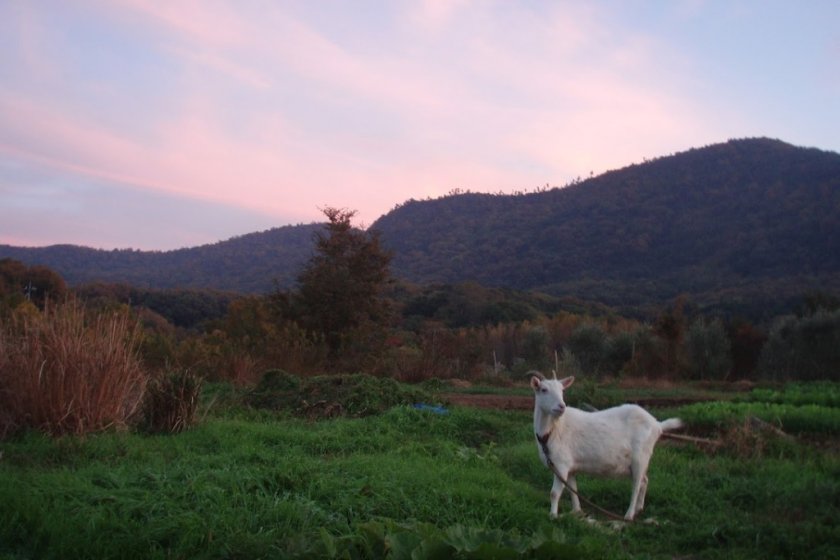 Shodoshima, the island of olives in the Inland Sea

The Goat at our Friends Farm

Ah, Shodoshima! There has been nowhere more true to my idyllic Japanese fantasy then here. The foliage ranges from maple to palm and vegetation from mountain potatoes to lemons. The vast topography of this island has something sure to please mountain dwellers and beach seekers alike. Now, Shodoshima literally translated into English is “Small bean”. If you ask a local the origin of the name, you're sure to get many different explanations, depending on who you ask. My best guess given that I didn't see any beans being grown on the island is that it's the shape and size of the island itself that gave it its name. But that's just my opinion.

Whatever your plans when traveling throughout Japan, be sure to include a trip to this little piece of heaven on earth. I truly mean it; if this was the only place I saw in Japan, I would leave satisfied. There's so much to do, but here are some of the highlights of the island:

Olive Park
That’s right, Japan grows olives, and the best ones come from Shodoshima. So much so that Milos, Greece is the sister island to Shodoshima.

Kankakei Gorge
A must-see at any time of year. However, going in the fall and seeing gingko trees turn golden yellow and the maples vibrant red, contrasted against the bright green of the cedar is truly a treat for the eyes (especially if you've just come from a concrete jungle city such as Tokyo).

Angel Road
Similar to Ile Callot in France, walk along sandbanks to three islands only accessible by foot at low tide. How far can you get before the tide comes in?

Monkey Park
Located at the top of the Shodoshima Skyline Road, these mischievous mochi-munching monkeys will do anything to coax you into giving them all of the food in your car. Keep your windows rolled up and do not exit the vehicle.

88 Temple Pilgrimage
The island is 124 km around and offers a mini pilgrimage of 88 temples (in imitation of the 88 temple pilgrimage on Shikoku Island). One of the temples is home to a 1500-year-old juniper tree, planted by the emperor in the Meiji period. This temple is also the site of a battle that took place involving Miyamoto Musashi.

Location of the Film “24 Eyes”
This film may only be known to true movie buffs, but the locals are proud to have had a Hollywood-esque movie filmed on their humble island. There are many monuments and museums dedicated to this movie.

Local Food
This island is a large manufacturer of sesame oil; you can smell the distinct scent of sesame as soon as you dock in the harbour. Somen noodles are a delicacy here. These fine, vermicelli like noodles are made with sesame oil, which gives them their delicate taste. Rice is grown using traditional terraced rice fields and sake is produced from the rice grown on the island. Soy sauce, olive oil, citrus fruit, and root vegetables are all produced here.

These are just the main attractions, but there is so much else to explore. Getting here is quite simple. There are numerous buses, trains and ferries connecting this island in the Seto Inland Sea to Japan's mainland.

It would be a real pity to miss out on this wonderful island, offering traditional Japanese culture, without the hoards of foreign tourists — in fact all of the tourists here were Japanese, which made being here more of a true Japanese style experience.

There is no place like Shodoshima, just go — I promise you won't regret it! 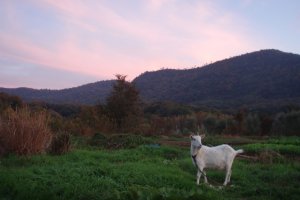 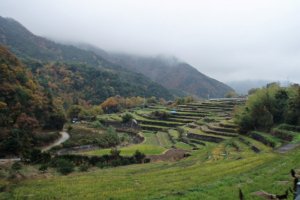 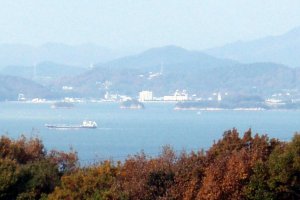