Shodoshima is a major producer of soy sauce in Japan, with a 400-year-old history in making the salty condiment. There used to be hundreds of small manufacturers on the island, happily producing high-quality artisanal soy sauce. Through partnerships and mergers, less than a hundred of the factories remain today and they are concentrated near the Shodoshima town centre in an area called "Shou no Gou" or 'country of soy sauce'.

Factory tours are available at this soya sauce village. I started with Yamaroku Shoyu, who has been producing this condiment for five generations. The factory was built during the Meiji era, and the barrels of Japanese cedar - used for the fermentation process - are over a century old. During the free factory tour, which was conducted in halting English, I was given a rundown on the production process.

There are four ingredients in soy sauce - soybeans, wheat, salt and water. The concoction, called moromi, is left to ferment in large wooden barrels for months and even years. Commercial soy sauce have shorter fermentation periods of a few months, while artisanal producers like the ones on Shodoshima will leave the moromi to ferment for two to three years, depending on the beans. Over time, the pale-coloured mash will darken into a rich and lusciously dark colour. The liquid is then squeezed from the moromi and boiled to stop the fermentation.

Soy sauce quality and taste is determined by the quality of the ingredients and the mould used. Mould plays an essential role in the fermentation process, as it determines the taste of the soy sauce.

My next visit was to Kin Ryo, which has a swank shop on its factory grounds. You can view the wooden barrels through a window that opens to the side of the building. The Japanese-speaking staff will explain the production process without charge. Again, the tour ends with a sample tasting session, where you get to try one of their specialities, that is the flavourful combination of their soy sauce with garlic oil.

For a comprehensive view of traditional soya sauce production, head to Marukin, the leading soy sauce producer on Shodoshima and one of the best in Japan. On-site is an interesting soy sauce museum, housed in a building that dates back to the early 20th century. The exhibition explains the soy sauce-making process and has interesting paraphernalia, including old soy sauce advertising posters, on display. Admission fee is ¥210. After the exhibition, be sure to have a soy sauce soft serve ice-cream at the shop. It sounds odd but it is absolutely delicious.

So if you are a regular soy sauce dipper and are interested in knowing what goes into making this condiment, do pay these places a visit. You'll come away with a new found appreciation of the humble soy sauce. 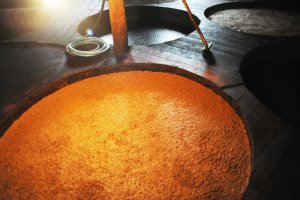 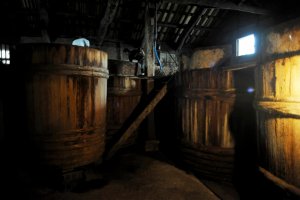 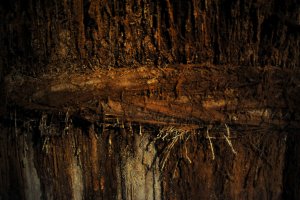 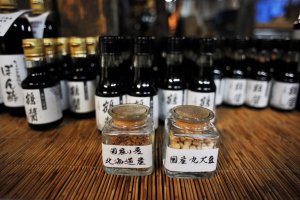 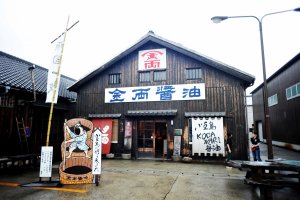 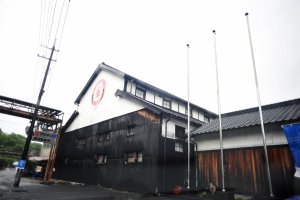