Over the years, I have visited Shodo Island dozens of times and always make sure that I recommend my friends to visit this gem of the Seto Inland Sea. By far, my first and most emphatic recommendation is to visit ‘Saru no Kuni’ (lit. Monkey-land) in the mountains of Shodo Island. The full name of the open-air, fenceless zoo is 銚子渓自然動物園お猿の国 (Choshikei Shizen Doubutsuen o-Saru no Kuni), but that can be quite a long name to remember! Locals and domestic tourists usually refer to it, almost exclusively, as Saru-no-Kuni. On the internet, the English name is often written as Choshikei Monkey Park. Under any name, this makes a great place to visit for couples, families with children, photography enthusiasts, and animal lovers alike.

Despite being designated as a zoo, it is more of a private park. Anyone who has visited the deer-filled Nara Park can get a better idea of how this ‘zoo’ operates. Fences surround the park, but these are just meant to keep humans from bypassing the ticket gate. The animals themselves can and do travel wherever they desire. The only thing keeping the animals here is the fact that they get fed regularly by customers. Japanese Macaques are native to Japan, and can be seen over most of the nation, except Hokkaido. Sometimes called ‘Japanese Snow Monkeys’, these animals are often pictured in snowy landscapes. No other primate is more northerly living, nor lives in a colder climate. In Japanese they are known colloquially simply as “saru”, which is the general word in Japanese for monkeys. Usually in the Japanese wild, Macaques avoid interaction with humans and can be dangerous for those who come across aggressive animals. However, the monkeys that frequent this mountain-top park are docile, and pay little attention to humans. They seem so passive towards human presence, that some might think that they are more like pets than wild animals. In this regard, visitors should be aware. These are wild animals and have been known to bite tourists who try to touch them or pick them up. In my many visits, I have never seen anyone try, although a more real and present threat might be monkey-thieves. They have been known to snatch cameras out of people’s hands and to reach into pockets to steal keys, wallets, and more. All in all, this park is completely safe for those who use a little bit of common sense.

In addition to walking around the grounds to watch the monkeys, entrants to the park can also enjoy several other activities. There are many plumed peacocks in cages and deer lurking in the trees. Twice a day there are Monkey Shows, where hand-trained Macaques perform tricks to the amusement of the crowd. At any time of day visitors can ask members of the staff to feed the animals under supervision from one of two locations in the park. It is forbidden to feed them on your own, for two reasons, the animals’ diet and for your own safety.

JapanTravel recommends this destination with the luxury accommodation found at the Resort Hotel Olivean Shodoshima. 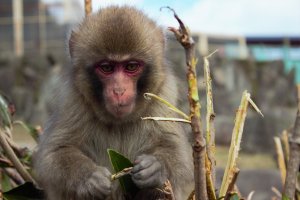 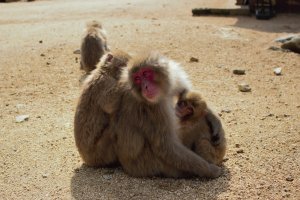 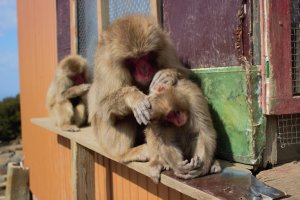 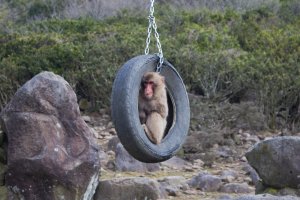 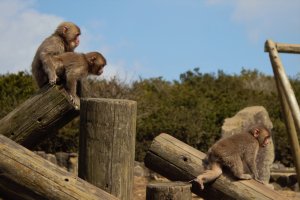 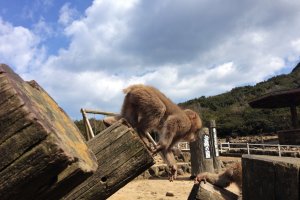 Kim a year ago
It's an amazing experience seeing these beautiful animals up close.
Reply Show all 0 replies

Elena Lisina 6 years ago
I visited Jigokudani Yaen Koen and it was fantastic! But nobody there could feed the monkeys except for the park's staff. I enjoyed that place a lot!
Reply Show all 0 replies
2 comments in total