A special event at the Takamatsu City Museum of Art

A special exhibition taking place at the Takamatsu City Museum of Art looks at the works of picture book author and illustrator Dick Bruna (1927 - 2017). One of his iconic characters was Miffy, and the 1997 book "Miffy at the Museum" (known as "Usako-chan Bijutsukan Heiku" in Japanese) centered around Miffy visiting the museum for the first time. The surprise and excitement Miffy showed in the book is a reminder of the fun and wonder that museums offer.

This event will showcase pieces from the museum's collection alongside works from Dick Bruna, encouraging visitors to embrace that sense of wonder in art that Miffy showed for themselves.

For those who opt to visit via public transport, the museum is around 15 minutes on foot from the JR Takamatsu Station, which is served by the Yosan Line and the Kotoku Line. 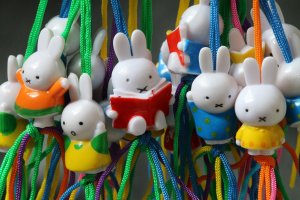