Your gateway to Kagawa Prefecture

Kagawa's Takamatsu Airport is located approximately 25 minutes drive from the heart of Takamatsu City, and the airport acts as a gateway to the beauty that Shikoku has to offer. The majority of flights operating through Takamatsu Airport are domestic routes, including services to and from Tokyo's Haneda and Narita airports, and Okinawa's Naha Airport. There are a smaller number of international route offerings, some of which are only seasonal, including Hong Kong, Taipei, and Seoul's Incheon Airport.

For a smaller airport, there are an impressive range of retail stores and eateries to explore here while you're waiting for your flight. Many of the souvenir stores sell goods not just from Kagawa, but from Ehime, Kochi, and Tokushima, the three other prefectures that make up Shikoku. Something you'll notice at many of the retail stores and restaurants is the presence of sanuki udon - this is one of Kagawa Prefecture's specialty regional dishes, and they're quite proud of it. In fact, if you're arriving into Takamatsu Airport, you'll notice a display bowl of sanuki udon on the baggage claim area!

For those planning to travel around Kagawa by car, there is a rental car counter in the first floor arrivals lobby. There are various companies who offer rental services from here, including the likes of Toyota, Times, Orix, and Nippon Rent-a-Car. If you'd prefer a two-wheeled sightseeing experience, there are also 125cc scooter rentals and electric bicycle rentals available from the airport too. If you're unsure of what (or where!) to explore first, stop by the tourist information center (also on the first floor) for some guidance.

On the third floor of the airport building you'll find an observation deck where you can pass some time watching planes take off and land.

There is parking available at the front of the airport for almost 1400 vehicles.The first hour of parking is free.

A bus service is available from Takamatsu Station to the airport (Kotoden Bus Line). The ride takes approximately 45 minutes at a cost of 780 yen for adults and 390 yen for children. 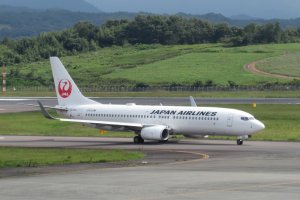 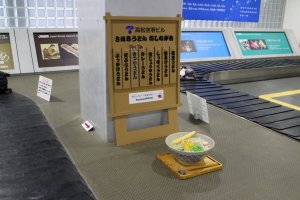 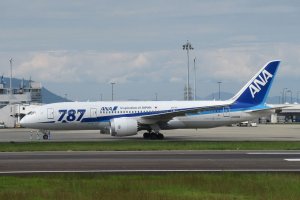