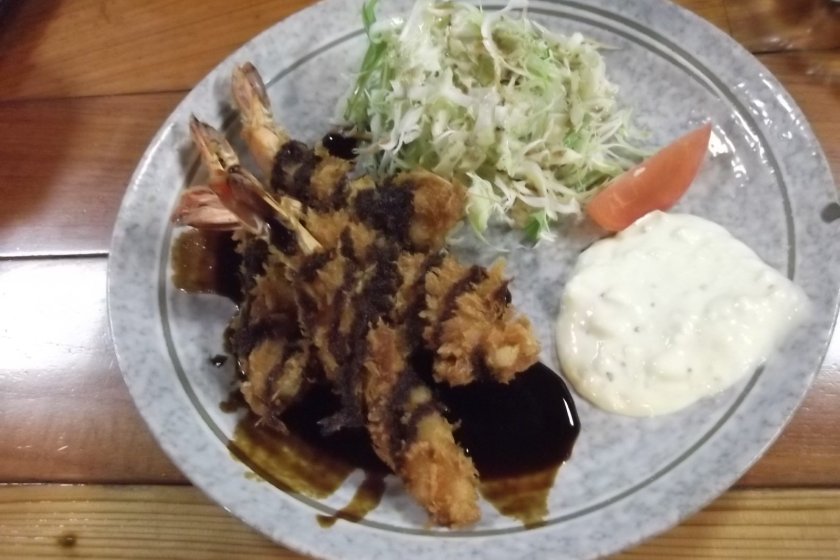 As the main town on Yakushima, the port of Miyanoura has the island's best range of eating and drinking options, for visitors and locals alike. Walking around one evening on a quest for dinner I happened across Shunsai Tokitei, which did me fine with a big, filling meal and some refreshing and generously sized drinks.

Step inside and it's a typically fun, cheap 'n cheerful neighborhood izakaya. There are a couple of booths with raised tatami floors to sit on round your little table, and a couple of other tables near the seven-seat counter. The decor is a jumble of photographs, beer posters and other knick-knacks, and all around and behind the bar are dozens of sake and shochu bottles, many of them with labels showing they're kept for regular customers.

My free little dish was an appetizing mix of meat, vegetables and soybeans, and I started with that and a Moscow Mule, which came in a pint glass noticeably more than half full. For my dinner I chose the ¥1,300 fried shrimp set, which barely fit on the tray, so many dishes were there: the plump, juicy shrimps in crispy batter came with cabbage and mayonnaise, and I also had a bowl of rice, a block of firm, smooth tofu, a small side dish of deliciously fresh sashimi, plus pickles and soup. It was just the feast I needed after a day on the trails of Yakusugi-land.

Other sets on the English menu cost between ¥1,200 and ¥1,800, including a chicken set and one with pork cutlet, and there's a whole range of other dishes. Fried shrimp and shrimp tempura are ¥850 apiece, a delicious-sounding pork and kimchi omelette is ¥680, octopus kimchi mayonnaise ¥650. I saw tasty-looking sashimi being taken to some other customers, along with a whole fried fish with its fins sticking up in the air. Drinks are also reasonably priced, especially if they're all as generous as my cocktail: beer is ¥600, chu-hais such as peach, lemon and apple ¥500, soft drinks ¥300.

I was joined later by a couple of other visitors from the trails, who'd had Tokitei recommended to them by the staff at their accommodation. If the locals tell you to go there, then that must be a good sign. 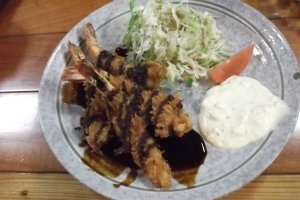 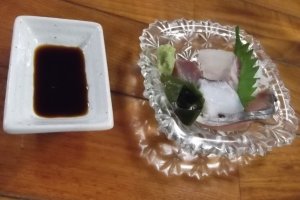 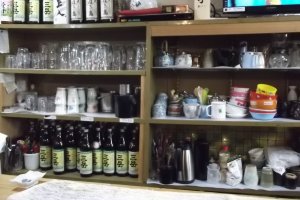 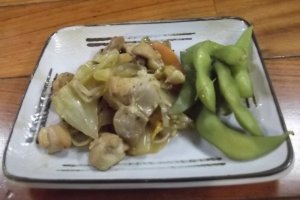 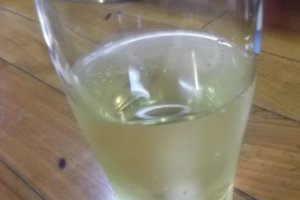 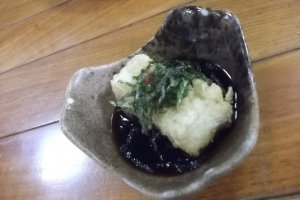