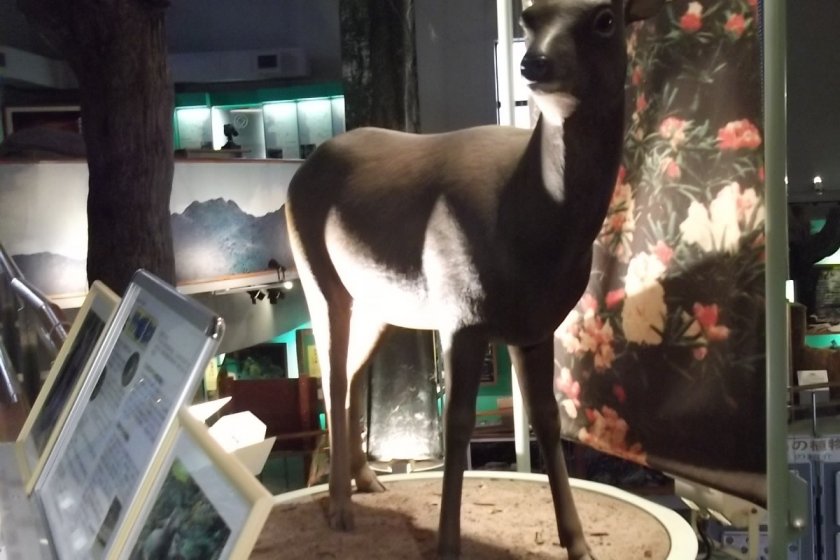 One of the models of Yakushima's wildlife

Since Yakushima became Japan's first UNESCO Natural World Heritage Site in 1993, there's been a large increase in the number of tourists visiting the island, and more facilities built to accommodate them. One of these is the grandly titled Environmental Culture Village Center: almost immediately next to the ferry terminal at the main town of Miyanoura, it provides a good introduction to the island's varied ecology and history.

The first thing you should do is head for the theater and watch the panoramic movie on the impressively large screen. This takes you first on an exciting helicopter ride, swooping over the island's mountains and forests, then down into the woods to see the abundant plantlife and wildlife that live there. The commentary is only in Japanese, but the beautifully photographed images really give you a feel of quite how wild and unspoilt the island is.

The exhibition space is arranged on a sloping walkway around a central hall; there's a range of different displays, some of which have information given in English alongside the Japanese. In the center there's a scale model of Yakushima island, with chains hanging from the ceiling above it; these represent the average rainfall at different points on the island, which in some of the mountainous inland regions can exceed an astonishing eight meters, a fact brought home by the neighboring model of a tree which serves to provide some scale.

As you walk up and around the walkway, you'll see diverse displays on the marine life around the island, the village culture of its prehistoric people, the animals that live in the forests, and of course its trees; there are models of cedars and deer, banyans and turtles, colorful deities and strangely formed rocks. All of this prepares you well for trips out into the forests, which you can explore at Yakusugi-Land or Shiratani Unsuikyo, the inspiration for the forest in the Studio Ghibli move "Princess Mononoke".

Once you've looked around the exhibits you can relax over a drink or snack at the adjoining cafe, or go to the gift shop to browse wooden goods, hand-crafted from the preserved stumps of trees felled decades or even centuries ago. What could make a more fitting souvenir from your visit to the island of trees? 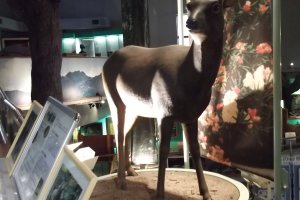 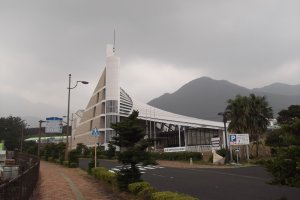 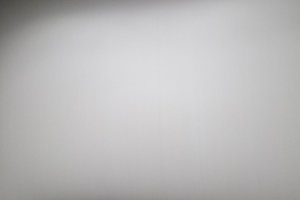 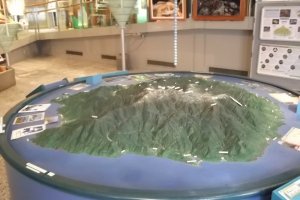 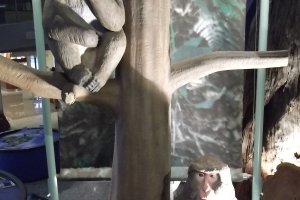 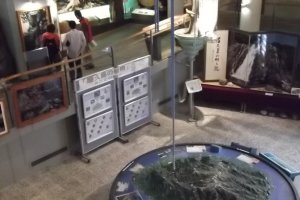