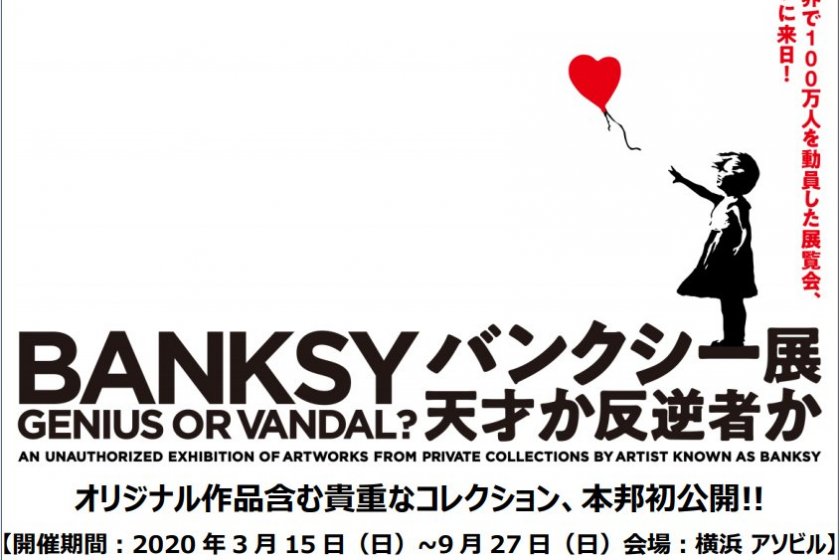 Since his appearance on the art scene in the 1990s, Banksy has been the focal point of a great art and sociological controversy: Is graffiti art or vandalism? That is precisely the question that the new Yokohama-based art exhibition asks with its title “Banksy: Genius or Vandal?” By visiting the show, you’ll gain insight into his mind and works and be able to decide for yourself: Just what is Banksy?

This is an exhibition unlike any other. It has been shown in four cities around the world (Madrid, Moscow, Lisbon, and Hong Kong) and this is the first time it will be coming to Japan. Don’t miss out on this stirring debate taking place in Yokohama’s Asobuild from March 15, 2020, to September 27, 2020. Tickets went on sale from January 29th. It’s time for you to decide, is Banksy an artist or a rebel, genius or vandal?

This exhibition offers a rare opportunity to see Banksy works off the street. More than 70 original Banksy works will land in Japan for the first time ever. Immerse yourself in the mysterious and anonymous works of Banksy; these 3D objects and limited prints, as well as his political and humorous satirical messages, are sure to offer you insight into the world today.

Experience works that were on display at Banksy’s own theme park “Dismaland” as well as the Bristol Museum of Art. There will also be a multimedia space that will introduce the thoughts and feelings embedded into Banksy’s works. Get into his head and reflect on his state of mind while creating these pieces, then decide for yourself if Banksy is a genuine artist, a fraud, a businessman, a rebel, a genius, or a vandal.

Banksy is an anonymous street artist, vandal, political activist, and film director based out of England. He’s been active since the 1990s. Other than his works, little is known about Banksy and there are many theories about who the face behind the name might be. Banksy’s satirical street art uses a distinctive stencil technique which lends itself well to identification. His works have been featured on streets, walls, and bridges throughout the world.

In the past, Banksy sold photographs and reproductions of his street graffiti; however, now his public installations are sold, this often includes removing the physical wall the piece was painted on. There are many controversies surrounding Banksy, his works, and sociopolitical stances. Even within the art community, the divide between those who think of Banksy as a genius or as a vandal is wide.

You can access the exhibition via Yokohama Station’s southwest exit and enter the Asobuild building directly.

Find out more about Asobuild. 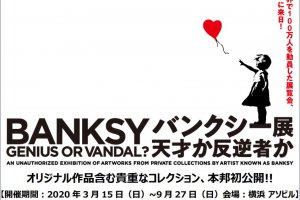 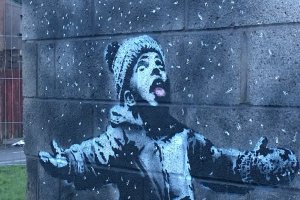 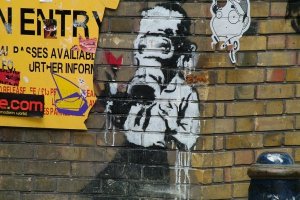 Sherilyn Siy a year ago
Intriguing.
Reply Show all 0 replies

Elizabeth S 2 years ago
Some believe he’s responsible for graffiti art here in Tokyo. The mouse with an umbrella was discovered in January.

Is it his work?
Reply Show all 0 replies

Sleiman Azizi 2 years ago
I'm not sitting on the fence with this one. Clearly graffiti art...
Reply Show all 0 replies

Kim 2 years ago
This would be awesome to visit! Glad the exhibition has a long opening window!
Reply Show all 1 replies

Serena Ogawa Author 2 years ago
It will definitely be a great chance for fans or critics to get up close and personal with his works.
Reply
5 comments in total