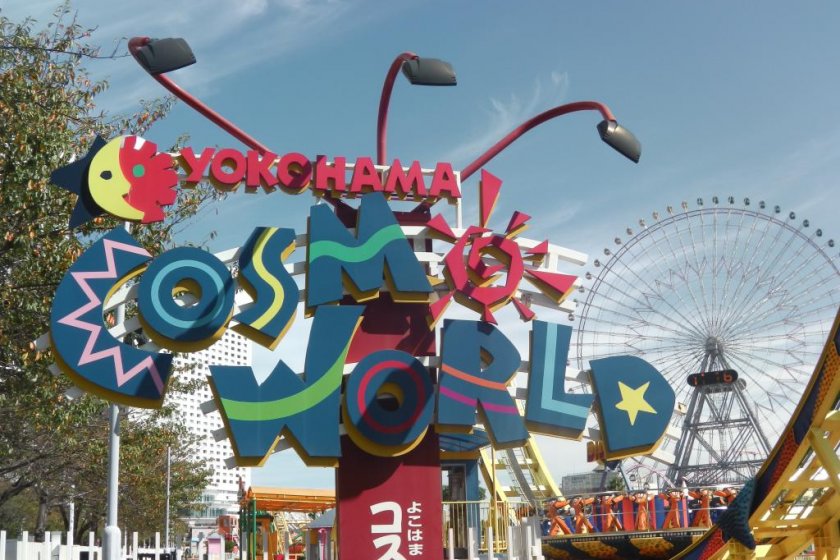 Fun and games for the whole family in Minato Mirai

A beautiful and inexpensive amusement park

Yokohama Cosmo World is an amusement park in the center of the Minato Mirai district, and includes the giant Ferris wheel that is a prominent feature of the area's skyline. It is inexpensive, picturesque, and extremely family friendly.

Cosmo World is divided into three zones according to age appropriateness, and is located on both sides of the Ooka River's mouth into Tokyo Bay, with a bridge connecting the mainland section with the Shinko Island section. With its waterfront view on all ends, Cosmo World is scenic and beautiful by day, and its brilliant lights make it a romantic place to walk at night.

Unlike the major amusement parks in the area such as Fuji-Q Highland and the Tokyo Disney parks, Yokohama Cosmo World has no entrance charge. Instead, customers pay by the individual ride or attraction, allowing for cheaper overall costs. Prices range from ¥300-¥500 for the kiddie rides, and top off at ¥700 for the adult rides. The pricing is a perfect customizable option for people who only want to take a single spin, or those who want to spend the afternoon.

The children's area is quite extensive and features a number of mild kid- and family-friendly rides in the "Kids Carnival Zone," with features appropriate even for the youngest ages. Family members are, of course, allowed to accompany them on the rides. There is a beautiful two-level merry-go-round, several car- and train-riding attractions, and the Cycle Monorail, which gives brave kids the opportunity for a bird's eye view of the area. There is even a kids' game arcade called Cosmo-Fantasia Kids, with plenty of games and machines geared towards the younger ones.

The "Burano Street Zone" is for bigger kids, and features attractions ranging from a family-friendly roller coaster to some bigger and more intimidating rides like the spinny Super Planet and the Disk "O." There is also a cute "neighborhood" to walk through featuring another kid-friendly video game arcade, a haunted house, and the Adventure Maze. This area is lit up beautifully at nighttime, and is even worth a stroll for adults when it gets dark out.

The adults, however, will gravitate towards the "Wonder Amuse Zone" at the base of the giant Ferris wheel. The wheel itself, called the Cosmo Clock 21, is the main attraction here. Other thrills including a roller coaster (actually, described as a "Diving Coaster" here) called Vanish!, a log flume ride, and the overhead Spinning Coaster. There are also some additional kiddie rides mixed in. The Wonder Amuse Zone also includes some carnival-style games and a video game arcade designed for adults, as well as some game and puzzle attractions

There are food stands located throughout Yokohama Cosmo World, including a nice outdoor food court area in the Wonder Amuse Zone.

While there are enough kid-friendly activities to keep children entertained for a few hours, adults will not find enough here to occupy an entire afternoon. For them, Cosmo World should be an amusing stop conveniently located within the entertainment-laden Minato Mirai district, which includes nearby access to countless restaurants, bars, shops, and parks, and is within walking distance from Chinatown. A ride on the Cosmo Clock 21 at night would be a wonderful date spot, as the night lights of the area are particularly beautiful. 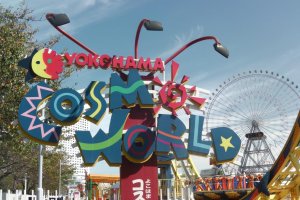 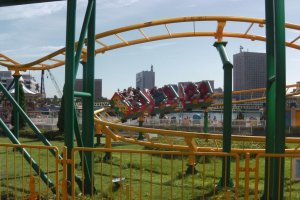 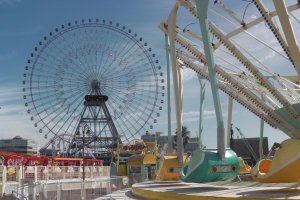 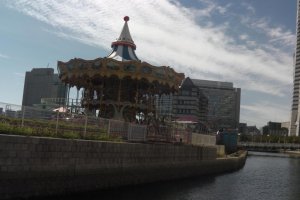 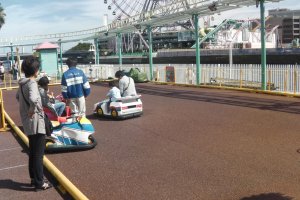 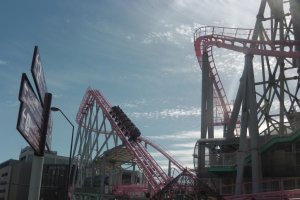 Chris 2 years ago
The arcade here is pretty cool. They have cool carnival games.
Reply Show all 0 replies

Selena Hoy 6 years ago
This place is fun! Absolutely thronging with couples on dates, so good for that.
Reply Show all 0 replies
2 comments in total