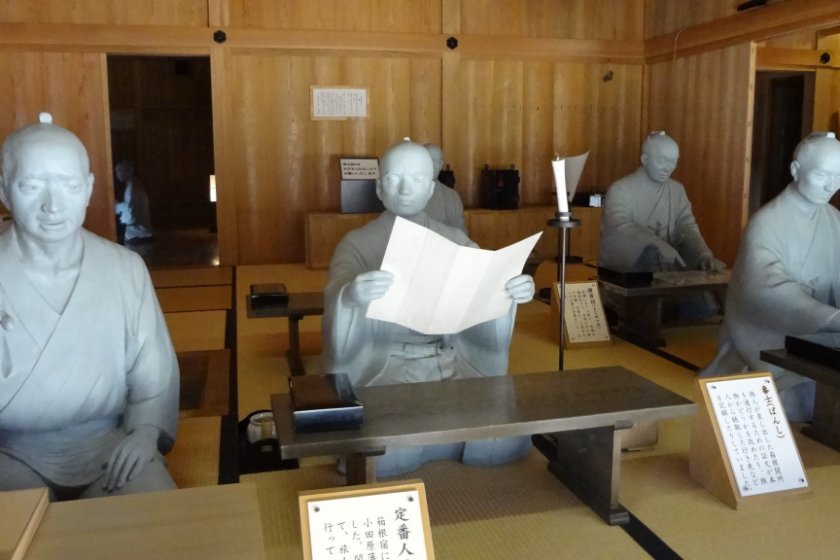 The most important barrier station of the Edo era

There are some checkpoint officials represented by gray-formed figures inside the buildings. This technique is used to illustrate how the officials worked.

A shocking story from the Hakone Check Point

In February of 1702, a young girl was captured by authorities in the mountain area behind the Hakone Check Point (barrier station). She didn’t have legal permission to pass through the gate and so she tried to secretly cut across the mountain. After being detained in prison for about two months she was executed, and her head put on display in public. The poor girl’s name was Otama. She had wanted to go back to her parents’ home in Izu, leaving her place of employment in Edo without permission. If she had finished her apprenticeship, she could have gotten a legal pass. But she hated working there and ran away. She was accused of breaking through the barrier—a very serious felony at that time. Locals, who felt sorry for her, began to call a pond (ike) near the barrier “Otama-ga-ike”.

Purpose of the Check Point

The Samurai Government in Edo (the original name for Tokyo) controlled “incoming guns and outgoing women” very strictly. The purpose of the Check Point was mainly two. The first was protection. To prevent large quantities of weapons coming into the city, all people had their belongings thoroughly inspected. The second purpose was this: Feudal lords all over Japan had to send their wives to Edo as hostages. The Check Point was created to prevent their escape.

In 1868, soon after the new Meiji government was established, the building was taken down. 52 other check points around Japan suffered similar fates. However, in 1983, a record showing the details of the Hakone Check Point was discovered. It was recognized as being of high historical and cultural value. Hakone town used the records and started to reconstruct it. But the complex project met with many difficulties. Many of the people involved (they were all highly dedicated) had different ways of thinking about how best to restore it, and as a result it took more than 20 years. By the way, you might be disappointed to find that the Check Point’s gates and buildings all look and smell NEW! Despite this, you can still feel the way of old Japan that only a few foreigners were able to experience in the Edo era.

There are some checkpoint officials represented by gray-formed figures inside the buildings. This technique is used to illustrate how the officials worked. The researchers were not able to discover enough details about the color or design of their clothing, so the models were done up in the form of gray figures.

Engelbert Kaempfer, who was a German naturalist and physician, worked and lived at Nagasaki for two years as a doctor for the Dutch merchant office from 1690. After he returned to Germany, he put on paper a record of his time and experiences in Japan. During a journey to Edo (where he had an audience with the Shogun) he was required to pass through Hakone on his travel from Nagasaki. His description of the Hakone Check Point was as below: “Solid fences surrounded the Check Point and in the distance were seen a natural fortress of a cliff and a lake. While we were passing through the gate, Japanese tourists got off the horses, took off their hats and their belongings were checked…”

Another German physician, Philipp Franz Balthasar von Siebold studied Japan and left huge numbers of documents. He also lived in Nagasaki as a doctor and went through Hakone to visit Edo in 1826, almost 130 years after Kaempfer. He commented: “There is a famous barrier station near Hakone village. This station blocks the route completely. It acts as a military defense for the Shogun’s residence of Edo. All people are required to get off their horses and walk through the gate.”

After looking around the restoration area, how about a cup of tea? There is a self-service tearoom inside the grounds. They have dumplings, sweet bean azuki soup and rice cakes, ice cream, green tea, plum-flavored green tea, amazake (a sweet alcohol drink made from fermented rice), and so on. These snacks and the Check Point are good examples of what Japan was and is like. Please enjoy the taste of each. 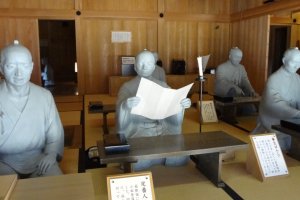 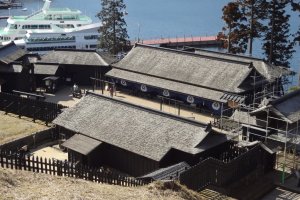 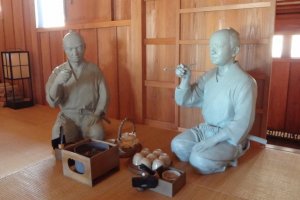 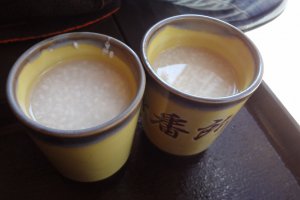 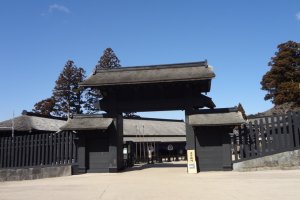 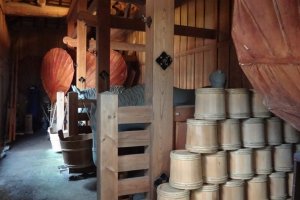 Sasa Jancikic 8 years ago
Poor victim of the government. It is always and everywhere the same.
Reply Show all 0 replies
1 comment in total