The Moon Window with hydrangeas. 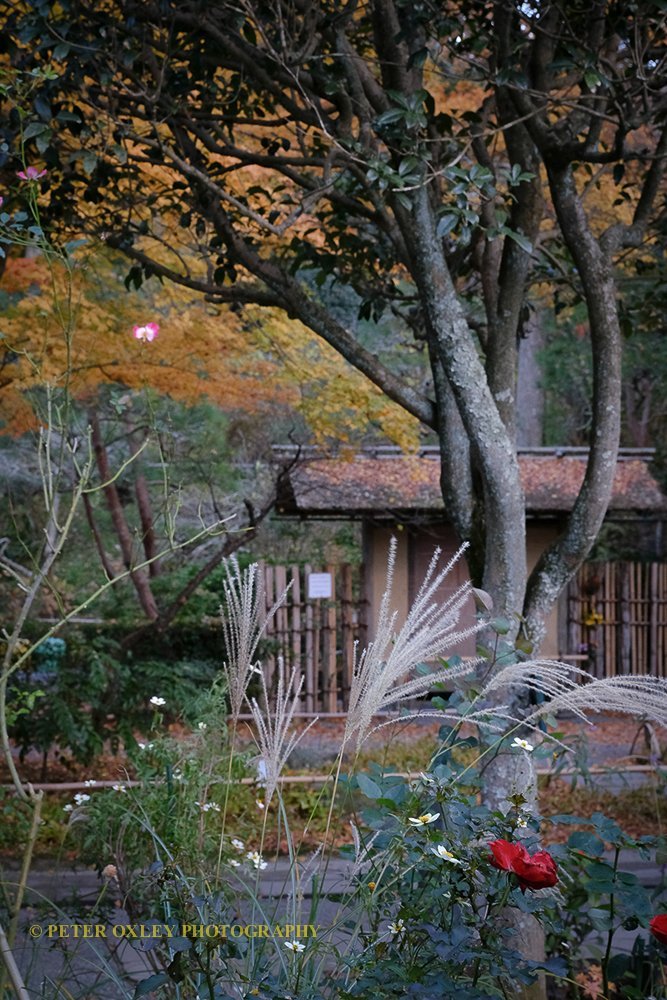 The teahouse amidst autumn colors. 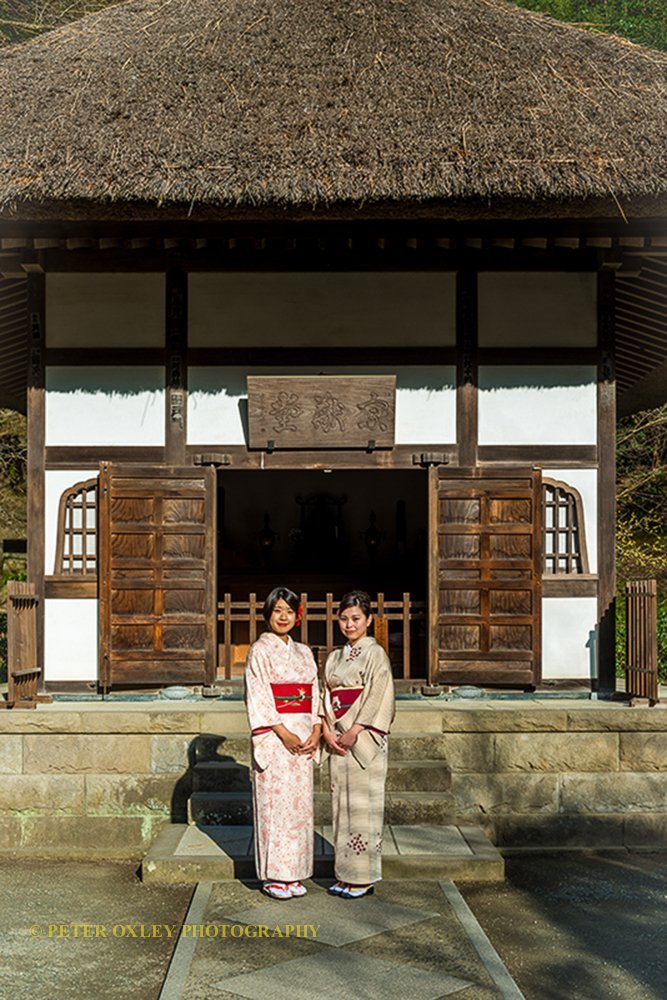 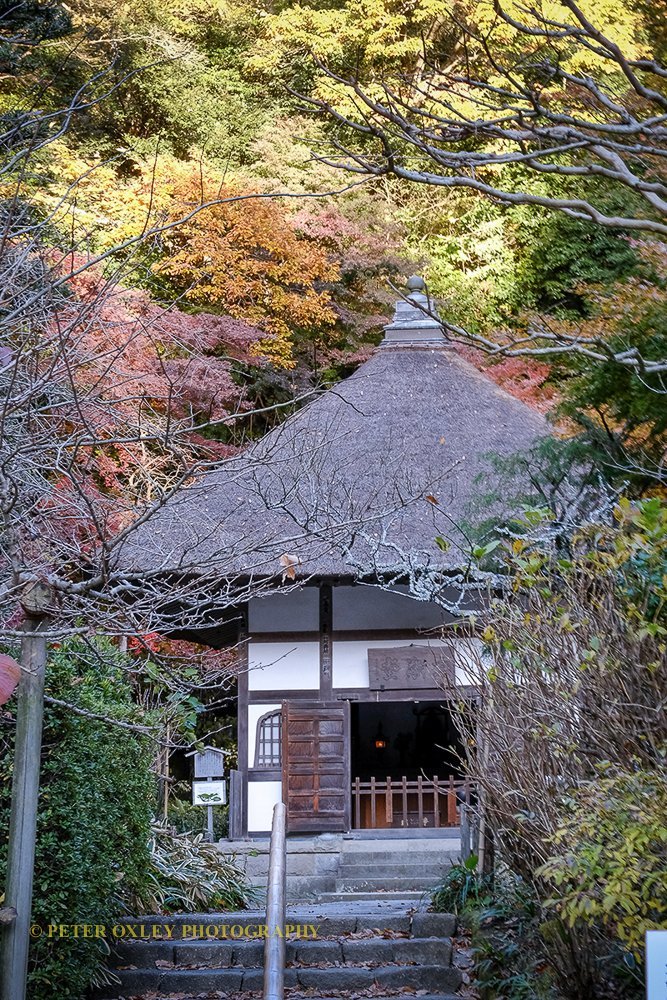 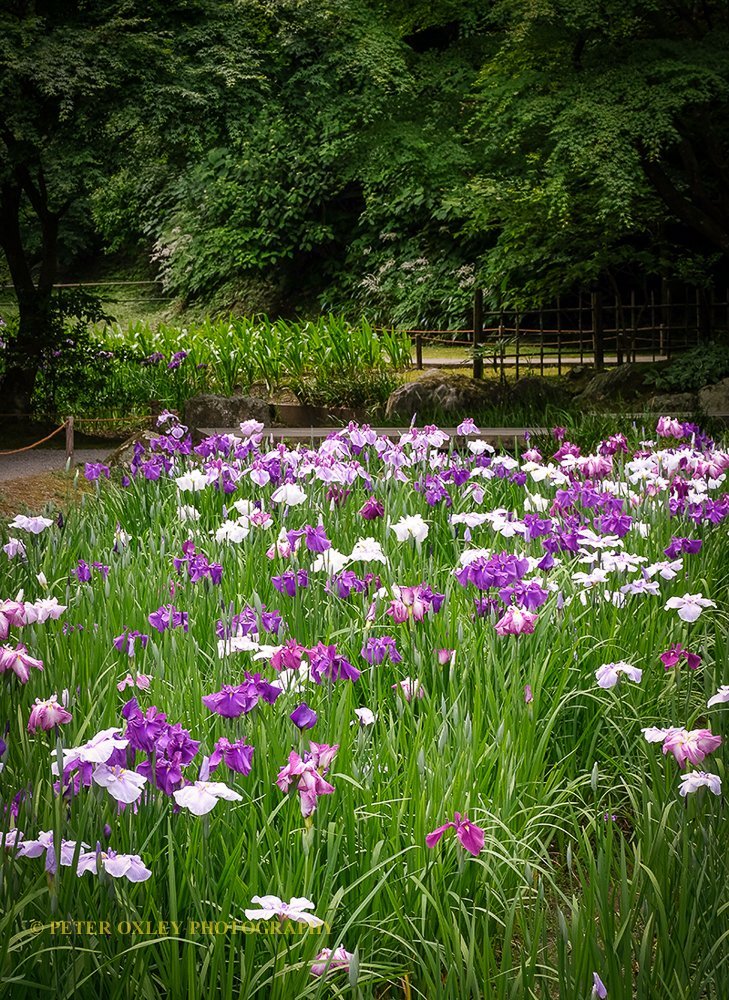 Irises in the inner garden. 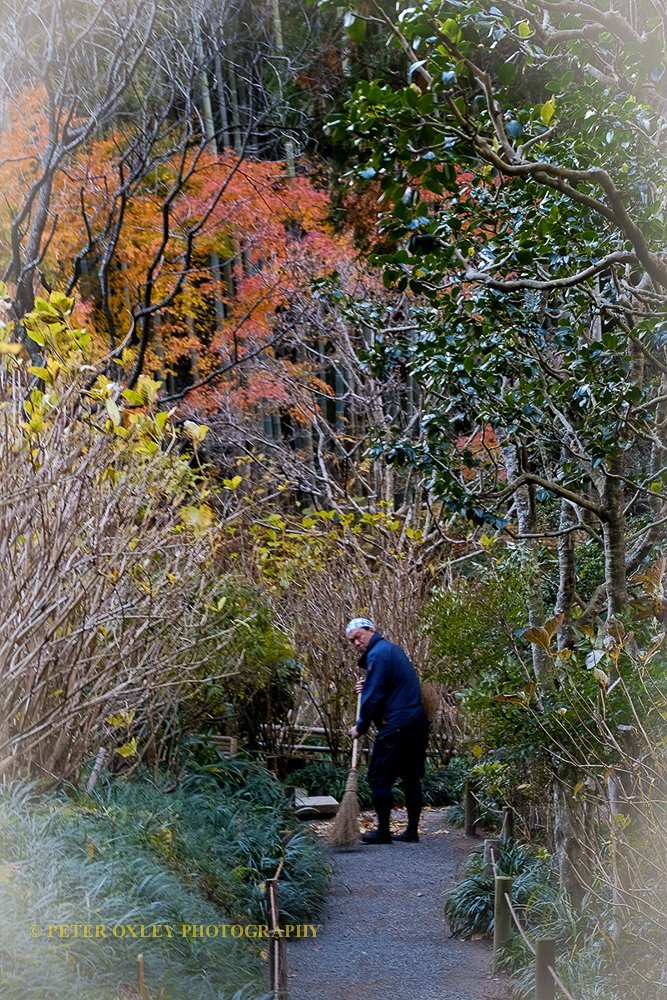 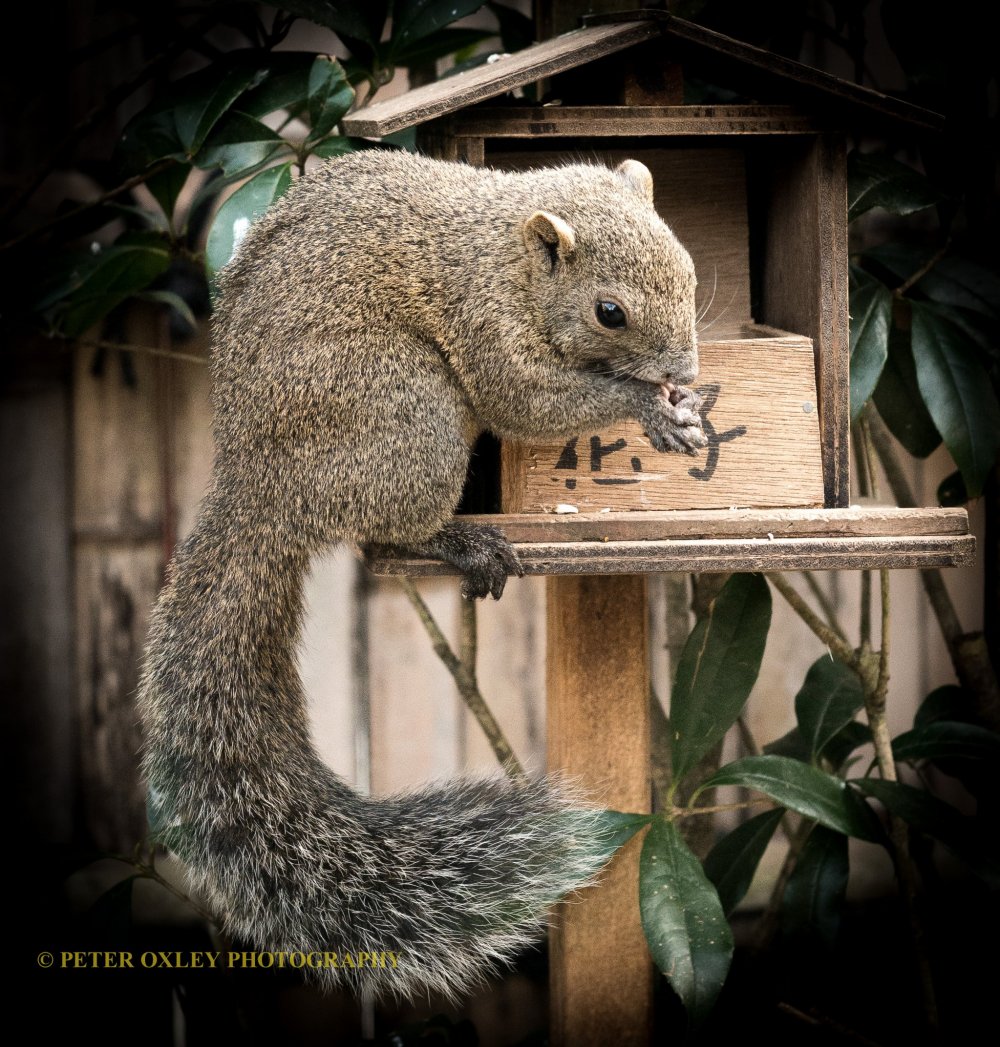 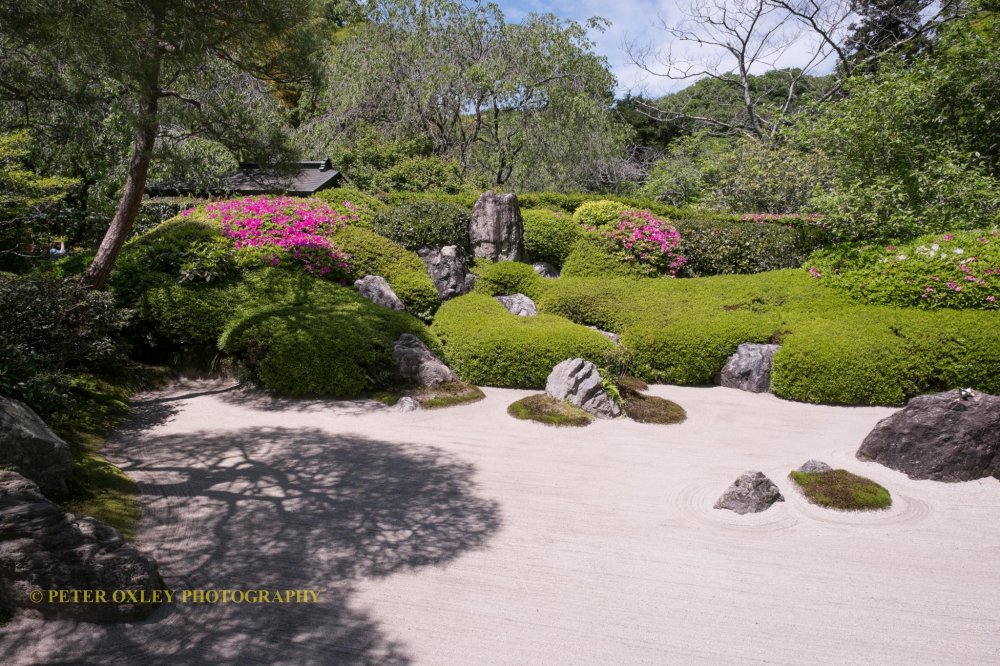 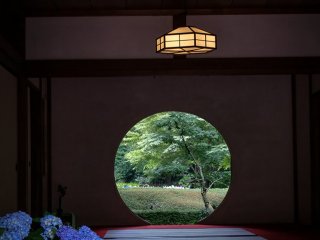 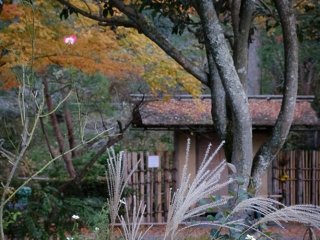 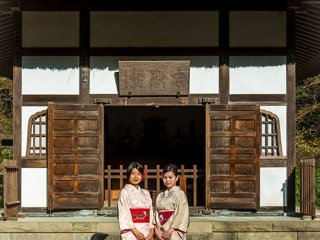 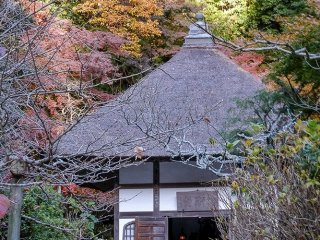 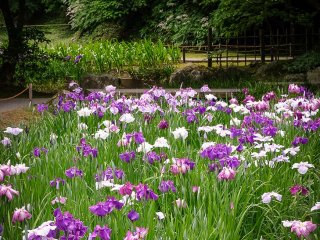 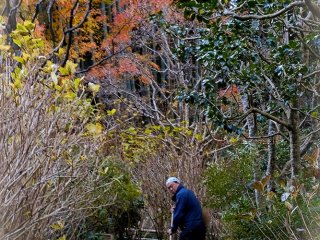 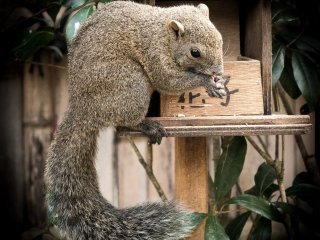 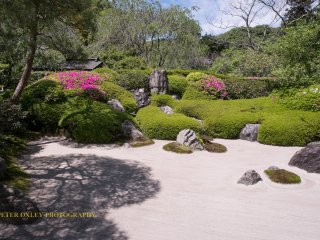 Meigetsu-in was built in 1383 as a hermitage by Uesugi Norikata (1335-1394) of the powerful Uesugi clan, on the site of a repose constructed in 1160 in memory of a distinguished warrior who perished during the Taira/Minamoto power struggle in the late Heian Period.

Part of a Larger Temple Complex

Most of Zenkoji was demolished in the aftermath of the anti-Buddhist purge (haibutsu kishaku) following the Meiji Restoration of 1868 that proclaimed Shinto as the state religion and the emperor as the divine figurehead.

Honors the Memory of Both Founder and Regent

Today, Meigetsu-in (in indicates a small or minor temple) is all that remains of the once sprawling complex. However, it continues to honor the memory of both Tokiyori and Norikata, the former enshrined in a mausoleum located next to the teahouse near the outer gate, So-mon, and the latter buried in a grave in the yagura (burial caves) next to the thatched-roof Soyu-do (Founder’s Hall). It was in these same caves, the largest in Kamakura, that the fallen warrior mentioned in the first paragraph was buried some 220 years earlier.

History aside, most visitors come to the temple to see the beautiful grounds and natural scenery, the dry Zen garden, and the circular-shaped Moon Window overlooking the Inner Garden, which is open to visitors only twice a year: in June for a lovely display of blue and white irises, and in late November/early December for the colorful autumn leaves. The dry Zen garden (karesansui) of raked sand and rocks surrounded by flowers and shrubs is said to represent Mount Shumi, a mythical mountain in the Buddhist cosmos.

Sometime during the mid-20th century, more than 2,500 blue hydrangeas were planted in the temple grounds, particularly along the path and stone steps leading up from the Katsura-bashi bridge to the Chumon gate. Today, viewing the spectacular display of the hydrangea blooms during the rainy season in June and early July is somewhat of a pilgrimage not only for visitors from Tokyo, but for tourists coming from around the world.

A visit to Meigetsu-in to view the hydrangeas has become so de rigeur that visitors start queuing from 7:30 in the morning, hoping to be first on site when the temple gate opens half an hour later. For this reason, the temple is now also known as Ajisaidera or Hydrangea Temple.

Meigetsu literally means bright moon but can also be read to mean harvest moon. The temple's designation is derived from Norikata’s posthumous name.

It is interesting to note that chushu no meigetsu signifies the first day of harvest, and that the custom of appreciating the harvest moon in mid-August originated in Tang dynasty China. This was taken up by the aristocracy in Heian Japan, and celebrations of this fortuitous festival later spread through the samurai to the common people. The annual event is traditionally celebrated by viewing the harvest moon through susuki grass (Miscanthus sinensis) arranged in a vase while sipping a cup of hot sake.

The Moon Window (Satori no Mado) or Window of Enlightenment in the Hondo (Main Hall) is positioned at the far end of a tatami room that is tastefully decorated in minimalist style to suitably reflect and bring out the beauty of the Inner Garden in any season - autumn, summer, winter, or spring. The window is a perennial crowd-drawing attraction, particularly among photographers.

Due to the temple’s connection to the moon and the Japanese folklore that you can see two rabbits pounding rice on the face of the moon, it is not surprising to find white bunnies residing on the premises, housed in a large wooden hutch purpose-built for their accommodation.

Nearby, squirrels from the surrounding hillsides drop by at daily feeding time, and not to be outdone, occasional cats, most likely in-house pets, patrol the temple precincts.

You could very well say Meigetsu-in is an eco-friendly haven for flora and fauna alike. Sakura, azalea, hydrangea, bamboo, and a whole variety of plants thrive and adorn the well-tended grounds.

Meigetsu-in is a great place to commune with nature. No wonder it has been voted the favorite temple of Kamakura's residents.

Kim 3 weeks ago
The hydrangeas and irises are such a treat at this time of year :)
Reply Show all 0 replies
1 comment in total

Kim 3 weeks ago
The hydrangeas and irises are such a treat at this time of year :)
Reply Show all 0 replies
1 comment in total