A temple with a view, off the beaten path

I live close to Kamakura, Japan's ancient former capital, and in a free afternoon I'll sometimes head there to stroll around, enjoy the quietness, and pay a visit to any interesting-looking temples I find along the way. On one occasion I was in the area to the south-east of the station, around Chosho-ji, and this time I found Myoho-ji; it's a charming little temple which no-one else seemed to know about, but which has plenty of interesting history to discover.

For a long time, Myoho-ji and Chosho-ji were locked in argument over which was the true home of Buddhist priest Nichiren, founder of the important sect of Buddhism that bears his name. This argument was settled in 1787 by a shogunate tribunal, which ruled in favour of Myoho-ji. According to temple records, Nichiren lived here between 1253 and 1272, and it was here that, according to legend, he hid in a forest from his enemies, and was fed ginger by a white monkey.

Later in its history, the temple was rebuilt in 1357 by a priest called Nichiei, who dedicated it to his father, Prince Morinaga. Morinaga in turn was son of Emperor Go-Daigo, who had overthrown the military government in Kamakura in 1333 and briefly restored the imperial house to power. He would be the last emperor to hold power until the Meiji Restoration in 1868.

What you'll see is a handsome main hall made of zelkova wood, with a beautifully carved dragon and eagle under the roof. Follow the path to the side and you pass another attractive hall, then you find a bright red gate flanked by two fierce guardian demons. The mossy steps behind the gate are closed, I imagine because they're too slippery to climb safely, but there's a more recent flight of steps which leads to a path up to the hilltop.

At the top there's a memorial to Prince Morinaga and, again according to legend, the path that Nichiren took to escape his persecutors. There's also a good view across the town and Sagami Bay and, on a clear morning, all the way to Mount Fuji.

The temple is about 15-20 minutes' walk south-east of Kamakura station. If you don't want to walk, you can take bus number 3 bound for Zushi station, and get off at the Nagoe bus stop, from where it's just three or four minutes to the temple.

The temple is open daily from 9:30am to 4:30pm, except for a period of closure in February each year. 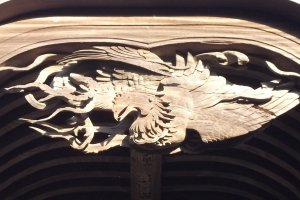 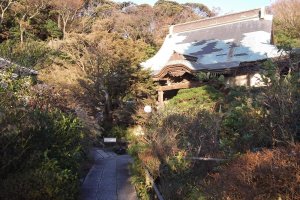 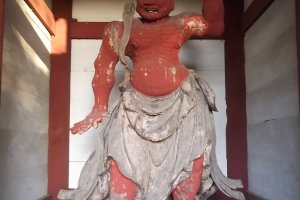 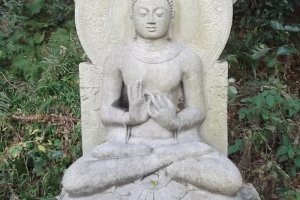 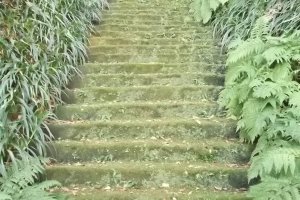 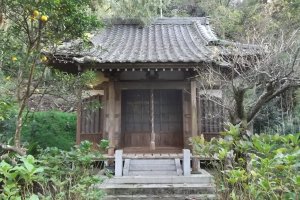 Sleiman Azizi 8 months ago
"... were locked in argument over which was the true home of Buddhist priest Nichiren..."

They should have just wrestled to see who was right.
Reply Show all 0 replies

Elizabeth S 8 months ago
Ah, you've discovered my secret temple! Many times I've lingered on the veranda, petting the resident cats and pondering the amazing adventures of Nichiren.
Reply Show all 0 replies
2 comments in total