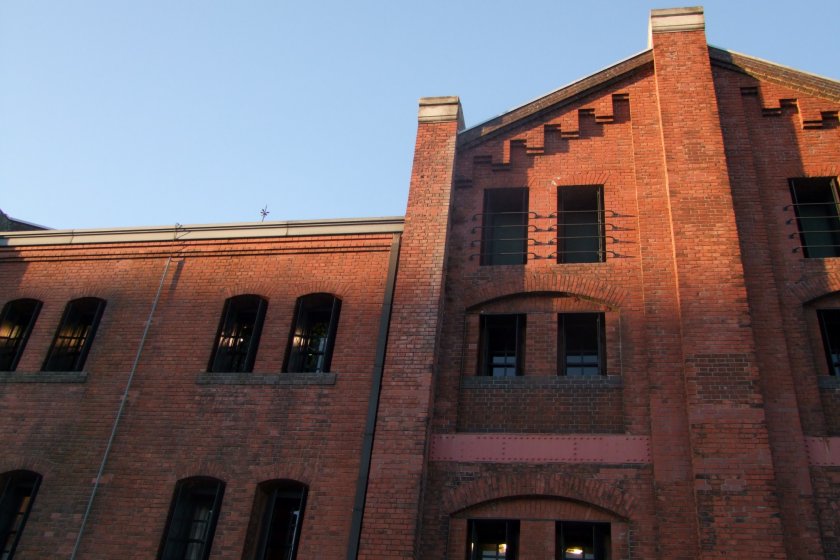 Shopping and eating center with a great vibe

The Red Brick Warehouse (Aka Renga Soko) is a pair of landmark buildings, an artsy shopping center, historic site, banquet hall, and event grounds. It is located next to the port in the Minato Mirai district of Yokohama.

The chilled vibe of the Red Brick Warehouse starts with its unique architecture. It's a massive building complex made of - surprise - red bricks, which are quite unusual in Japan. There are two main buildings running parallel to each other, with an open courtyard-like area in between. The interior of the buildings features the bricks, beautiful hardwood floors, and exposed ceilings. The appearance is very earthy and chic, and makes it a nice place to be.

Most of the buildings are made up of a shopping mall with a slightly off-beat, quirky vibe. While there are a few big-name, recognizable shops, there are also plenty of unique ones featuring creative products, handmade jewelry, overseas imports, and so on. This is a good place for souvenir shopping, as quite a few shops offer items bearing the name or image of the Red Brick Warehouse, and of other local Yokohama products. The stores are dotted with some fun features including a palm-reading center and a caricature artist. There is also a food court and a few isolated food stands, again with slightly nontraditional fare, including some organic restaurants, dessert shops, and plenty of out-of-town options.

For those looking for a more substantial dining plan, there are also some larger, sit-down restaurants, including the famous Australian breakfast restaurant bills, the buffet-style Fisherman's Market, and several higher end bars and cafes.

The complex also serves as a wonderful event space. Two of the most famous recurring events held here are Oktoberfest, an incarnation of the famous German beer festival, and Art Rink, an outdoor ice skating rink set up during the winter months. There are frequently concerts, art exhibits, and events held either outdoors or in the event space upstairs in one of the warehouse buildings.

The two buildings were constructed in 1911 and 1913 to be customs buildings for the nearby harbor. They survived the Great Kanto Earthquake of 1923, though required some repair and restoration. The buildings were requisitioned by the Americans during WWII, but were returned to their original use after the war, and continued serving as customs houses until 1989. After further restorations, they were reopened to the public in the current form in 2002.

Each building, as well as individual shops, operate on their own hours and holidays, so there is no universal schedule. Most shops open between 10-11:00am and close by 7-8:00pm. Many restaurants are open later. The nearest stations are Nihon-Odori and Bashamichi (Minato Mirai Line), while Sakuragicho and Kannai (JR and Blue Lines) are within walking distance as well. 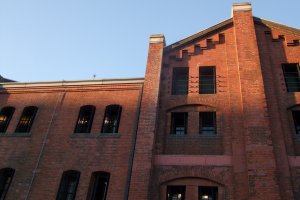 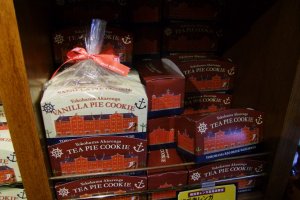 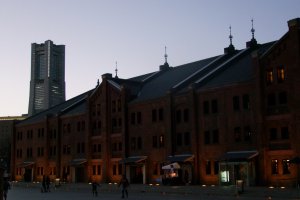 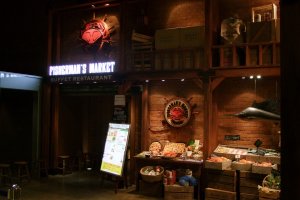 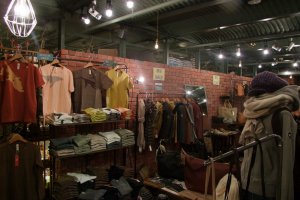 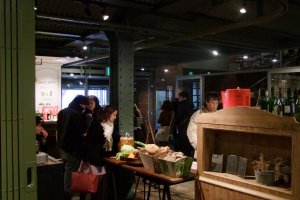