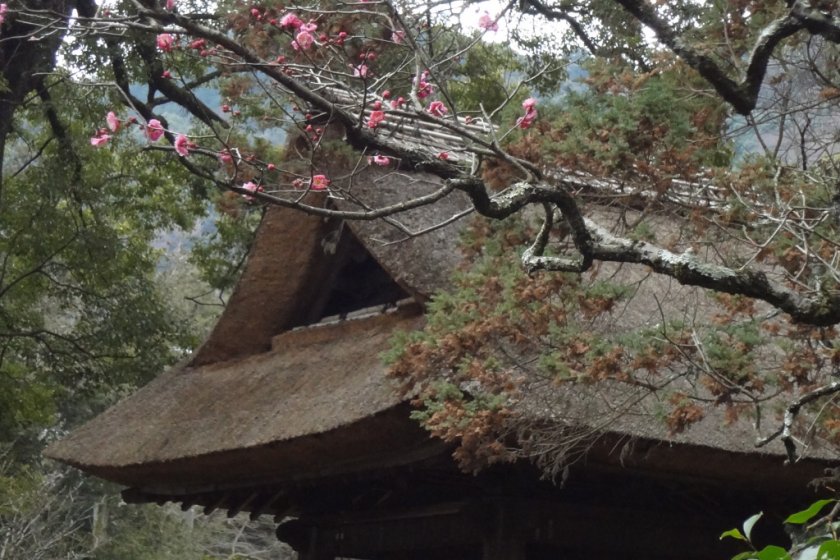 The final resting place of the late Hojo clan

A bell platform sits to the right of the temple’s entrance gate. It has a nice thatched roof.

So-un-ji Temple (早雲寺) was established in 1521 based on the command of So-un Hojo shortly before his death. It was his family that dominated what is now known as modern day Izu, Kanagawa and parts of Saitama and Tokyo for about 100 years. At the end of the warring states period in 1590, Hideyoshi Toyotomi who became the new ruler in Japan, overthrew Hojo, and the entire temple area was destroyed and burned down. So-un-ji Temple was rebuilt in 1672, and Hakone-Yumoto developed as a town situated in front of it. By the way, this Hojo family is different from the more famous Kamakura Hojo clan, and has no blood ties to them.

The temple is quite small, but has a refreshing and clean feel to it. The main building is for Buddhist ceremonies and isn’t open to the public. When I was there, plum blossoms had just started blooming—their deep pink flowers gave off a sweet fragrance. A bell platform sits to the right of the temple’s entrance gate. It has a nice thatched roof. The bell was crafted in 1330; much earlier than the temple itself. Behind the building is a dry landscaped garden and cemetery area. You can go into the cemetery and find the gravestones of the Hojos. They (five generations of them) are all buried here.

So-un Hojo, the patriarch mentioned above, was a ruling samurai warrior in the mid 1400s who was said to be a fair, virtuous, and resourceful man. He reduced taxes on the poor farmers and made lenient judgments in court. But he repeatedly betrayed and attacked his allies, seized new lands and expanded his territory. You can see a statue of So-un Hojo at the west exit of JR Odawara station.

There is a river in front of Hakone-Yumoto station. Cross over the red bridge near the station, and turn right. You will soon come to a mountain path. Follow the wooden signs for So-un-ji. It is the fastest way, but a bit tough of a climb. If you don’t want to climb the steep hill path, turn left after you cross the red bridge and walk until you reach a T-intersection. Turn right at the intersection and walk for ten minutes. After passing an elementary school on the right, you will reach the temple gate.

Sho-gen-ji Temple (正眼寺) is a 5-minute walk from So-un-ji, along the Old Tokaido. The temple was established as a place to pray for the safety of those who were attempting to pass over the dangerous Hakone Mountains. This temple is also connected in part to the Soga brothers, whose revenge tale is performed in Kabuki quite often. If you have enough time, why not make a short visit to this temple, too? 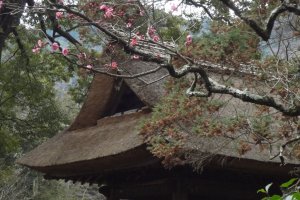 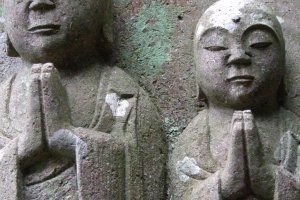 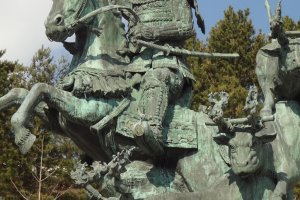 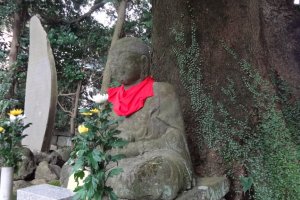 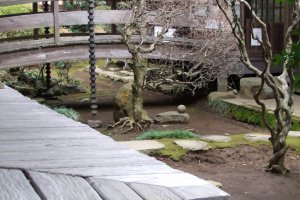 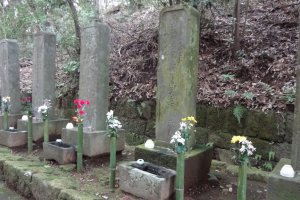 Elena Lisina 2 years ago
Tomoko-san, I couldn't find if this place is free or there is a fee to enter?
Reply Show all 0 replies
1 comment in total