Taro Okamoto (1911 - 1996) was a Japanese artist who was revered for his abstract and avant-garde works. He was often seen as being quite ahead of his time, and after his passing the Taro Okamoto Contemporary Art Award was established to honor artists who also show Okamoto's innovative spirit.

For this year's event there were a total of 616 entrants, and from that group 24 artists received the award. An exhibition at the Taro Okamoto Museum of Art in Kawasaki will showcase works from the award-winners which display some unique perspectives and ideas.

The Taro Okamoto Museum of Art is located around 15 minutes on foot from the South exit of Mukogaoka-yuen Station, which is served by the Odakyu line.

For those who opt to drive to the museum, parking is available by the Ikuta Ryokuchi Park's East Gate. 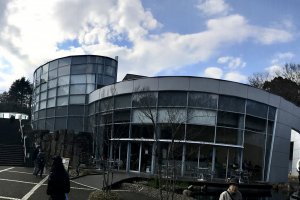 Elena Lisina 2 months ago
Visiting this museum is in my plan! I regret I didn't know about it when visited Nihon Minkaen as they're quite near each other.
Reply Show all 0 replies
1 comment in total