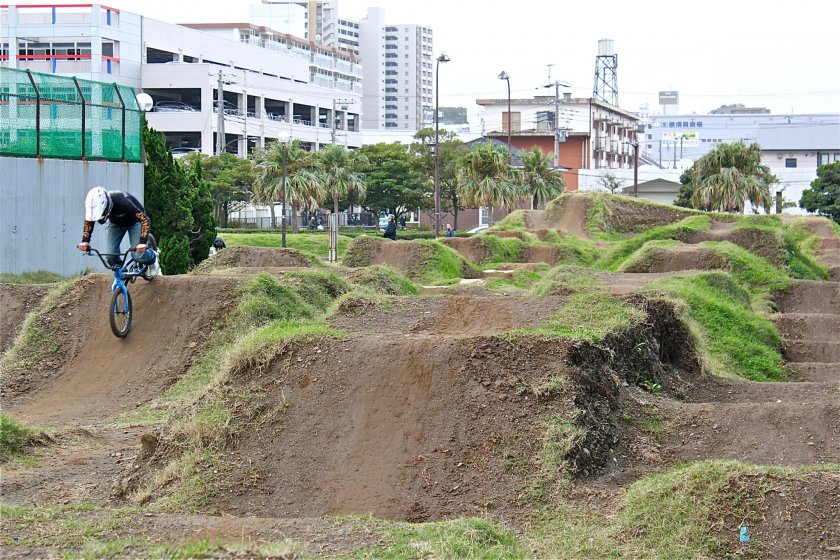 An impressive BMX trail to test your jumping skills

City parks in Japan are a few and far between, but when you do find a gem it usually becomes at least a half-day excursion because of all the fun you can find! The gem in Yokosuka is called Umikaze Promenade (Sea Breeze Promenade). Conveniently located next to one of the largest shopping and grocery outlets, LIVIN, the park offers so much to do for just about everyone. A popular destination in the summer, you can still find something to do during the crisp, Fall season.

Do you fish? Umikaze park is bordered by Tokyo Bay with a view of Sarushima Island (Monkey Island). Many fisherman, beginners and fanatics alike, seem to enjoy casting their lines from here. I’m not exactly sure what type of fish they catch, but it sure looks like its therapeutic to say the least. With that said, be cognizant of the hook, line and sinker as you travel along the boardwalk.

Bring your sports equipment! You can practice your dirt riding skills on the various jumps of the impressive BMX trail. If you’re more of a skater, try the numerous ramps, rails and the concrete bowl. There was a good group of skate boarders there on the weekend. A father was helping his young son build confidence on going up a ramp, while teenagers were more adventurous in the bowl. An older gentleman on his roller blades stole the show ramping up speed and flying off of the center platform.

In the same section there are two basketball courts available. Although not full court, the side-by-side design is still plenty of fun and good exercise. On the opposite side you can find two large tennis courts where you can play against the undefeated champion: the wall. It’s a nice feature for the small children who can’t chase after the ball fast enough that their parents so powerfully serve. If you’re just in the mood to watch, there are picnic tables on the raised hills that separate the two courts.

In the expansive grassy area, barbecuing is permitted. So, be sure to reserve your spot early to set up tent. There’s a small BBQ shack in the back that offers rentals on grills, chairs and coolers, but I think hours are limited depending on the season. If all else fails, you can simply visit LIVIN for food and beverage or last minute BBQ items.

Small children? As you move inland there’s a nice playground and rock-climbing wall. Above that same wall, a nice grassy hill was specifically made for sliding down on plastic seat discs. Even though I’m all grown up, one of these days I’m going to have to try that! On your trip back to the BBQ area, take a stroll through the romantic courtyard and then make your way to the circular brick stage. In the summer, the water feature is turned on in which children can splash to their hearts content. The Umikaze Carnival kicks off in July celebrating summer water sports. In August, the Kaikoku Fireworks are a sight to see! 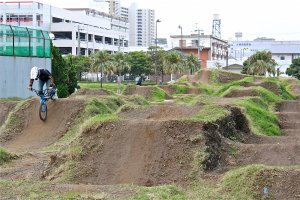 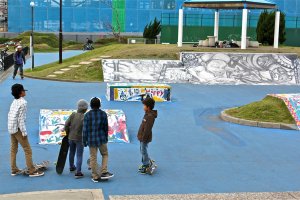 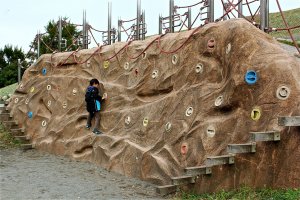 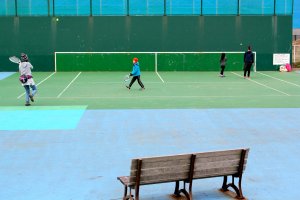 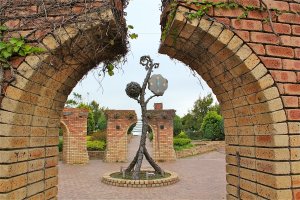 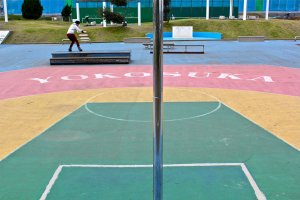