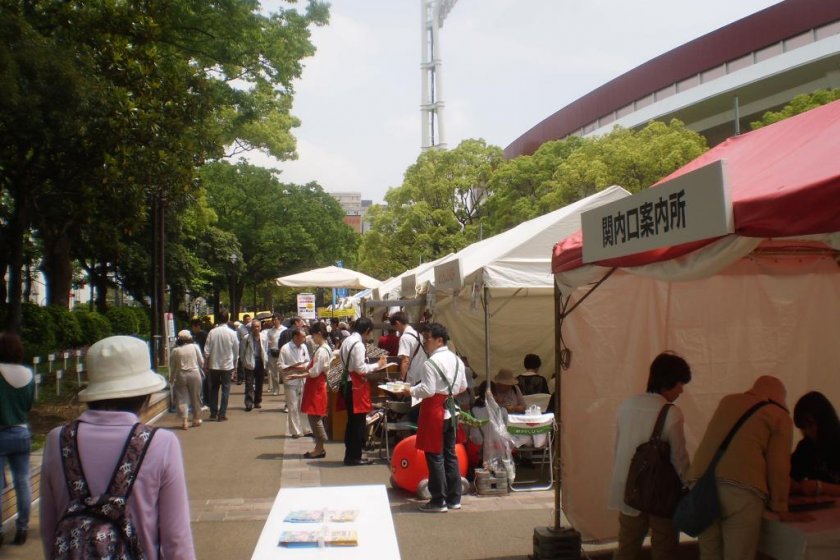 The Port of Yokohama opened as an international port in 1859 and there is evidence of this all over the city and port area. Most notably the famous Red Brick Warehouse. There are also celebrations to mark the opening almost every year as well. One of the longest celebrations to mark this event is the annual Yokohama Port Opening Bazaar. This bazaar began in 1920 and is held in Yokohama Park, or more commonly, the area immediately surrounding Yokohama Stadium (where the Bay Stars play).

Just as in any bazaar or flea market in any other country, there is a little bit of everything and something for everyone. Some of it is needed and useful, much of it is not. There are booths selling everything from steel jewelry to wine to plants. A popular booth when I was there was a shop selling clothes in a famous blue dye color. You could even buy used brand-name watches in one booth. Overall, the item that seemed to have the most booths was plants and flowers. These were everywhere. There also seemed to be a number of small clothing shops but the clothes appeared to be aimed at an older age range. The Post Office also had a booth there selling stamps.

There are different booth areas and each seems to come with its own eating area, as with many Japanese festivals and celebrations, food seems to be the main centerpiece. The food ranges from the usual Japanese festival fare such as takoyaki, ramen, ChocoBanana, and Okonomiyaki (both Hiroshima and Osaka styles). This is supplemented by special food offerings of Hawaiian burgers and shaved ice and regional food offerings from Kyushuand various other locations around Japan. There is even some Vietnamese food available as well. There is an ample supply of seating areas both on grass and with umbrellas in the shadow of the baseball stadium.

In the center of the park, there is a fountain that is the setting for the free performances that are presented busker-style. Everything from dancers to balloon artists to chair climbers perform 3 times a day in front of the fountain.

Find out more about Yokohama Park. 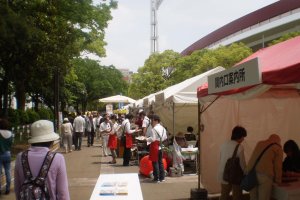 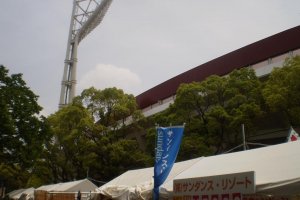 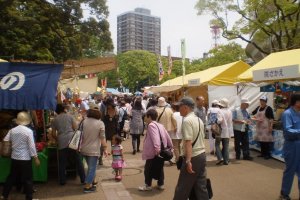 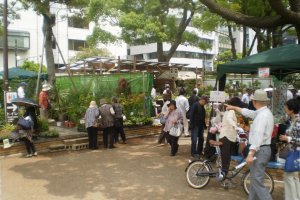 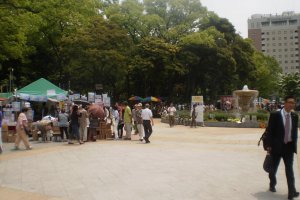 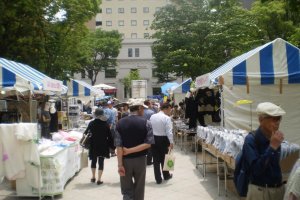 Elena Lisina 3 years ago
I like such things and always pick something.
Reply Show all 0 replies

Kim 3 years ago
You know with a history that long it has to be good!
Reply Show all 0 replies
2 comments in total