When the Kanagawa immigration office relocated away from central Yokohama to a port warehouse district, I was a bit annoyed at first, because of the longer journey and apparently less interesting location. But when I actually visited, I found that it was just round the corner from Mitsui Outlet Park, an appealing open-air shopping center with plenty of mid-market stores. So while I still don't exactly look forward to a trip to immigration, it does allow me to pick up some bargains as well as renewing my visa.

The shopping center itself is right on the waterfront, so you can admire the yachts of the wealthy as you approach. It's a very family-friendly place, with pleasant landscaping, and fun little slopes for the kids to slide down on the surface of UniQlo Park. All that makes for a pleasant, relaxed environment in which to hit the shops.

That's the main thing, of course, the shops. So what do we have? There's plenty of fashion and footwear for both men and women, with outlet stores from Timberland and Tommy Hilfiger, Eddie Bauer and United Arrows, Gap, Beams and CiaoPanic. Sportswear is also well represented, with Nike, New Balance and Puma all present and correct, Mont-Bell and Columbia for sturdy outdoor supplies, and a Quiksilver/Billabong outlet for surfer types. As well as those and many others, there are plenty of assorted non-clothing stores, among them Seiko for watches, a Lego store, Samsonite, and a Ralph Lauren Home factory store.

After you're done shopping, or if you just want a break, there are a few places to get food and drinks. I found some (relative) bargains at the Lindt chocolate shop, while you can get a range of reasonably priced meals at the Food Hall or Food Court. For just a coffee, snack or light meal, there are a handful of cafes dotted around, among them Glorious Chain Cafe, Logos and Starbucks. 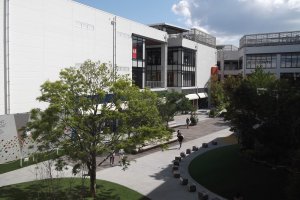 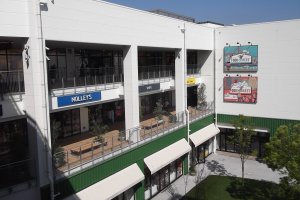 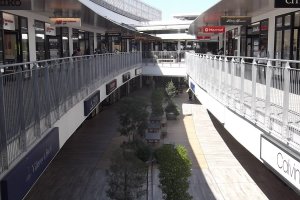 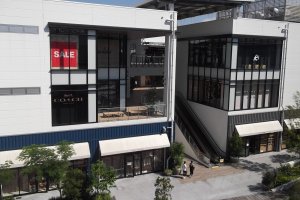