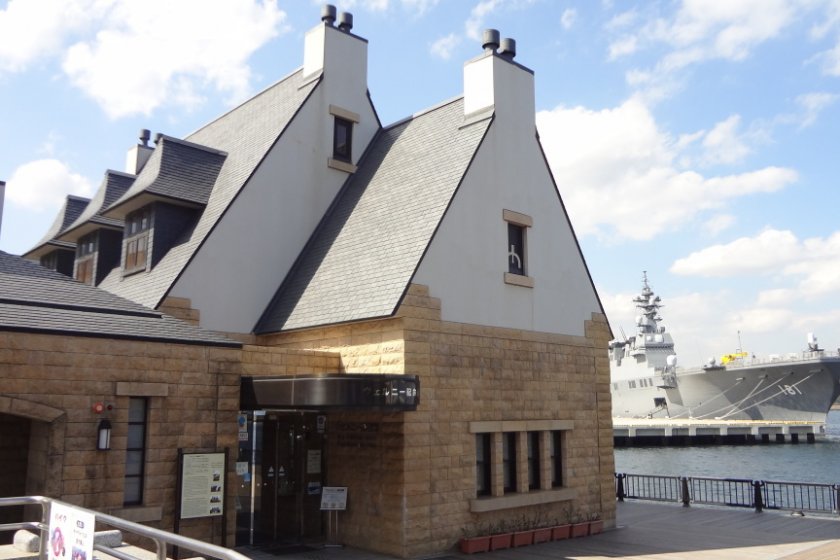 There is a beautiful park near JR Yokosuka Station called Verny Park. It is named after a Frenchman who came to Japan in 1865. How extraordinary it was that some foreign visitors saw Japan’s dynamic changes after the end of national seclusion! French technologist, Francois Leonce Verny came to Japan in the final days of the Tokugawa Shogunate, and then worked as a specialist for the manufacture of steel and shipbuilding until the new Meiji government took over the project.

Verny first arrived in Yokohama in 1865 with his plans and a written estimate for shipbuilding by the order of the French government. He was employed by the Tokugawa Shogunate as a kind of consulting technologist, returned to France quickly, found some other technologists to assist him, brought machine tools and implements necessary for shipbuilding and steel manufacturing back with him returning to Japan in 1866. What a busy year! Upon his return, he directed the construction of a red brick factory, reclaimed land, built other factories, and laid out a dry dock for the next step of shipbuilding. He was also involved in educating Japanese youth, and set up a school for science, math and French. Those subjects were all “musts” for an iron works at that time. Japan was able to build many ships under his leadership, as well as lighthouses, projects for the Imperial Household, the Tomioka Silk Mill and machinery for the Ikuno Silver Mine and so on.

During his work in Yokosuka, 92 Frenchmen were working and living there as well, and formed a French community. Their methods of accounting and bookkeeping were one of the things they brought with them to Japan. Another was the metric system

Verny at the time of Japan’s revolution

On January 15th in 1868, the Tokugawa Shogunate was overthrown and the new Meiji government was established. Our samurai history had finished. In the face of the revolution, Verny—who was in charge of the shipbuilding yard—stayed at Yokosuka despite the dangers. But within a few months, things quieted down and he was able to move forward with his work again. In 1875, construction of the first warship was completed. The Meiji Emperor came and attended the launching ceremony. At the end of the year, Verny was invited to the Imperial Palace and was granted an audience with the Emperor. For the new Meiji government, however, Verny’s contract was too expensive to maintain and so he decided to leave Japan in 1876 and return to France.

In appreciation for Verny’s great achievements, Yokosuka built a beautiful park next to JR Yokosuka Station. The park was named Verny Park and includes a small “Verny Commemorative Museum”. A huge steam hammer made in Holland originally and then imported to Japan from France in 1866 is exhibited at the museum. Looking at this massive iron hammer, you can feel the tough and dynamic power of real iron works. On the other hand, the park is a place to take a relaxing break. In May, it is filled with the sweet aroma of roses. Sitting on a bench, you can see American and Japanese warships at anchor in Yokosuka Bay. The reclaimed land that helped lay the foundation for Japan’s modernization 150+ years ago can also be seen from the park. People said Verny was humble but strong-willed. He came during a period of great confusion here and it was his strong will that in many ways led to the eventual completion of this naval port, Yokosuka.

After Verny returned to France, he became manager of a coal mine, and was at the same time a manager of a chamber of commerce at Saint-Etienne, a rural town in central France. He worked for 20 years and then retired in 1895. He finally settled down at Aubenas, his hometown. He lived in comfort and spent the rest of his life there. He died in 1908.

Verny Park is a nice, cozy, interesting place. Please put it in your plans as a place to visit if you are thinking about a trip to Miura Peninsula.

Find out more about Verny Park. 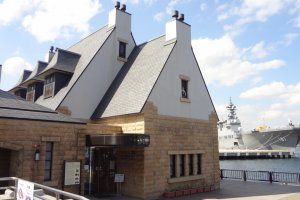 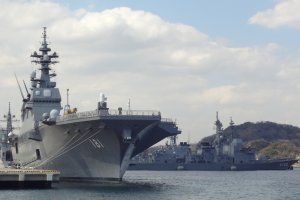 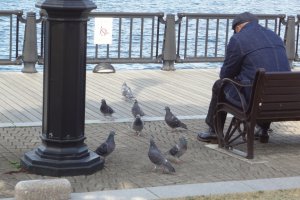 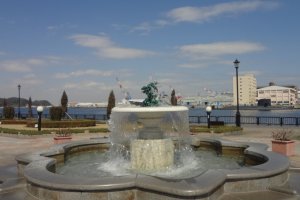 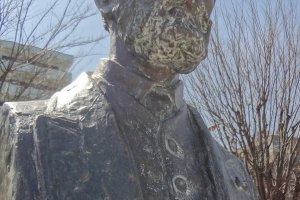 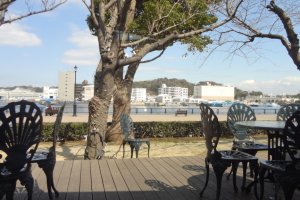